Agriculture is the predominant economic activity in Tonga, contributing around 20 per cent of GDP. About 75 per cent of Tonga’s population lives in rural areas, and agriculture and fishing are the main sources of livelihoods. Fewer than 10 per cent of farmers are commercial producers and most of Tonga’s agriculture is thus still based on traditional/subsistence farming systems. The agriculture sector has been stagnant for a decade, with virtually no growth recorded between 2005 and 2012. Factors contributing to this situation include outmigration of the rural population, an ageing farmer population, declining export opportunities, and the increasing frequency and impact of climate change-related extreme weather events. Tonga’s export vulnerability lies in its reliance on very few commodities, such as squash, the exports of which have been falling since 2003. Rising production costs have contributed to a decline in export competitiveness, as has the difficulty in meeting quality and phytosanitary requirements for the principal markets of New Zealand and Australia. 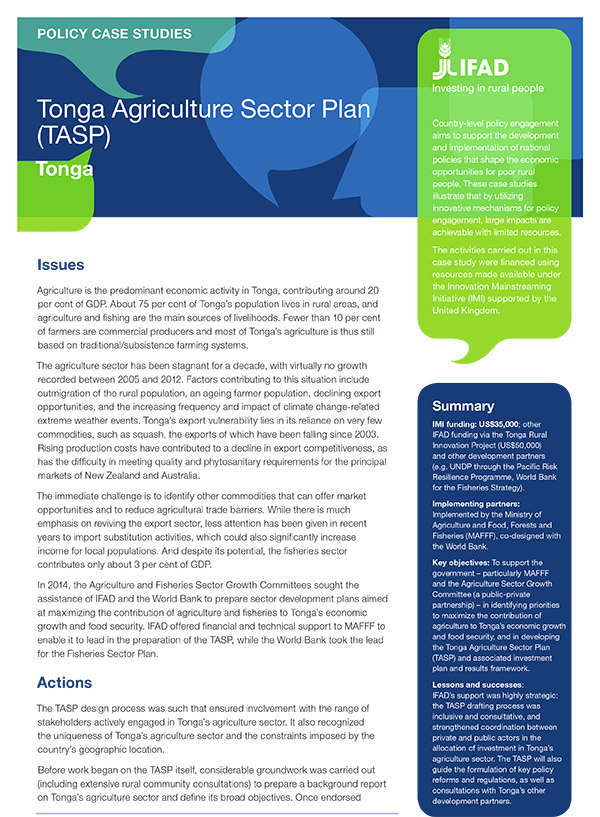