2 November 2021, Glasgow – The Government of Honduras and the International Fund for Agricultural Development (IFAD), the UN agency for rural development, agreed today in Glasgow to work together to access Green Climate Fund (GCF) financing to promote small-scale climate-smart agriculture in the country. To demonstrate that mutual commitment, Honduran President Juan Orlando Hernández and IFAD’s Director for Latin America and the Caribbean, Rossana Polastri, signed a joint statement in the context of the UN’s COP 26 Climate Change Conference.

Supplementary funds from GCF would allow IFAD and Honduras to amplify the outreach of the project for Developing Resilience in Sula Valley, currently in design and to which IFAD would contribute financing. The main focus of this rural development initiative is to increase the resilience and adaptive capacity of small-scale farmers in north-western Honduras, and to reduce their economic and social losses due to the effects of extreme weather events (floods, droughts and landslides).

“The fact that small farmers barely receive 1.7% of global climate funds puts at risk not only their livelihoods, but the food security of entire nations. We’re not only advocating, but also working to change this. Today’s signing is another step in that direction and we are confident that the strategic alliance between Honduras’s Government and IFAD will open the door to a fruitful partnership with GFC on this project,” said Polastri.

Honduras is one of the countries most affected by natural disasters and climate change. It generates immense annual economic losses and affects more than half of the rural population. The 2019 drought in Central America brought Honduras into a state of food emergency after the country reported crop losses of 72 per cent for corn and 75 per cent for beans. In 2020, most of the country was subject to the effects of hurricanes Eta and Iota, which affected 437,000 people and caused US$2.17 billion in damages, according to the UN’s Economic Commission for Latin America and the Caribbean.

The effects of climate variability in Honduras have reached such extremes that it has forced the rural population to migrate to other areas or to leave the country, creating a new category of “climate migrants”. Many of them are compelled to cross Central America and head for the United States, risking their lives on this hazardous road.

All these activities will contribute to the deep transformation of Honduras’s food system and support the implementation of the country’s National Climate Change Adaptation Plan (approved in 2018), and its Nationally Determined Contribution (NDC), the pledge countries submit to COP to describe their commitments to tackle climate change in their territories.

Since the 1980s, 13 IFAD-supported projects have brought about a total investment of US$302.3 million in Honduras (US$ 148.91 million from IFAD funds plus contributions from the Government, beneficiaries and other international institutions), benefiting 176,500 families.

Key activities of IFAD projects in Honduras include:

You can learn more about IFAD’s operations in Honduras here.

IFAD invests in rural people, empowering them to reduce poverty, increase food security, improve nutrition and strengthen resilience. Since 1978, we have provided US$23.2 billion in grants and low-interest loans to projects that have reached an estimated 518 million people. IFAD is an international financial institution and a United Nations specialized agency based in Rome– the United Nations food and agriculture hub. 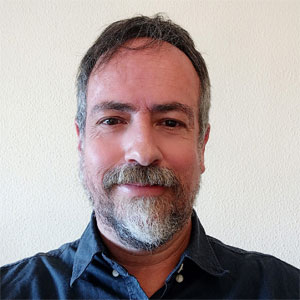