Rome, 3 August 2020 – We are failing in our response to increasing hunger levels by focusing predominantely on humanitarian aid,  said Dominik Ziller, the new Vice President of the International Fund for Agricultural Development (IFAD) who took office today. 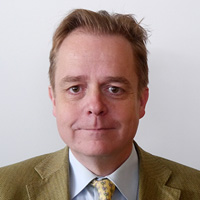 “We know that COVID-19 is going to dramatically increase hunger and poverty, particularly in rural areas. This is because most rural people depend on agricultural supply chains for their incomes and food, and these supply chains are being disrupted,” said Ziller. “It is not enough to respond with humanitarian assistance alone. We have to build crisis-resilient supply chains, otherwise people will keep going to bed hungry.”

According to the report on the State of Food Security and Nutrition in the World released last month, hunger has increased in the past five years, and the impact of the COVID-19 pandemic is expected to leave an additional 83 to 132 million people hungry by the end of the year.

IFAD is an international financial institution and specialized agency of the United Nations dedicated to eradicating rural poverty and hunger in developing countries. Ziller, a German national and the former Director General for International Development Cooperation at the German Federal Ministry for Economic Cooperation and Development (BMZ), starts his new role at IFAD at a pivotal time.

“Five years ago we, the global community, made a promise when we adopted the Sustainable Development Goals. We are completely off track in achieving Zero Hunger, and we only have 10 years left to fulfil our promise,” said Ziller.  “But we can’t put our hands in our laps and give up. We have to go the extra mile. And that is why I am very pleased to join IFAD – an organisation that I believe can really help build a world without hunger.”

The majority of the world's poorest and hungriest people live in rural areas and depend on agriculture and related activities for their livelihoods. As the second in command of the Fund, Ziller will provide counsel and support on IFAD’s strategic direction and all aspects of its operations and activities, and will help strengthen the political and financial support for IFAD among Member States.

In his previous role at BMZ, Ziller’s responsibilities included the European Union's development cooperation, and the development pro­cesses of the G7 and the G20. During Germany's G20 Presidency, he chaired the Development Working Group. He previously worked for the German development agency Deutsche Gesellschaft für Internationale Zusammenarbeit (GIZ), where he was a member of the Executive Management Committee.