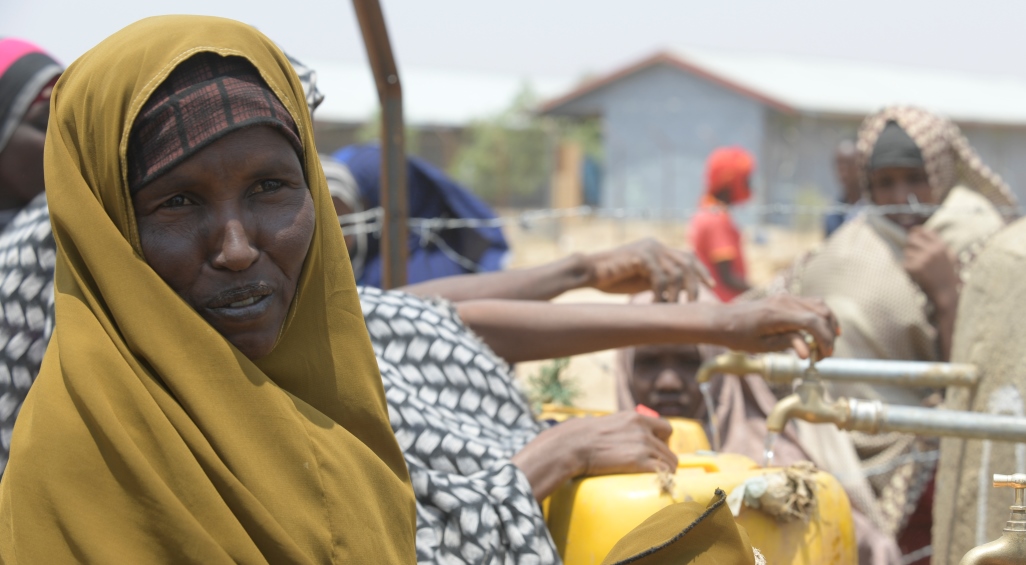 In September, the Heads of the UN’s three Rome-based food agencies visited drought-affect parts of Ethiopia where at least 8.5 million people were in need of food aid.

IFAD’s President Gilbert F. Houngbo, joined by José Graziano da Silva, Director-General of the UN Food and Agriculture Organization (FAO) and David Beasley, Executive Director of the World Food Programme (WFP), travelled to two regions - one more greatly impacted than the other – to assess the situation on the ground and understand better how their projects are helping people cope with the challenges of a changing climate. 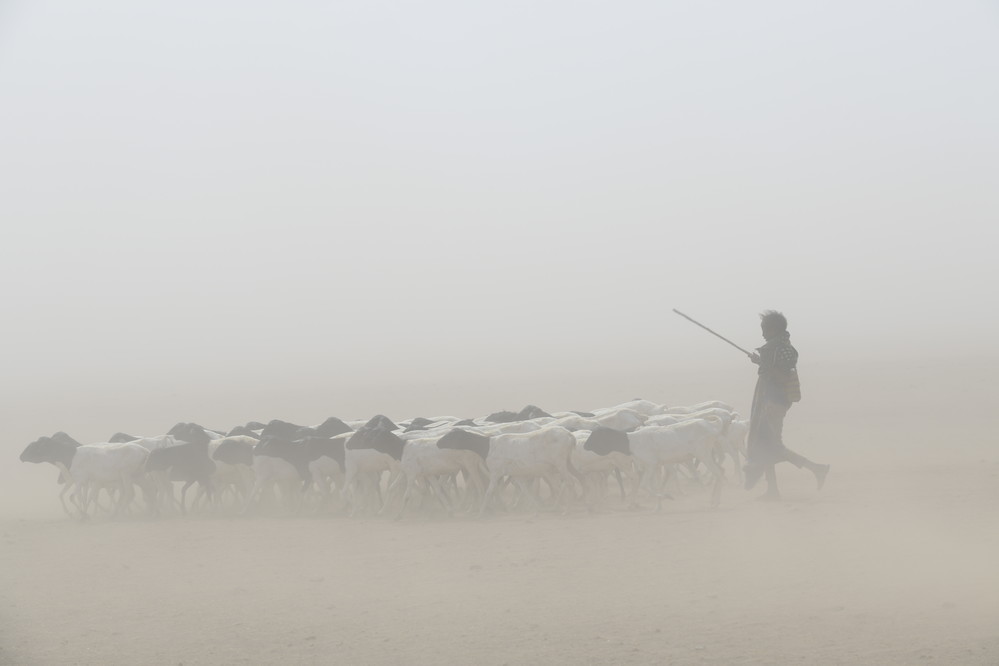 In the Somali region of Ethiopia, rains have failed for the third consecutive year. The death of many livestock has caused a breakdown in pastoral livelihoods, contributing to soaring hunger levels and alarming increases in malnutrition rates. Decades of low investment in long-term development here has left people unable to adapt to unpredictable weather. 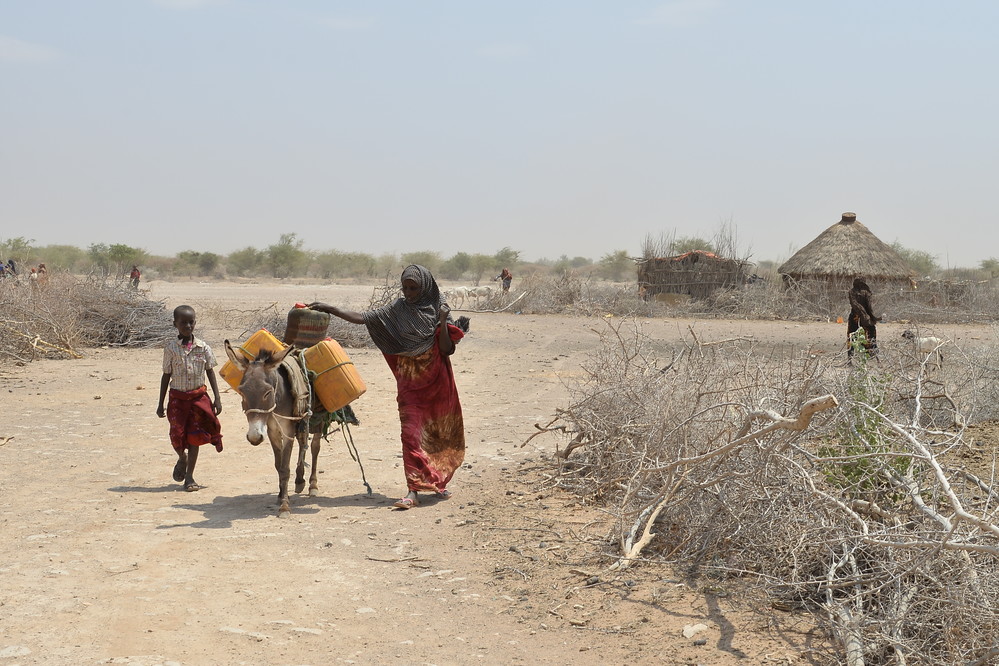 The long journey to find increasing scarce water is dangerous, say the women of the Danan district. Besides walking many kilometers in the harsh environment with its heat and wind, crocodiles and other wild animals come to rivers to drink and many women never return. 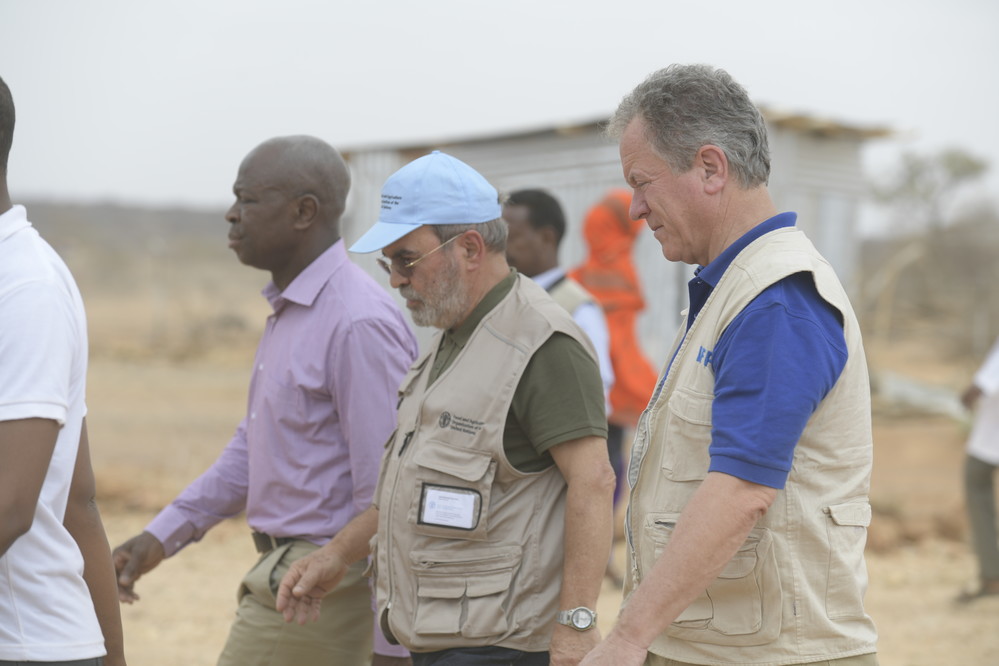 The Heads of IFAD, FAO and WFP visit Danberweyne village in the Somali region where the agencies have complementary projects. WFP provides emergency food distribution, FAO supports emergency livestock fodder and veterinary care while the IFAD-supported project provides human and animal health centres as well as life-saving water points a few kilometres away. 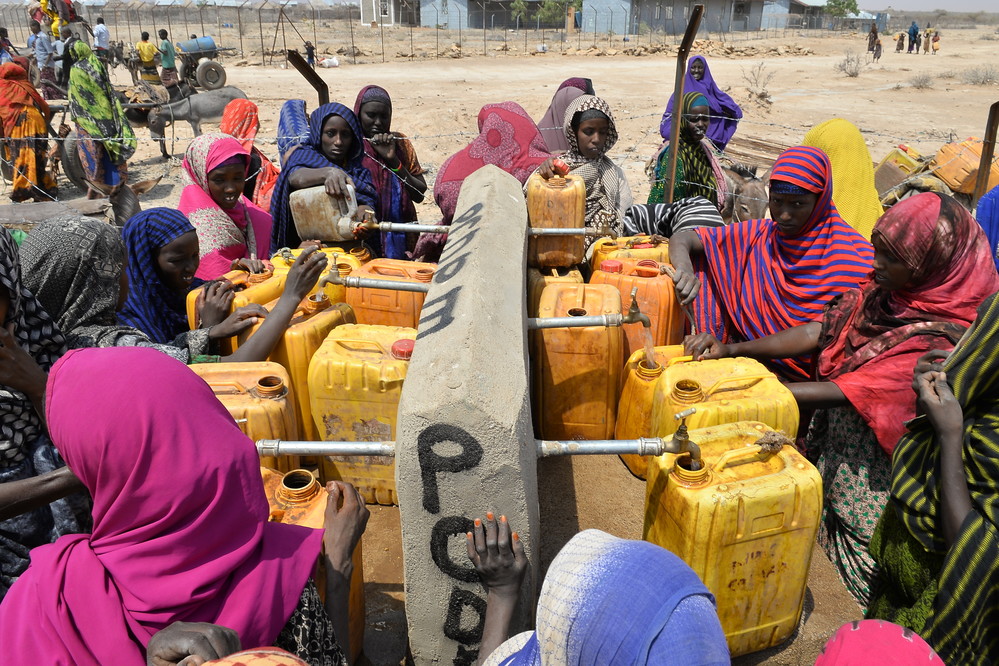 The construction of this water point is part of the IFAD-supported Pastoral Community Development Project (PCDP III). Project activities are driven by community demand and community-based investments, providing access to water and social infrastructure to increase incomes, improve health and nutrition and build resilience to drought and other external shocks.

This water point is saving many lives, said this woman who was fetching water for her seven children. Not only is it less hazardous to access than walking to the river, but the water here is also a good quality that is safer to drink. 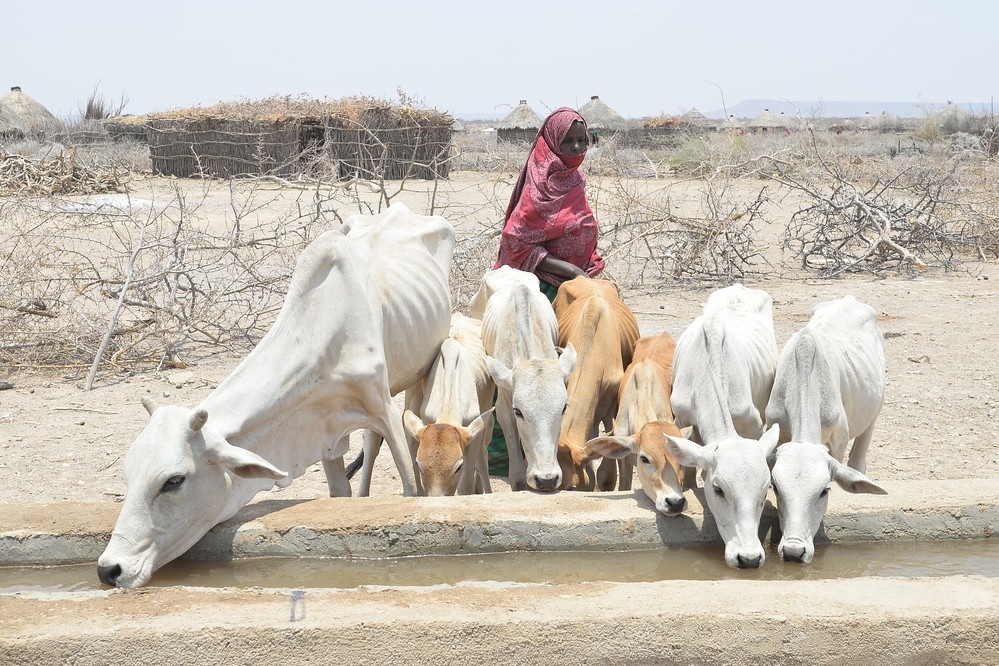 Wherever IFAD has supported the construction of water points, no water rationing has been needed, even in areas hit by the ongoing drought. 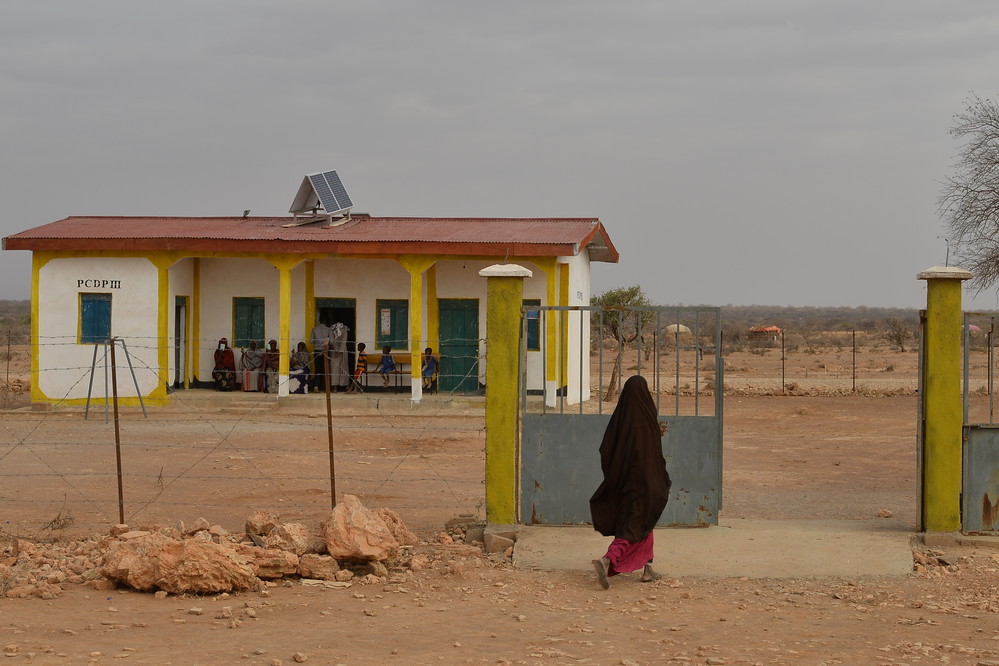 Through PCDP, the community in Danberweyne village identified accessing health services as one of their primary challenges. With the financial and technical support of the project, they constructed this health centre. The community contributed 10 percent of the total cost in the form of labour and local materials and 5 percent in cash. The remainder was funded by the project. 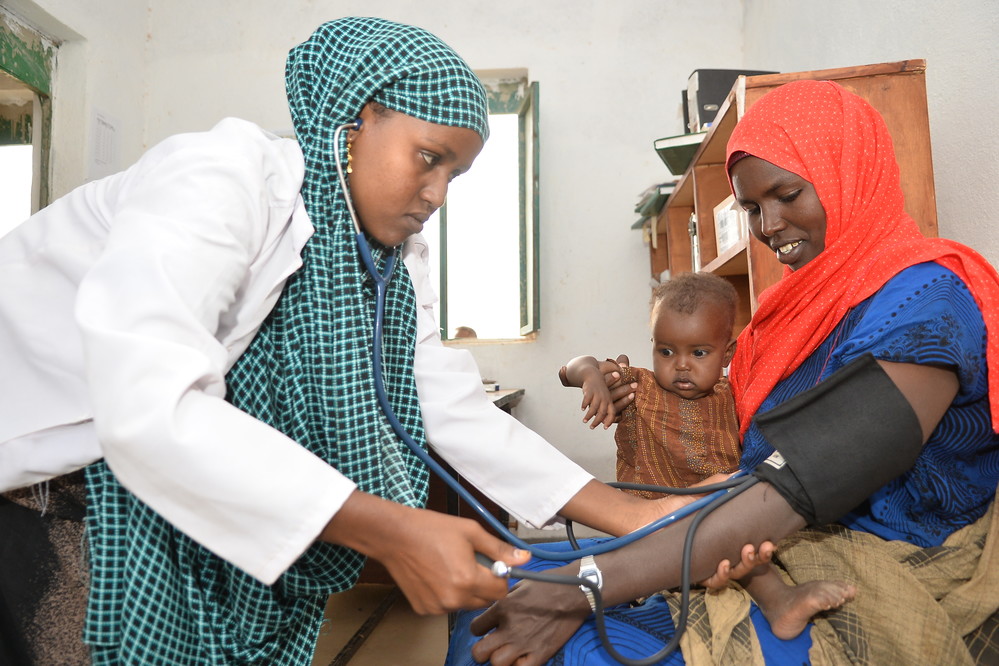 In the year since the health centre has opened, 2,500 people have accessed its services, including mothers and children who are particularly vulnerable to diseases and sickness during times of drought. A health users’ committee has been established to manage and maintain the health post. They have received training in sanitation and management, ensuring the sustainability and productivity of the health centre. 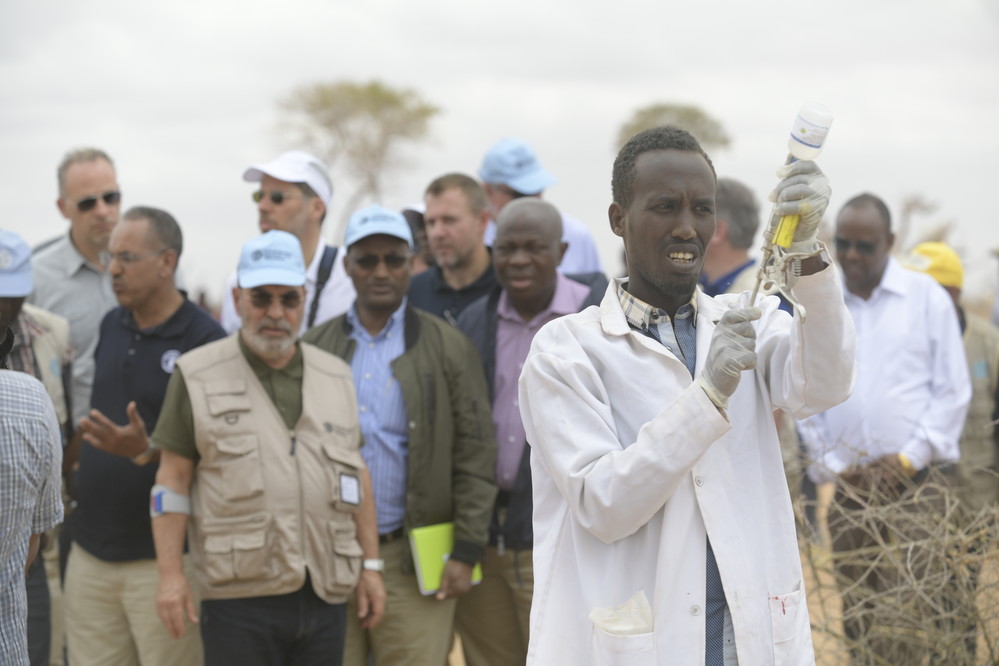 In the same village, IFAD and FAO work closely together to support the care and treatment of the surviving livestock. FAO-supported veterinary services provide vaccinations, whilst the newly completed PCDP animal post provides other health services and is expected to benefit more than 82,000 livestock and significantly decrease disease, injury and loss of life. 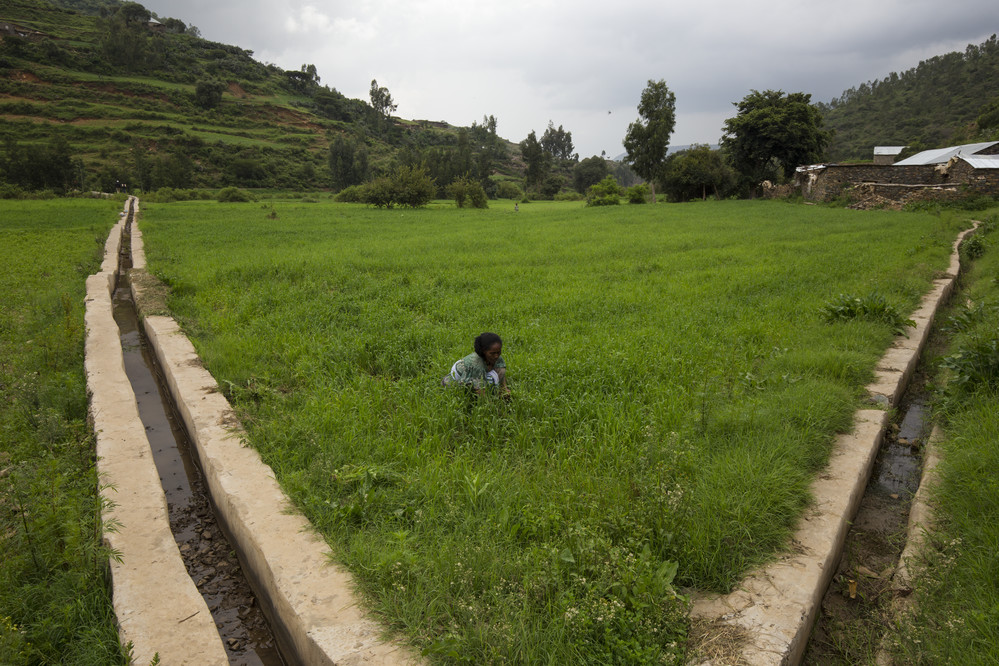 The Heads of the three agencies saw a completely different situation in the Atsbi Wenberta district in the northern Tigray region, where decades of development investments have helped the community become more resilient to the impact of droughts. Each agency’s complementary projects here have contributed to increased incomes and improved nutrition. 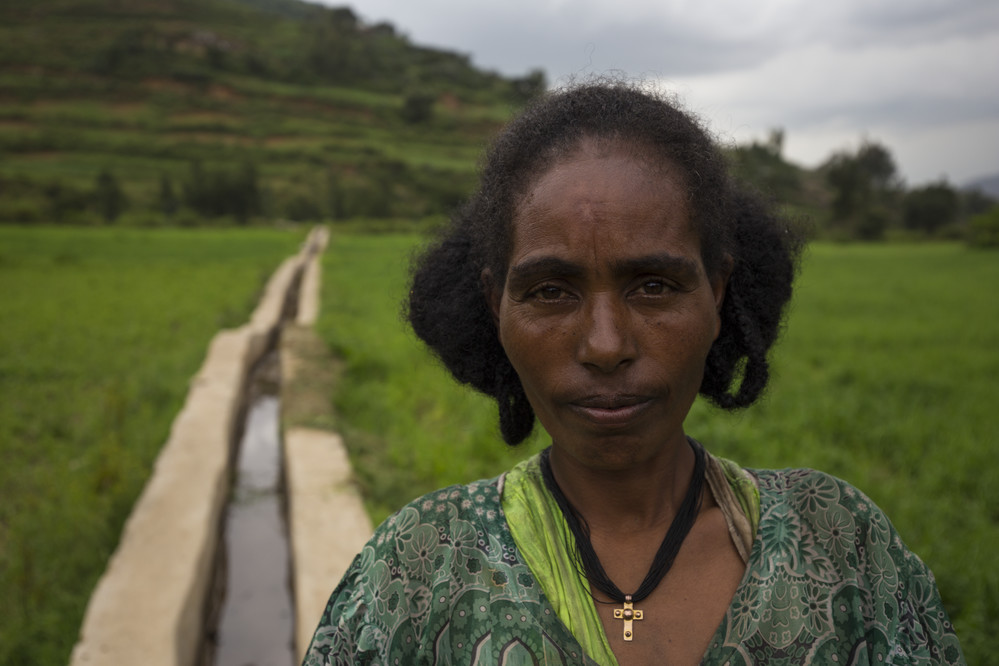 Fireweyni Gebre  is one of the farmers benefiting from the IFAD-supported Participatory Small-scale Irrigation Development Programme (PASIDP II). She lives in one of the most water-stressed areas in the region, where the majority of the population depend on rain-fed agriculture. The low and erratic rainfall in recent years resulted in repeated crop failures and scarcity of food. Through the project, 90 hand-dug wells and two river diversions have increased the availability of water, facilitating the irrigation of some 47 hectares. Fireweyni Gebre can now grow vegetables such as tomatoes, cabbages, onions and potatoes and earn a sustainable income to feed her family. 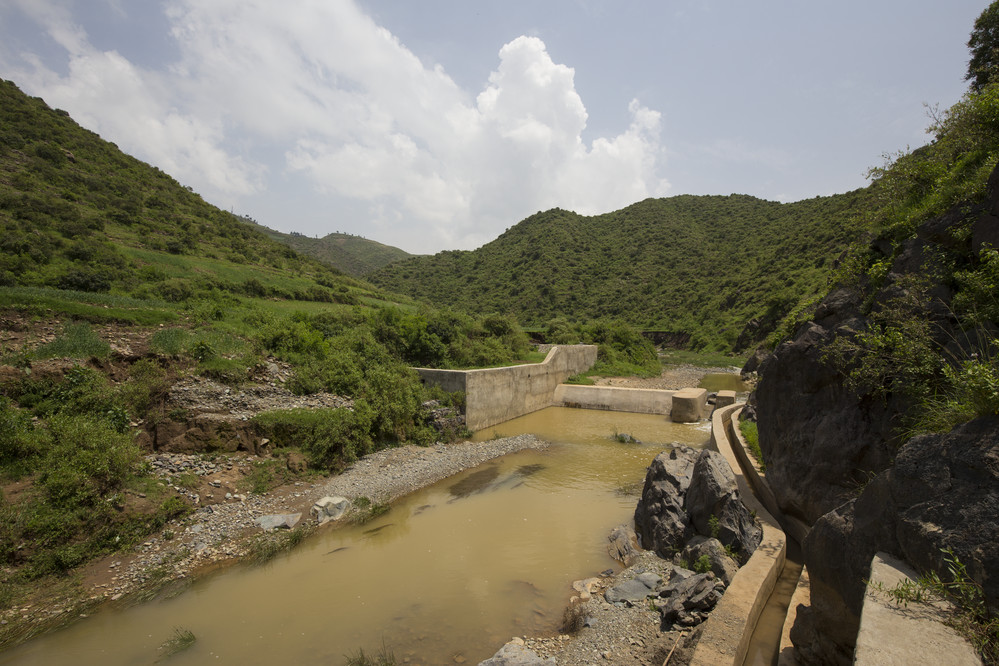 This catchment area constructed by the project allows farmers to have greater and more reliable access to water, thereby increasing their agricultural productivity and incomes, and ensuring they are more resilient to unpredictable and adverse weather patterns, including drought. 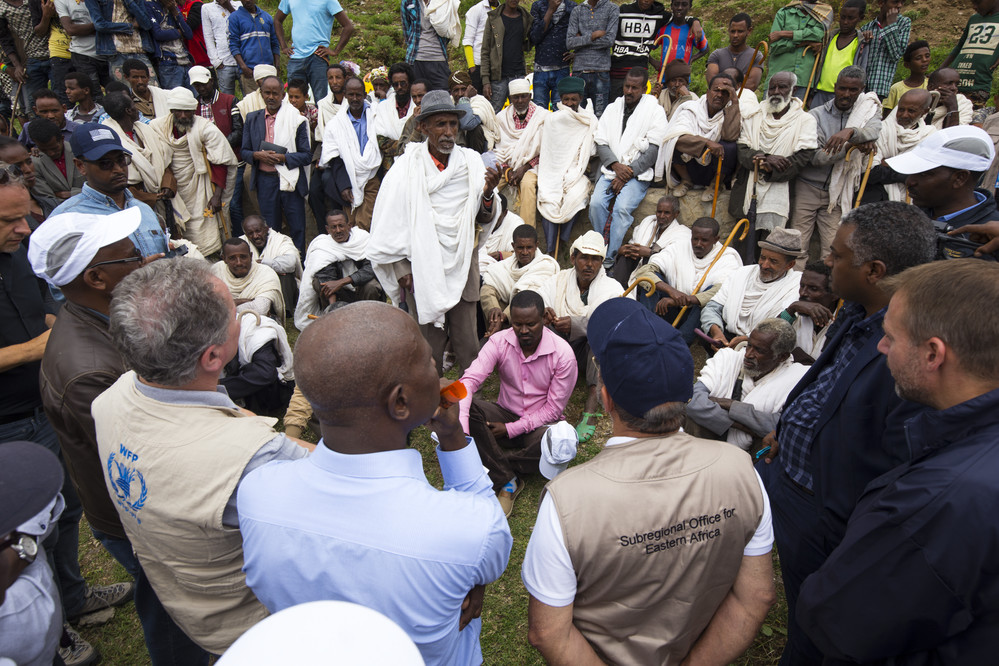 Farmers tell the heads of the UN food agencies that 10 years ago they struggled to grow anything during the dry season. Now they can grow food all-year round. Their incomes, nutrition and quality of life have improved. Crop yields from irrigated areas have tripled compared to rain-fed yields, and farmers’ average incomes from the sale of vegetables has tripled. 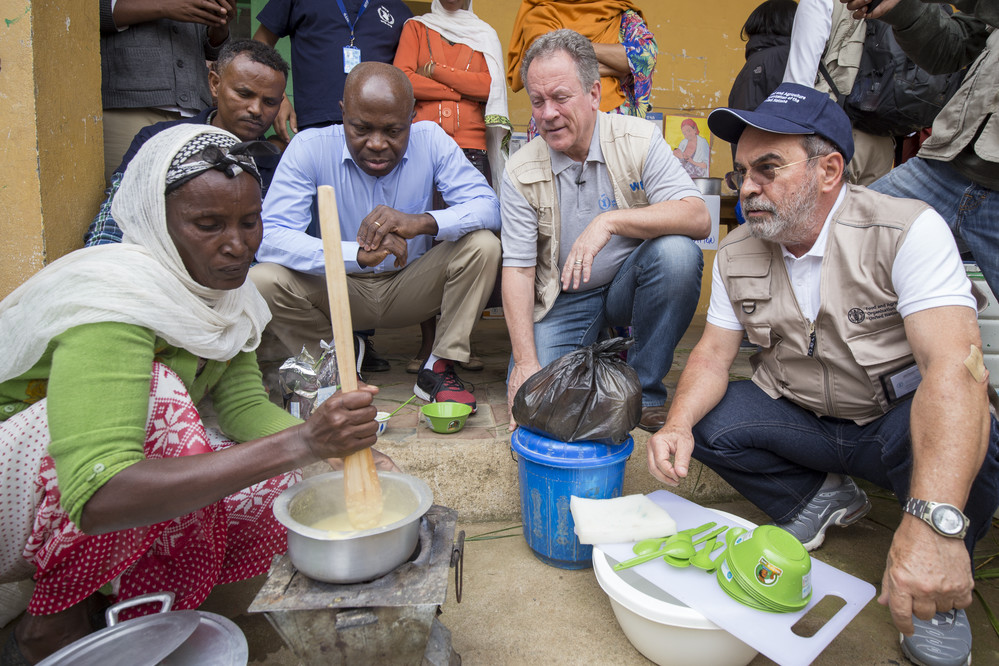 In the same district, WFP is providing fortified supplementary food to pregnant women, lactating mothers and children under five. During their visit, the Heads of the agencies were shown how to make a nutritious porridge from the supplementary feeding packs. 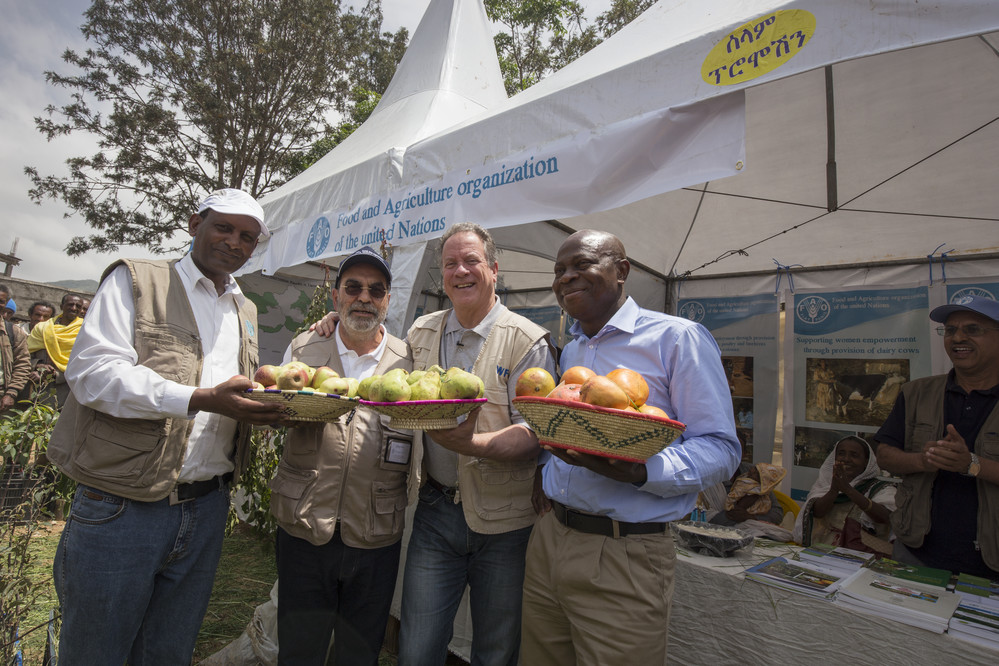 Also in the same district, FAO is supporting the development and rehabilitation of fruit nurseries. While the projects are certainly improving people’s lives and livelihoods here, the three Heads agreed that working closer together will have even more impact. 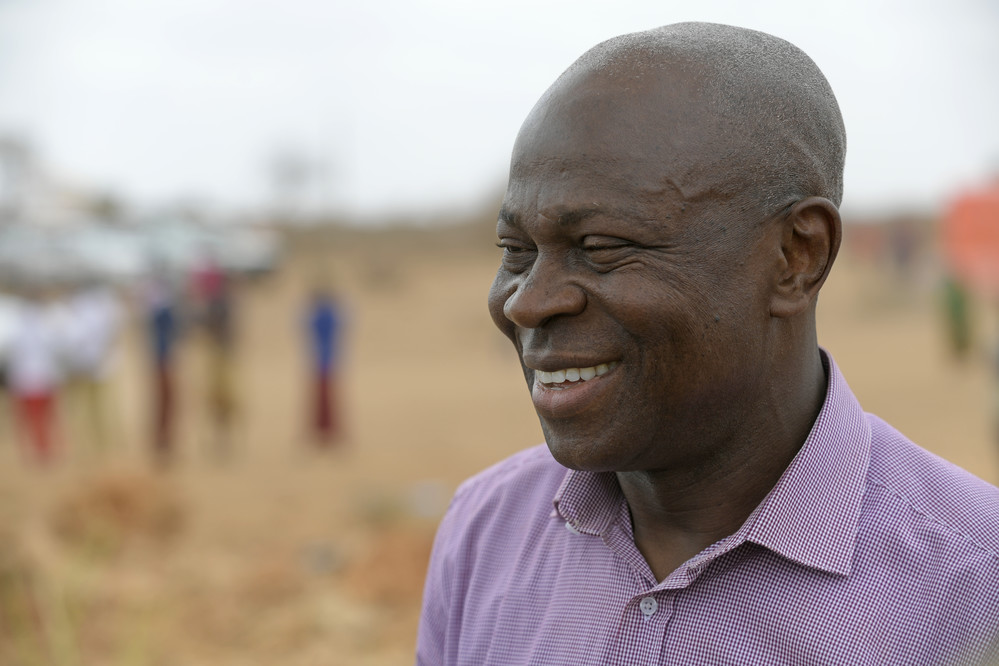 “We want to send a very clear message,” said President Houngbo on the conclusion of the visit. “The three of us are determined to work together. Not for the sake of each agency or institution but for the sake of the people we have met, the people that we are serving.”