IFAD has a well-established history of supporting gender equality and women’s empowerment. This commitment spans 25 years, from the 1992 paper, Strategies for the Economic Advancement of Poor Rural Women, to the 2003-2006 Plan of Action for Mainstreaming a Gender Perspective in IFAD’s Operations, the 2010 Corporate-level Evaluation of IFAD’s Performance with regard to Gender Equality and Women’s Empowerment by the Independent Office of Evaluation, and finally the 2012 gender policy. In the new IFAD Strategic Framework 2016-2025, gender equality is identified as one of the five principles of engagement at the core of IFAD’s identity and values. IFAD complies with the United Nations commitments on gender mainstreaming, including the United Nations System-wide Action Plan (UN-SWAP) on gender equality and the empowerment of women. 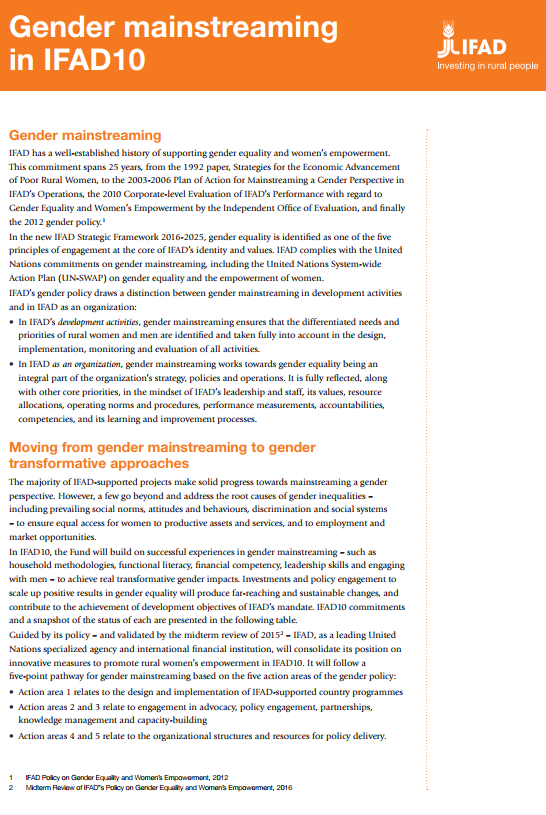