“Sharing traditional recipes, as well as sharing stories and memories connected to these recipes, is one way I represent my own indigenous background through food and cooking.”

A member of the Crow Creek Dakota Sioux tribe, Chef Jondo Lopez-Carrillo is a passionate defender of indigenous foods through his work.

His culinary path began at age 16, at a hamburger place in the small town of Manor, Texas. From there, he cooked professionally all the way through obtaining his degree in cultural anthropology from the University of California, Santa Barbara.

Lopez-Carrillo now works as an acting chef at the Facebook headquarters in Menlo Park, California, where he plans and serves three different menus daily to all employees. Alongside his colleagues, a highly diverse and international team, he places a strong emphasis on the use of organic, locally produced ingredients. He also likes to incorporate heirloom varietals of beans, grains, corn and other produce.

Every November, in honor of Native American Heritage Month, Lopez-Carrillo works with his team to design menus based on indigenous Native American foods that feature traditional ingredients and celebrate his cultural heritage and memory.

“As a chef, I can promote this inherent respect and connection to land and food,” he adds. 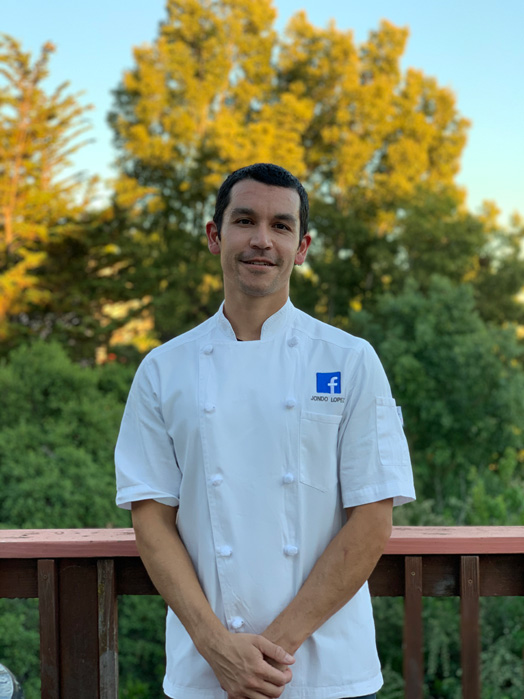