"A passion for work is the fundamental ingredient of cooking."

The twin passions of Roy Salomon Caceres when he was growing up in Bogota, Colombia, were basketball and his Syrian grandfather’s cooking. When it came to choosing what he would do to make a living, it was the kitchen that triumphed over the basketball court.

Since 1993, Chef Caceres has lived in Italy, a country that has won over both his heart and palate. He quickly worked his way up from humble beginnings in the kitchens of the Lake Misurina hotel, to become a chef at Locanda Solarola. Discovering the richness and variety of Italian cuisine encouraged him to open up Metamorfosi in 2010. Only two years later, in October 2012, he was awarded a Michelin star.

His achievement at Metamorfosi has been to merge his Colombian roots with his taste for Italian cuisine. Chef Caceres has made tradition the bedrock of his work when creating new projects. Re-interpreting traditional Italian dishes has become his strong point. Keeping to the original flavors, he tells the stories of the Italian people through their gastronomic culture. Innovation along with a respect for tradition has led him to be one of the most outstanding chefs on the Roman gastronomic scene. 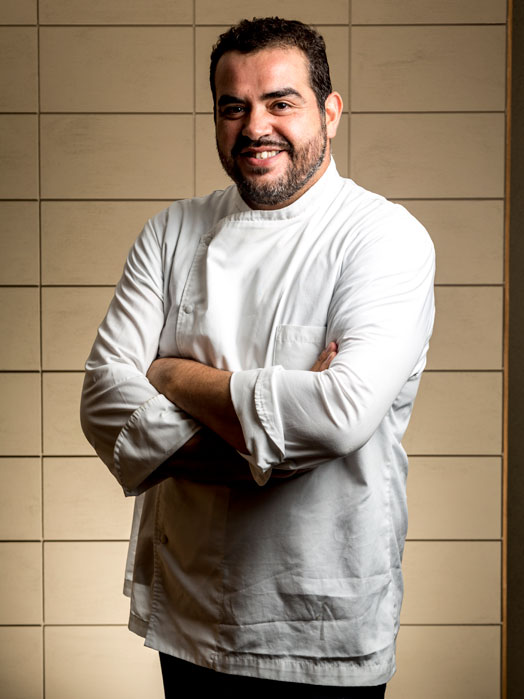