Born Shane “St. John” Gordon, he was adopted into the Chartrand family when he was almost seven years old. On the family’s acreage in Central Alberta, he learned how to grow and respect food from his father, of the Métis Nation, and his mother, a member of the Mi’kmaw Nation and of Irish-Canadian descent. He later relocated to Edmonton to pursue culinary training, where his strong work ethic and passion for cooking found him honing his craft in some of the best restaurants around.

Since then, he has competed on the TV series Chopped Canada, Iron Chef Canada, and Fridge Wars, and he’s also a judge on Season 1 of Food Network Canada’s Wall of Chefs. He was also featured in the award-winning documentary series Red Chef Revival. He is the co-author, along with Jennifer Cockrall-King, of the award-winning cookbook tawâw: Progressive Indigenous Cuisine (Ambrosia/House of Anansi, 2019).

Chartrand enjoys regularly giving back to the community – even if public speaking didn’t come naturally to him at first. He is passionate about sharing his knowledge and experiences in order to promote understanding and respect across and within Indigenous and non-Indigenous communities. He especially loves travelling to other Indigenous communities to learn from Elders and inspiring Indigenous youth to pursue their dreams, be true to their identity, and find a creative path forward through work and service to their communities.

In his downtime, Shane enjoys travelling, fishing and hunting with his father and friends. 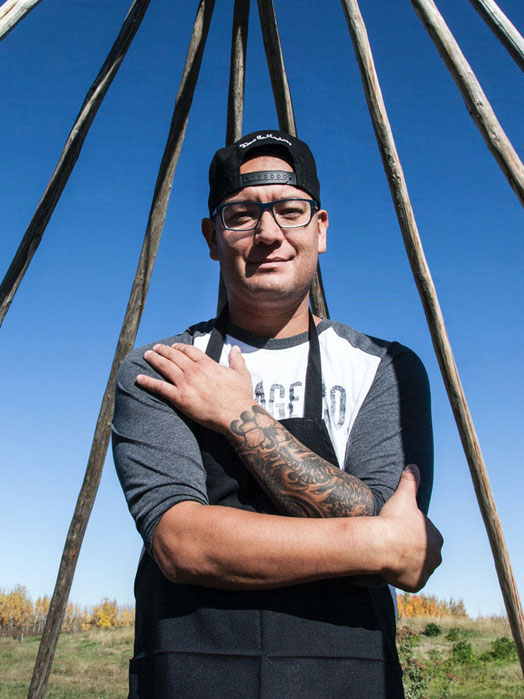