The Independent Office of Evaluation of IFAD (IOE) has prepared a performance evaluation report on the Smallholder Tree Crop Revitalization Support project (STCRSP) in the Republic of Liberia, the first evaluation it has conducted in the country.

The project was implemented between 2011 and 2017 with the objective to reduce post-conflict poverty and food insecurity, and to improve the livelihoods and living conditions of rural communities. The target population of 15,000 smallholder cocoa/coffee farmers was extremely poor, with very low levels of literacy, and their contact with the wider economy and society was limited by lack of roads and services.

The project successfully rehabilitated 85 per cent of the targeted 15,000 hectares of cocoa and coffee farms, which enabled cocoa farmers to increase production and improve quality, and to obtain a higher price for their produce. The project has also been able to rehabilitate 133.1 km of roads and increase famers’ access to markets. STCRSP thus successfully contributed to improved livelihoods and enabled farmers to make the transition from survival mode to recovered livelihoods. In addition, the project was effective in reinforcing the extension services offered by public and private providers, and in strengthening farmers’ organizations.

However, the evaluation also concluded that the project design could have better supported food security, as there was no significant difference in food security indicators between STCRSP beneficiaries and non-beneficiaries.

The report recommends that future IFAD value chain development projects focus on addressing constraints upstream and pay increased attention to nodes downstream of the value chain, for instance, focusing on interventions that support farmers and their organizations to add value to their produce, and that promote an equitable share of benefits. 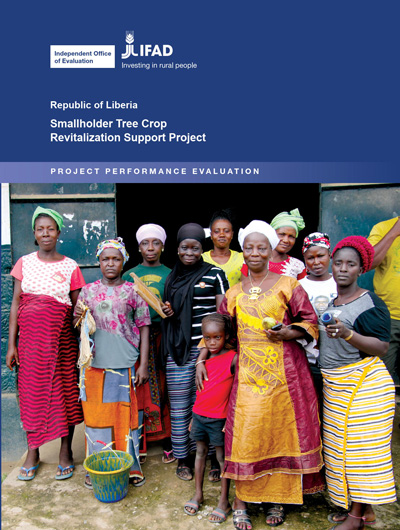