Rural Livelihoods Improvement Project in Kratie, Preah Vihear and Ratanakiri in the Kingdom of Cambodia

The project - designed at a time when close to half of the country’s population suffered from poverty - reached close to 15,000 rural households. It contributed to the adoption of improved agricultural techniques by the targeted poor rural households and to improving agricultural productivity and production. The project had a strong poverty focus, and gender issues were effectively integrated based on good collaboration between partners at national and provincial levels. The group revolving funds helped ease the cash flow of beneficiary households and contributed to building social capital among members.

However, the benefits realized in terms of improved agricultural production were less than expected. This was due to, among other factors, weaknesses in the approach of extension services and training of farmers, although adjustments were made after the mid-term review for the training to be more effective and responsive to needs. The agro-ecological and socio-economic contexts varied widely between the provinces, and so did the performance. Promising achievements and good performance in Preah Vihear were due to a combination of good management at provincial level, fast growing market opportunities for organic rice and other support initiatives. Ratanakiri turned out to be the most challenging case, also due to the predominant presence of indigenous peoples and ethnic minorities in upland areas, different farming systems, different socio-economic situations, lower literacy rate, language issues and remoteness. 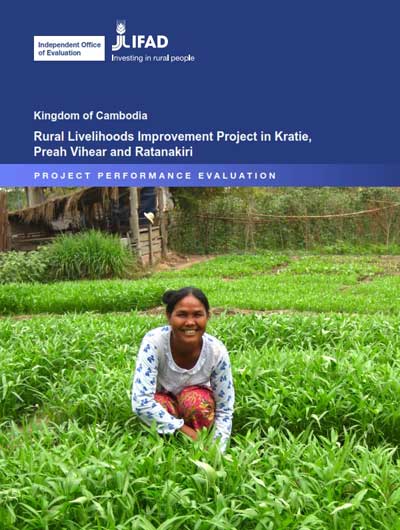