The Independent Office of Evaluation conducted its first Impact Evaluation in 2013 of an IFAD-funded project: the Sri Lanka Dry Zone Livelihood Support and Partnership Programme. The Impact Evaluation entailed, inter-alia, extensive primary data collection and analysis, including a quantitative survey of over 2,500 households. The survey covered households that benefitted from project support and those that did not (the latter being the control group). The evaluation found that the project played an important role in exposing smallholder farmers to new crops and improved agricultural techniques and can be considered as a pioneering intervention that built momentum, human capital and experience. However the effects on household assets and expenditures were mixed compared to the project’s monitoring and evaluation data and much remains to be done to consolidate the emerging dynamics. 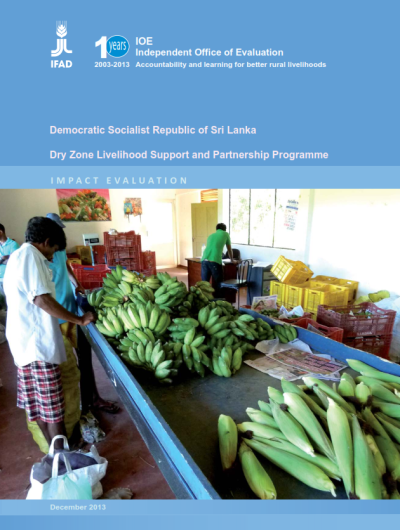