The Independent Office of Evaluation of IFAD has reviewed the Fund's support of Environment and Natural Resource Management (ENRM) through an examination of 72 evaluations conducted between 2010 and 2015. IFAD has taken a number of steps to strengthen its integration of ENRM issues into its operations - relating to both avoiding harm and doing good: the Environment and Climate Division has been established, the environmental and social safeguards have been upgraded and the Adaptation for Smallholder Agriculture Programme has been launched. From the analysis of the evaluation reports, it is clear that these measures are responding to evidence from the projects in the Evaluation Synthesis sample. However, the analysis shows that alignment with ENRM policies in IFAD country strategies is mixed during the period covered. A small number of country strategic opportunities programmes show a clear progression to a stronger focus on ENRM; others reveal a shift in the direction to other priority strategic areas, such as value chain investments, without necessarily paying attention to ENRM. Moreover, spending on ENRM, measured by conventional sub-component categories excluding ASAP, has not increased greatly as a proportion of IFAD's overall budget during the period 2005-2015. Although data on ENRM content in loans are incomplete and probably understate the actual amount, they suggest some challenges in integrating environmental stewardship effectively into country programmes. 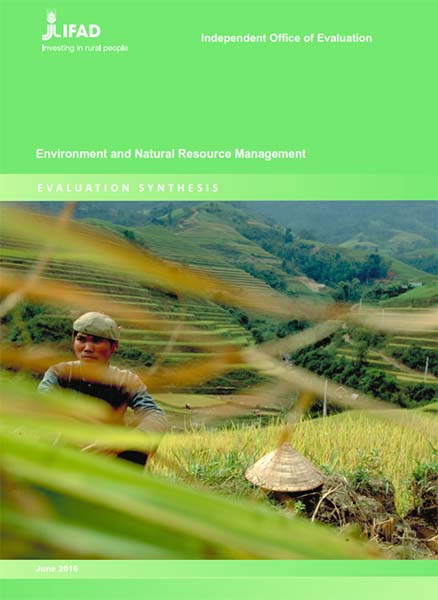