The objectives of the Community-Based Rural Development Project in Kampong Thom and Kampot in Cambodia were to increase food production and farm income and increase capacity of the poor to use the services available from the Government and other sources for their social and economic development. According to the present assessment, the project’s support to farmers contributed to increased agricultural and livestock production and better livelihoods through improved infrastructure and related access to services and markets. The project also made use of famer-to-farmer extension methods which have spread beyond the immediate demonstration areas. It was a front-runner in terms of putting Cambodia’s decentralization policy into practice.

There were some weaknesses in the hydrological and engineering design and the site selection, which impacted on the functionality of irrigation systems. Operation and maintenance of irrigation but also of roads remain a challenge, although the sustainability of the extension services is likely to benefit from the emerging commercialization, market linkages and resultant contract farming. The assessment recommends that future IFAD-supported projects pay more attention to the role of markets and facilitate farmer promoters to become agricultural input suppliers, in order to strengthen the rural development process. 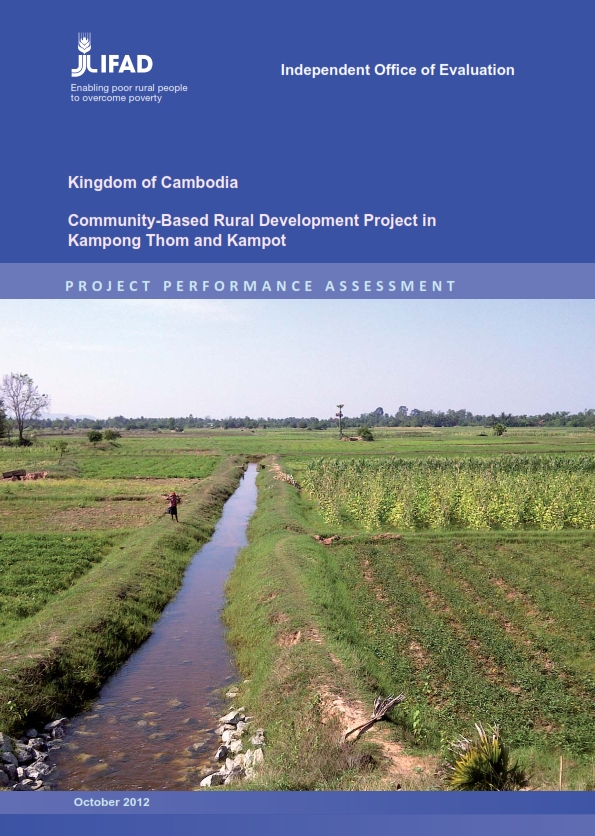