The Rural Enterprise and Agricultural Development Project had a well-rounded developmental focus to improve the living conditions of poor rural households by strengthening their human, social and financial assets. It achieved several of its stated objectives and outcomes. The trainings imparted and the grants provided to purchase farm equipment led to increases in productivity for some beneficiaries, and consequent increases in incomes between 10 to 50 per cent. There was a high degree of participatory involvement of beneficiaries and many felt empowered. Human capital through life skills training and social capital through small-scale social infrastructure were strengthened.

On the other hand, the attention of the project ended up more on the supply side and less on the market side. Creating marketing linkages was one of the aims of the project but this was not fully realized. New linkages were essentially created only for agro-processing groups that constituted 20 per cent of the total number of groups. Low uptake of loans by beneficiaries and small amounts, more than 50 per cent of the loans taken consisted of amounts of less than US$500, was a reflection of the general risk-averse nature of the farming community.

The evaluation calls for optimising the benefits of a value chain by prioritising the selection of a few value chains based on criteria such as the rate of return, the involvement of the poor in the production, processing and the market demand for the products. It also calls for linking financial credit and product-market credit together for sustainable value chains. Finally, the evaluation argues for making provision in project design for sufficient support to beneficiaries especially when introducing them to a new occupation. 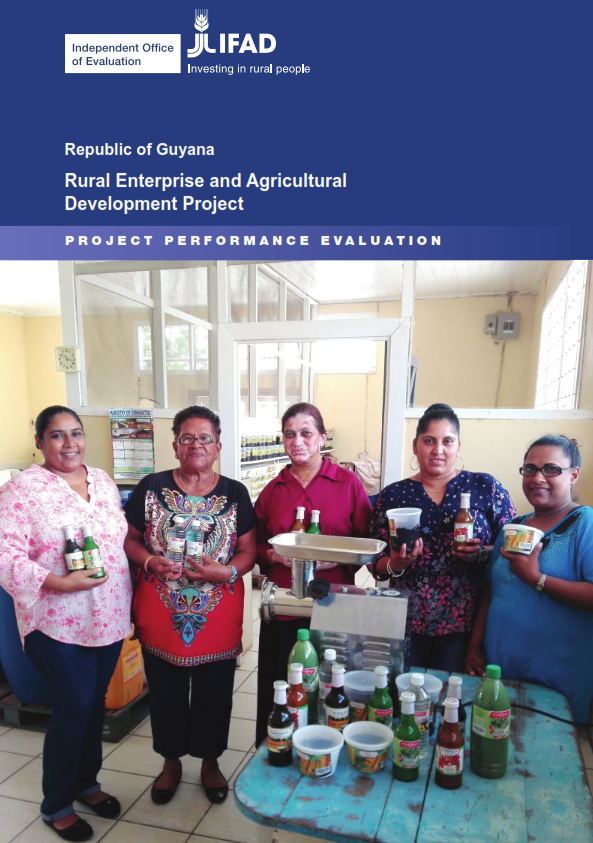