The project was implemented in Bac Kan, an upland province in Northern Viet Nam, with a mostly indigenous population. The province, which has limited agricultural land, relatively undeveloped forestry resources and rugged mountainous terrain, has the highest incidence of poverty in the country.

The evaluation highlights that some of the project’s notable achievements were the participatory and accurate re-allocation of forestry land titles and its substantial contributions to ensure the sustainable management of sloped land, the improvement of forest cover and the reduction of the environmental vulnerability of communities. The easy to understand procedures of the Community Development Fund were appreciated, managed in a decentralized and participatory manner, and promoted funding for 241 small-scale infrastructure schemes (village roads, irrigation canals and some drinking water systems), small loans for women and capacity building through 459 farmer groups.

On the other hand, the project was also ambitious and initially difficult to implement. The various rounds of revisions to the design and logical framework, as well as the necessary focus on food security and technical development in its first phase, resulted in the delay (and modest scale) of market-based value chain development. Furthermore, the social-complexity of the target groups and the different needs between the poor and the near poor influenced the level of impact that could be reached. Despite the significant efforts, gender equality and women's empowerment remain a long-term challenge particularly with respect to the sharing of the workload and responsibilities. 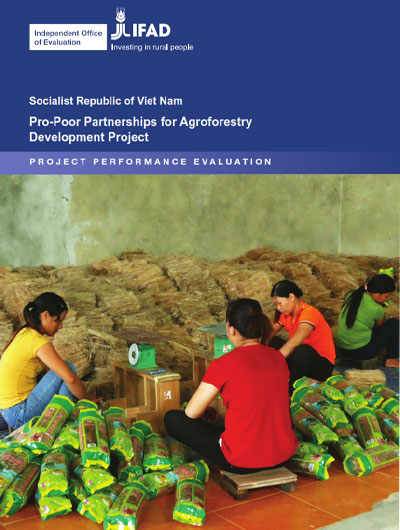