The overall goal of the Vegetable Oil Development Project (VODP) is to increase household cash income of smallholders by revitalizing and increasing domestic vegetable oil production, in partnership with the private sector.

The project is structured around three different subprojects:

Total project costs were originally estimated at US$60 million, consisting of an IFAD loan of US$20 million, US$33.1 million in cofinancing from the private-sector partner, and contributions of US$3.8 million and US$3.1 million from the Government and the beneficiaries, respectively.

However, because of an increase in the scale of the oil palm subproject, the private investor and the Government increased their contributions to US$120 million and US$12 million, respectively, thereby bringing total project costs to about US$156 million.

The changes in private sector partner and the scale of the oil palm subproject had several implications and delayed project execution and resulted in an extension of the implementation period. 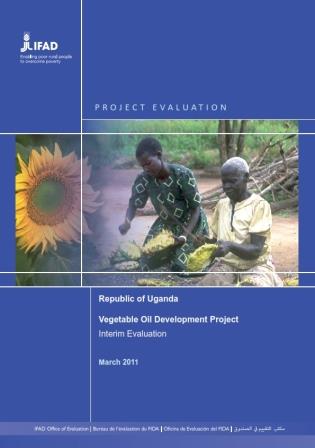