IOE has prepared an impact evaluation of the Food Security and Development Support Project in the Maradi Region (PASADEM).

Maradi is one of Niger’s most vulnerable regions, with a prevailing poverty rate of 87 per cent and a child (0-59 months) severe chronic malnutrition rate of 54 per cent. PASADEM aimed to improve the food and nutritional security of 65,000 rural households by establishing five economic development hubs (EDHs), combining support to agro-pastoral productivity, market access and food resilience for vulnerable households.

The impact evaluation highlights important achievements as well as rural poverty issues that still need to be addressed. It found that PASADEM contributed to important improvements in food security and resilience: for example, the period of food sufficiency was extended by one month.

However, the costs and time required to construct the infrastructure associated with EDHs had been underestimated, and the limited infrastructure constrained access to the market centres developed.

One of the evaluation’s recommendations is to augment – within the EDH framework – actions to improve the food and nutritional security of poor and vulnerable rural populations. In addition, the implementation of at least one EDH in each region should be finalized, in order to assess the effectiveness and impact of EDHs as development models. 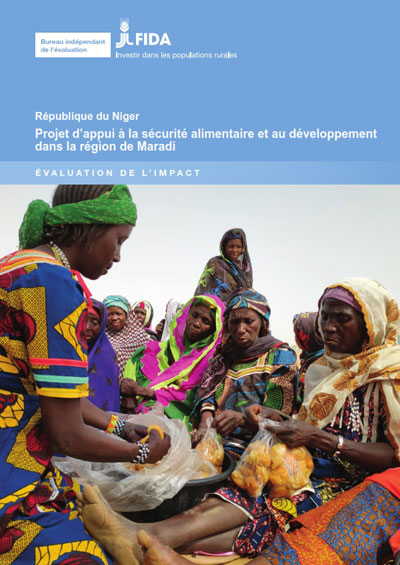