​The following study was designed by IFAD in order to contribute to the knowledge about the relationship between gender, water investment and time saving. It is also intended to contribute to gender mainstreaming in IFAD’s water projects. The focus of the study is to see how much time women and men gain when they have improved access to sources of water and to establish what individuals, particularly women, do with the time they save by not having to walk long distances in search of water. The study further aims to discover to what extent the projects/investments contribute to reducing drudgery and to achieving equitable workloads between men and women.

The survey targeted ongoing projects from the five regions in which IFAD operates that were either in their second phase or a mature stage of operation. In each project, one community was covered and 24 households were targeted. The survey successfully covered seven communities and 140 households and was mainly conducted through project officers facilitated by country programme managers or country programme officers. 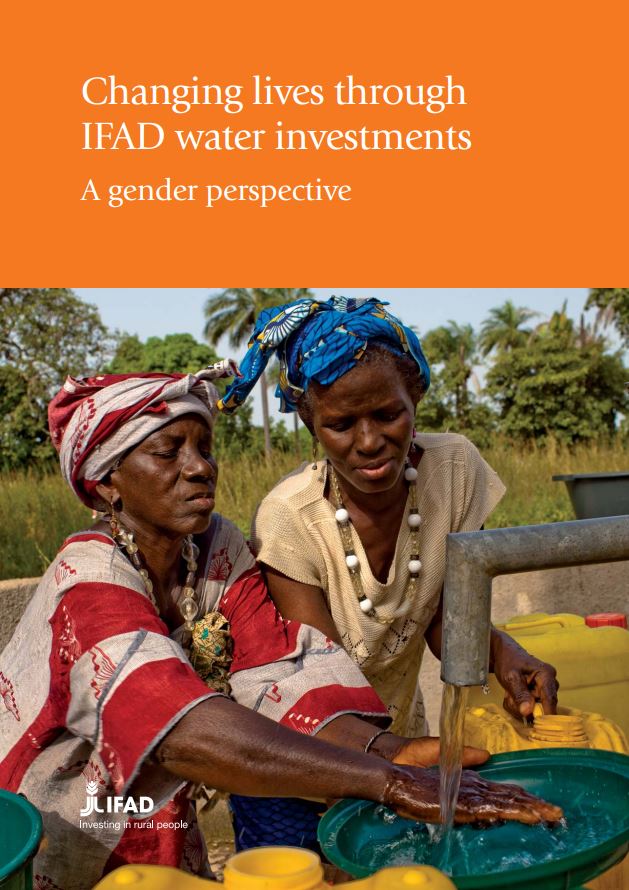