Over the past 12 months, large-scale acquisitions of farmland in Africa, Latin America, Central Asia and Southeast Asia have made headlines in a flurry of
media reports across the world. Lands that only a short time ago seemed of little outside interest are now being sought by international investors to the tune of
hundreds of thousands of hectares. And while a failed attempt to lease 1.3 million ha in Madagascar has attracted much media attention, deals
reported in the international press constitute the tip of the iceberg. This is rightly a hot issue because land is so central to identity, livelihoods and food security. 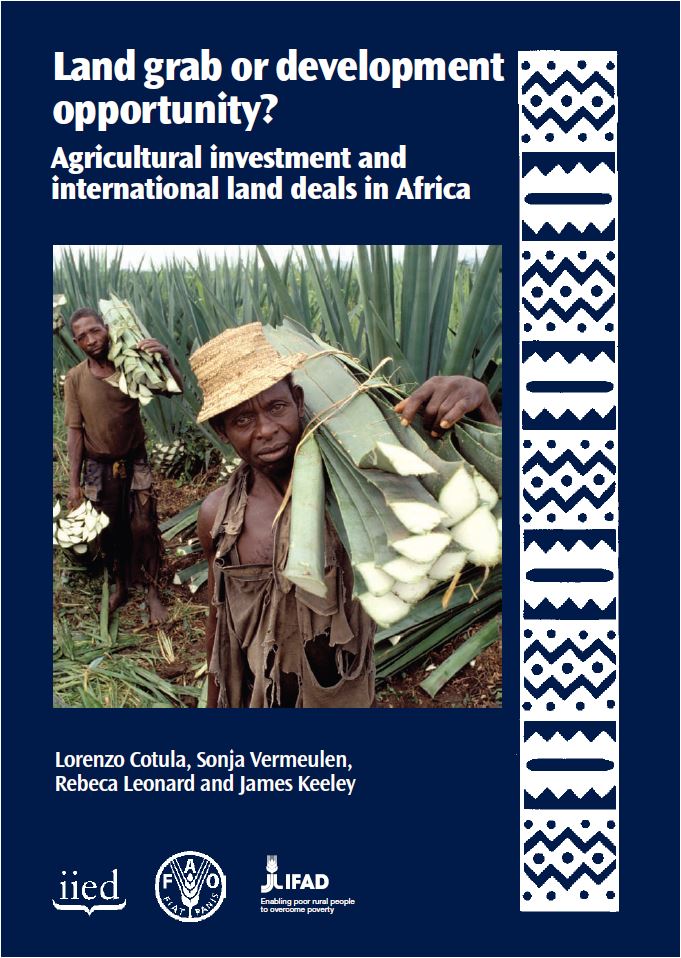