qPursuant to the adoption by the Executive Board in December 2005 of the IFAD Policy on Preventing Fraud and Corruption in its Activities and Operations (EB 2005/85/R.5/Rev.1, paragraph 26) (the anticorruption policy), the Investigation Section of the Office of Audit and Oversight (AUO/IS) has a mandate to investigate alleged irregular practices, namely: (i) fraud and corruption, in relation to entities, contractors and non-staff individuals applying for or participating in an IFAD-financed project or headquarters-related contract; and (ii) staff misconduct. Implementation of this policy and the subsequent establishment of a Sanctions Committee have aligned IFAD with best practices applied by other United Nations agencies and the major multilateral development banks in this area.

In 2010 there were some indicators that the proactive anticorruption awarenessraising activities undertaken by AUO/IS in past years were bearing fruit. An increase in complaints received by AUO/IS in 2010, discussed in more detail below, could reasonably be attributed, at least in part, to training and anticorruption presentations given by staff of the Investigation Section. AUO/IS also noted the excellent response in 2010 from Programme Management Department (PMD) staff with regard to reporting allegations and in terms of cooperation afforded to the Section. 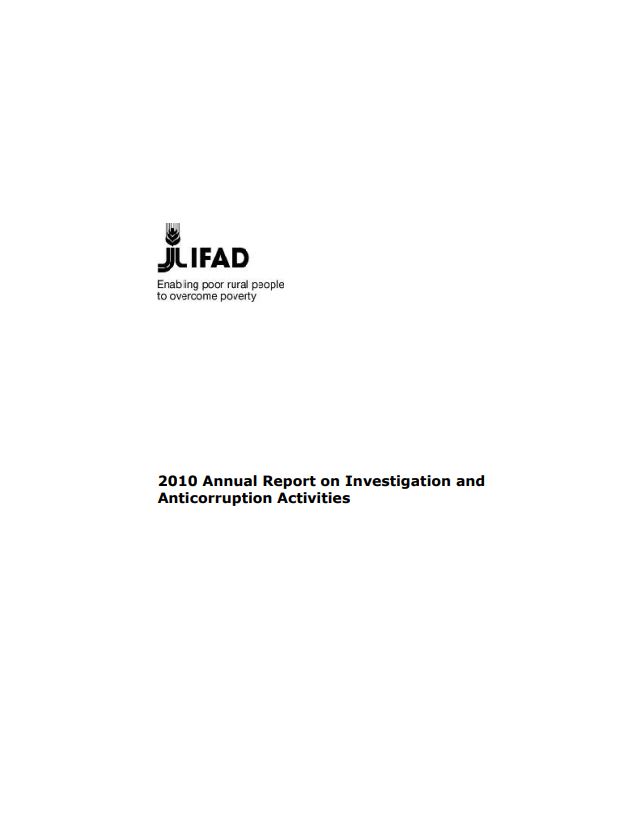