This survey was commissioned by the Financing Facility for Remittances (FFR) of the International Fund for Agricultural Development (IFAD), and undertaken by Taylor Nelson Sofres, TNS-RMS, in the context of the African Postal Financial Services Initiative (APFSI). The preliminary draft of this survey was presented during the first African Conference on Remittances and Postal Networks, which took place in Cape Town (South Africa) on 4 and 5 March 2015. This final version incorporates all suggestions and recommendations received during the event. Financial contributions in support of the survey were made by the European Union, co-financier of the APFSI, and by the Government of Luxembourg 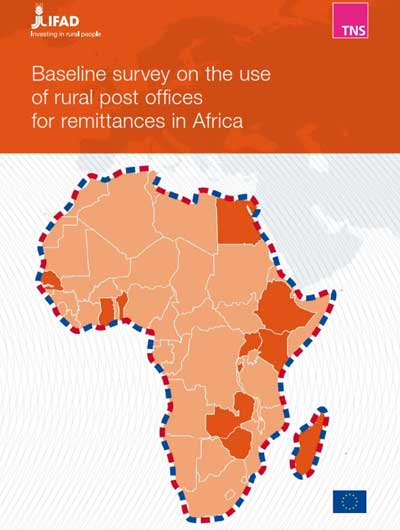