IFAD has invested in rural development in the Kyrgyz Republic since 1996.

The second generation of IFAD’s engagement in the Kyrgyz Republic started in 2011, with the strategic focus moving towards emphasizing improved livestock productivity, enhanced climate resilience of pastoral communities, and improved integration of small-scale livestock farmers into remunerative markets. The Government recognizes IFAD as a key development partner in the livestock subsector and values IFAD’s integrated approach to addressing issues from the ground level up to policy and legislative concerns. 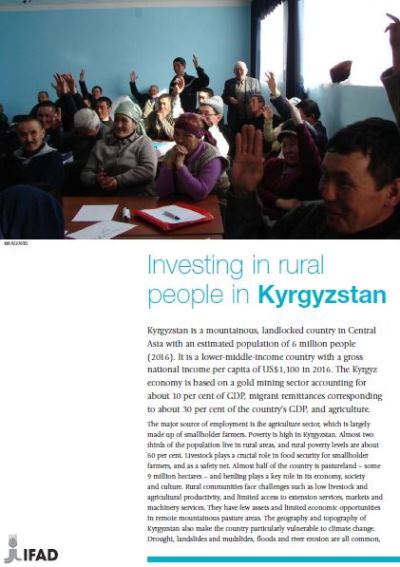