This paper is a contribution to the celebration of the fortieth anniversary of the Buenos Aires Plan of Action for Promoting and Implementing Technical Cooperation among Developing Countries (TCDC) (UN, 1978), which gave birth to what is known today, in the UN system and beyond, as “South-South and Triangular Cooperation" (SSTC).

The “BAPA”, adopted when International Fund for Agricultural Development (IFAD) was just a year old, initiated major changes in the approach to development cooperation by putting much greater emphasis than hitherto on the national and collective self-reliance of developing countries, thereby laying the foundations for a new international economic order. 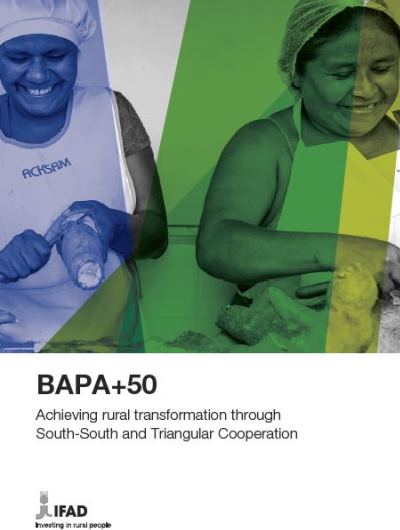