Rural people in the Ethiopian highlands depend mainly on rain-fed subsistence farming for their livelihoods. The unreliable rainfall and frequent droughts affecting the area can often prevent them from improving their  crop yields and thus their household income. The Participatory Small-Scale Irrigation Development Programme was designed to exploit the potential of irrigated agriculture to improve the food security, family nutrition, and incomes of poor rural households in Amhara, Oromia, Tigray, and Southern Nations, Nationalities and Peoples Region (SNNPR).

Small-scale irrigation systems were constructed on about 12,000 hectares of land to bring water to farms throughout the year. As well access roads connecting the irrigated areas to  local markets were improved to provide greater opportunities for small farmers to earn income from crop sales. The project used a fully participatory approach whereby local communities owned and managed the irrigation systems through their water users' associations, and were trained in how to manage and distribute water efficiently.

Small farmers also benefited from training to improve farm productivity, including in seed production, post-harvest management and water conservation. Through the project, women were encouraged to join the decision-making bodies of water users' associations, and to establish home vegetable gardens. This project underwent a rigorous impact assessment using high-frequency data collected from 1,033 households across four seasons over 12 months.

More than 300,000 farmers benefited from the irrigation systems, allowing them to grow crops throughout the year and increase revenue from crop sales, particularly in the dry season.  Key results include:

This study provided the following lessons for future rural development policies and projects: 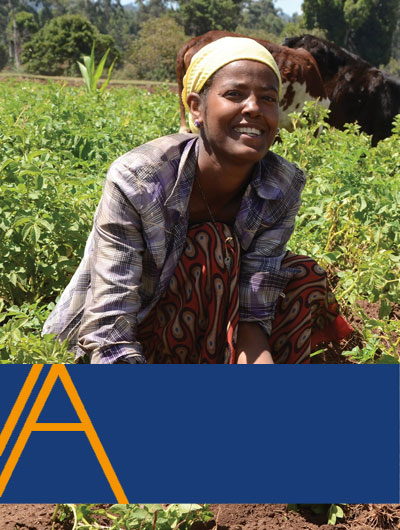