Investing in rural people in Afghanistan

IFAD began working in Afghanistan in 2009, and has shown its continued commitment to the Government of Afghanistan ever since.

Its specific objectives are to:

IFAD works with small-scale farmers and vulnerable and marginalized socio-economic groups, particularly women and ethnic minorities, in rural and mountain environments. IFAD’s current work in Afghanistan takes into account the difficult security situation across most of the country.

Key intervention domains will include climate-smart small-scale production and value chain development, marketing support, and the promotion of both on- and off-farm economic opportunities for poor and vulnerable rural women, men and youth. Measures to address gender inequality will also be specifically considered and promoted. 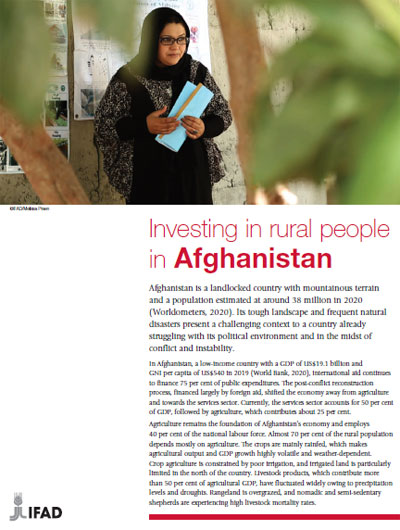