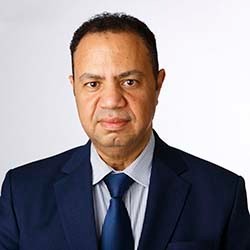 I grew up knowing that Sri Lankan tea was truly something special. People all across my native Egypt competed with each other to bring home those packages with the trademark “Ceylon Tea” stamped on the side, knowing that symbol promised an unmatched taste and aroma. Once acquired, it was something to be savoured, drunk only on special occasions and served to only the most important guests. To this day, my friends and family still ask me to bring back that splendid Sri Lankan tea from my travels.

For centuries, Sri Lanka has held the distinction of being one of the world’s foremost producers of tea, especially when it comes to quality. As of 2013, Sri Lanka was ranked as the world’s largest tea exporter and the fourth largest tea producer overall, with export earnings totalling US$1.5 billion. The tea industry has long been Sri Lanka’s main source of foreign exchange, representing as much as 70 per cent of the country’s total income from exports, as well as the foundation of government revenue. It is also the main source of employment in rural Sri Lanka.

Nevertheless, Sri Lanka’s tea industry faces several challenges today: the land area devoted to tea cultivation has remained largely unchanged, and has even decreased in some places. Productivity has declined below the international standard, partly because of the predominance of old trees (the older a tea tree is, the less productive it is). Normally, the solution would be to remove the older trees and replant the land with newer ones – but the replanting rate has been very slow and the costs for this process remain high. There is also a manifest shortage of workers willing to work in the industry, compounding these problems. As a result, Sri Lanka’s tea production, and its share in world tea exports, have declined considerably as of late.

These challenges became evident to me right away when I began travelling to Sri Lanka in my capacity as Country Director. The same quality I remembered was still there – but it was clear that production was low. One government official approached me and explained the source of the problem. He said they were eager to get back into the international markets – especially the coveted Middle Eastern market – but that they were unable to match their competitors, who were capable of producing tea more quickly and cheaply. To become competitive again, the Sri Lankan tea industry would need to increase their production while maintaining their signature branded quality.

In 2017, IFAD initiated the STaRR project, in partnership with the Government of Sri Lanka, to revive the nation’s tea industry. The project aims to introduce significantly faster and more cost-effective tea tree replanting techniques across 4,500 hectares of land. Institutionally, it brings all the key players to the table, combining the management skills of the government-backed Tea Small-Holding Development Authority, the innovation of the national Tea Research Institute, and the determination and hard work of the STaRR project staff in the field – and of the small-scale farmers themselves.

Perhaps one of the biggest single determining factors in STaRR’s progress, however, is the use of Global Positioning System (GPS) technology. For example, certifying the land and releasing the subsidies crucial to funding the modernization efforts depends on quick and accurate measurements of the cultivated land area. This process was previously done manually, and it involved a lot of manpower and re-checking of inaccurate measurements. With the introduction of GPS, the time needed to measure one hectare of tea plant has gone from one hour to 15−20 minutes, with much fewer errors – thus accelerating the land certification and subsidy disbursement processes.

GPS technology is also playing a role in maintaining and even improving tea quality. The data it provides are invaluable for climate change analysis, flood modelling, and identification of soil erosion, along with pest and disease control and monitoring of the overall planting progress. Informed by data like these, in addition to their own measurements of soil quality parameters, STaRR project experts can more accurately direct the tea replanting process.

Together, these techniques have helped reduce the tea tree replanting period from over 30 months to less than 24 months, a time frame that is capable of making Sri Lankan tea competitive again.

Nevertheless, the replanting process still involves significant stretches of downtime. Historically, tea farmers’ ability to earn income has been greatly constrained during these periods. To counteract this, STaRR is introducing additional income-generating opportunities, such as intercropping the tea trees with high-value crops like cinnamon, black pepper, vanilla and passionfruit. The project is also establishing tea tree nurseries and encouraging project participants to rent out their tea harvesting equipment to generate extra income. About 4,000 Sri Lankan youth are finding gainful employment via the latter two activities, in particular.

Step by step, the Sri Lankan tea industry is making progress, thanks to the tested and validated improvements StaRR is helping them put into place. Although there is still much to be done, Sri Lanka is well on its way to reclaiming its place as a leader in tea production – and to putting that high-quality tea back in the hands of customers all over the world.