Meeting the challenge of SDG2: The moment for action

Meeting the challenge of SDG2: The moment for action 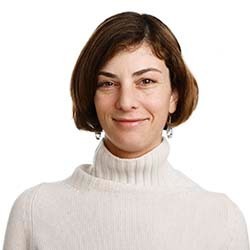 Despite the fact that we are just over 10 years out from the deadline to the meet the Sustainable Development Goals, evidence indicates that meeting the goals, particularly in sub-Saharan Africa, will require a step change in the quantity and quality of financing made available. Best estimates are that US$2.9 trillion per year are needed to meet the SDGs. The data also suggests that while many goals are behind, SDG2 stands out particularly for poor progress across a number of regions. It is the worst performing indicator in East and South Asia, for example, and doing universally poorly in sub-Saharan Africa and in much of Latin America and the Caribbean. This is despite much better progress on SDG1 – the eradication of extreme poverty. In fact, global trends on SDG2 – zero hunger – are alarming. Rather than improving, the State of Food Security and Nutrition in the World report (SOFI) produced annually by FAO, IFAD and WFP suggests that food insecurity is growing for a second year running, and the chronically food insecure now number more than 821 million people.

Data on SDG 2.3 and 2.4 – which focus on doubling the productivity and incomes of small-scale food producers and to ensuring sustainable food production and resilient agricultural practices – are not widely available. Using metrics such as state expenditure or ODA in agriculture, or agricultural value added per worker, however shows that these sub-indicators too lag significantly behind. There is, therefore, an increased urgency to change the trajectory on SDG2 – to move us from a state in which more and more people are hungry and food insecure, to one in which we are moving closer towards the goal of zero hunger, by focusing on the productivity and incomes of smallholder farmers.

But what exactly needs to change?

First, much more money clearly needs to be dedicated to the problem. FAO estimates that meeting SDG2 would require an annual investment of US$180 billion dollars. To put that money into perspective, this year IFAD will invest its largest ever programme of lending – just under US$1.8bn, representing only one per cent of what is needed. Where will the remainder of the money come from? Only a fraction can come from traditional donors and multilateral institutions. The remainder will have to come from developing country governments themselves and, above all, from the private sector, including smallholder farmers.

Secondly, even if the money were available, we need more thought on the kinds of solutions that would have a transformative impact on progress to SDG 2.3 and 2.4. Business as usual – investments in large-scale commercial agriculture, for example – are not sufficient to address the challenge of generating food systems which include smallholder farmers as producers and consumers of food in a sustainable fashion, nor in increasing their incomes. The answer lies in improving the capacity of those technical and financial agencies which work in the field to address the need of smallholder farmers, ensuring that investments not only increase productivity, but also that there are markets for those goods to generate income, and changes to practice to support this. Investments in smallholder agriculture must be accelerated, with specific packages of support to target viable solutions, which also take into the complex situations in which most investments will be located (e.g. in fragile situations, or in countries severely impacted by climate change).

Third and finally, efforts to meet the goal must be organized in an efficient way to ensure that resources are not wasted or duplicated and instead create synergy through partnership and complementary actions – essentially a rethinking of the architecture for food security and smallholder agriculture.

How can we move forward on these three issues: augmenting the resources, dedicating more effort to transformative approaches, and reforming the architecture to ensure the goals are met efficiently?

To meet the enormous financing requirements of SDG2, there are two primary sets of actions. First, increasing the concentration of traditional multilateral and bilateral investments to the countries in which food insecurity is highest, and to those with the strongest concentrations of smallholder farmers. The countries with the lowest relative performance across the SDGs are primarily fragile and conflict affected states in sub-Saharan Africa, Asia and the Middle East. These are also the countries with the highest levels of food insecurity. It is clear that more assistance on SDG2, and in particular 2.3 and 2.4, is needed to reach such countries.

Additionally, the international community must do better to leverage resources from domestic sources in developing countries, which in return requires policy engagement to encourage government spending and investment in effective improvements for smallholder agriculture. The international community also must assist in catalysing resources from the private sector to meet the needs of small- and medium-sized agricultural and food systems businesses – this can include de-risking the sector by providing public goods and training to ensure that small farm and non-farm rural businesses can meet the requirements of larger private sector actors.

The fragility of institutions in such states enhances the consequences of natural disasters because resilience is lower. There is a strong overlap between countries on the Harmonized List of Fragile Situations, and those that face the largest challenges on undernutrition. Thus, technical solutions focusing on adaptation to climate change, and in some cases on mitigating climate change, are needed, and should be complemented by efforts to support the strengthening of state institutions. Interventions which cover the nexus between humanitarian and development aid are also needed in conflict affected and fragile states.

The call to action

IFAD focuses on investing in and addressing SDG1 through SGD2, with a particular focus on SDG 2.3 and 2.4. That is to say, that IFAD aims to reduce rural poverty and end extreme poverty among smallholder farmers, who comprise the bulk of the world's farmers. The critical need to invest more, mobilizing new actors, and to invest better, targeting the root causes of food insecurity, for a critical part of IFAD’s vision for how it will transform to meet the SGDs. This vision is being actively discussed and debated with IFAD’s member states – and underpin a new way of doing business.