The disarming case to act right now on climate change

The disarming case to act right now on climate change 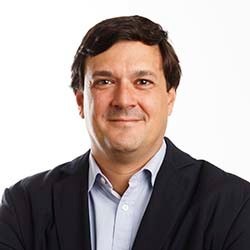 Last Friday was the global climate strike day. I have found myself wondering how we have arrived to this point.

I was 17 when, at the 1992 Earth Summit in Rio, climate change was recognized by the global community as a major threat to the planet and humankind. Ten years later I joined the UN and have been working on climate change ever since. If you would have asked me at the time, either in 1992 or in 2002, where we would stand in 2019, even my worst case predictions would not have anticipated the status quo.

In our line of work, we love objective indicators. Climate change fortunately has one which is clear and concise: amount of CO2 in the atmosphere. The numbers are simple. Prior to industrialization, atmospheric CO2 levels were stable at approximately 280 PPM (parts per million). To keep the planet from warming more than 20C (which is already quite dangerous), atmospheric levels need to stabilize below 450 PPM. The consensus is that to keep the planet "safe" (below 10C of warming) this number should be less than 350 PPM. These numbers are undisputable – they are the result of massive ongoing scientific research compiled and published by the IPCC (Intergovernmental Panel on Climate Change).

So, where do we stand? Currently, we are at 410-415 PPM, and the number increases by approximately 2-2.5 PPM per year. The trend is still increasing, and at the current pace we will reach the 450 limit by 2030. By then, we will have failed to keep the planet below 20C, and we will likely be on a path towards a 40C increase or more, which all scenarios predict as catastrophic. Even if all the promises made under the Paris Agreement materialize, this only puts us on track to a planet which is 3 - 3.50C warmer – in other words, not good enough.

These are the cold, hard numbers. The human and ecological consequences are, unfortunately, visible for all of us to witness. Twenty to thirty years ago we were working based on models: all of those predictions are becoming reality at an even faster pace than anticipated. Global temperatures have already increased by more than 10C. The top five hottest years on record, in order, are 2016, 2015, 2017, 2018, and 2014, with 2019 likely to break the record. Glacial melt is occurring far faster than expected, and sea level rise has already reached 15-20cm. Oceans are heating and acidifying at alarming levels. People are suffering the consequences, and the relationship between climate change, famine, armed conflict and migration is increasingly harder to ignore. There is no doubt, climate change is happening and it will get worse.

It is in this context that a younger generation is demanding action, best expressed by the voice of a young girl named Greta Thunberg. This generation is born into a world that they know, within their lifetime, will not be hospitable to a majority of humankind. And they have seen the rest of us meet, discuss, develop action plans, propose deadlines, make promises, establish targets, and continuously fail to take decisive action. Meanwhile, the only indicator that matters keeps rising. It is therefore unsurprising, and fully welcome, that children and young adults are taking matters into their own hands. The global climate strike is an encouraging breath of fresh air for the climate movement. We must be supportive and, above all, recognize that the demands made by future generations are fully legitimate and justified because to date, despite our efforts, we have not done enough.

The moral argument for acting on climate change is unquestionable. The good news is that the climate crisis is technically and economically feasible to address. There are countless studies, most famously the 2006 Stern report, that present an unambiguous economic rationale for immediate action. The less good news is that the global political will to act has been far from sufficient to trigger the necessary response. This is a collective responsibility. The climate crisis is still not a top priority in today's political discourse, and until that happens, our livelihoods are at risk. So, by all means, let's continue to make an individual effort (fly less, eat less meat, use public transportation, consume less disposable goods, turn off the lights, recycle, etc.) but let's also recognize that individual voluntary actions are not enough. To address this crisis, the rules of the game need to change, and we need to demand and hold our leaders accountable for that change. If we recognize the climate crisis as an urgent and immediate matter that requires a global political response, and act accordingly, that response will happen.

But enough of me. Greta does a much better job of explaining this than I ever will. So, once again, I invite you to be part of the climate strike by investing 10 minutes of your time in watching Greta in the video. You will not regret it.