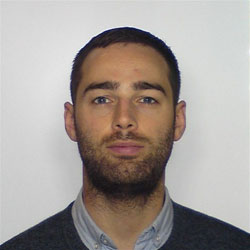 Irrigation is a lynchpin of rural development strategies. In particular, small-scale irrigation projects such as canal or tubewell systems are commonplace due to their relatively low cost and amenability to user-led management. Between 2000 and 2015, IFAD financed 22 projects that involved irrigation activities, at a total value of US$1.3 billion. No longer reliant on rainfall, irrigated lands are expected to produce higher and more stable yields, leading to improved food security and income.

Despite these expected benefits, only 21 per cent of the world's cultivated land is irrigated, falling to just five per cent for sub-Saharan Africa. Rising water scarcity due to climate change and competition from other sectors also means that irrigation coverage must be expanded and improved in ways that maximise the benefits from every drop.

To meet these challenges we need to integrate lessons from past experiences, one of the best sources of which are methodologically-robust impact assessments. Many impact assessments have recently been conducted on small-scale irrigation projects from various organisations in a number of countries. In addition, IFAD assessed the IRPEP project in the Philippines and the PASIDP project in Ethiopia, and funded an external impact assessment of IFAD's AD2M project in Madagascar. Reviewed together, these recent studies provide three key lessons for future projects.

Irrigation invariably improves yields, as shown by recent impact assessments of small-scale irrigation projects in Ghana, India, Mali, Nepal, the Philippines and Thailand. In the same studies from Ghana, India, Mali, and the Philippines, and another from Vietnam, the projects also increased crop sales and income. However, average crop sales or income show no improvement in the studies from Nepal and Thailand, nor another study from Peru.

For IFAD's AD2M and PASIDP projects, both yields and farm income were increased, but for IRPEP, increased yields were not always converted into higher crop income. This was attributed to households being unable to afford inputs during production, leading them to take costly loans from local traders to be paid back with their harvest, which then left little for sales. The low quality of these inputs also ate into their farm profitability. For PASIDP, there were also reports that households were sometimes unable to bring their goods to market before they began to rot.

The impact of irrigation on livelihood diversity can be unpredictable. In the India study mentioned above, waged labour income was increased but crop diversity decreased. Decreased crop diversity was also found for a JICA project in the Philippines. Livestock ownership and income was found to have increased in the studies from Mali, Nepal, and Vietnam, but no impact (or a negative impact) was found in the studies from Ghana and the Philippines.

Whilst crop diversity was improved by PASIDP, and income from livestock and household enterprises was improved by IRPEP, there was also evidence of livelihood narrowing from the IFAD projects, often without significant gains from specialisation. For instance, both AD2M and IRPEP beneficiaries were often found to have increased their focus on rice production at the expense of other more lucrative activities which led to a limited impact on total income.

Without sufficient gains from specialisation, narrow livelihoods can increase vulnerability to shocks and can hinder rural transformation by limiting off-farm economic activities. Future projects need to focus on improving total income (rather than just farm income) by identifying ways to promote livelihood diversification or more lucrative specialisation. This can be achieved by encouraging the use of irrigation water for livestock grazing land; and by using training, information and better market access to promote more beneficial value chain inclusion, the growth of high-value crops, and greater involvement in desirable off-farm activities.

One of the main problems of small-scale irrigation systems is ensuring the equitable distribution of water. In canal systems, overuse by upstream households often restricts water access for poorer households located at the tails. Both the JICA project from the Philippines and the India study mentioned above were found to be unable to overcome this issue. In India, the systems suffered from issues of elite capture despite providing additional management support to Water User Groups.

On the other hand, IRPEP was found to have improved the water access and the yields of downstream households. It was successful because water was delivered through more efficient concrete-lined canals fitted with water gates to ensure better monitoring and control, and because support was combined with capacity building of Irrigators' Associations. For PASIDP, it was also found that strengthening Water User Groups proved effective in improving the management of the systems.

While water equity issues are highly context specific, the positive findings from IRPEP and PASIDP highlight that a combined infrastructure and management-based approach is potentially the best-practice model to pursue.