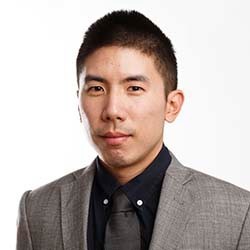 Is it possible to link small-scale producers to emerging opportunities in dynamic food systems? A new report published by the Alliance for a Green Revolution in Africa (AGRA) shows that 64 per cent of the food consumed in Africa comes from smallholder producers sourced through small- and medium-sized enterprises (SMEs). These SMEs are often private sector value chain actors that create opportunities and benefits to smallholder producers through sourcing, processing, packaging, transporting, and selling food to consumers.

IFAD has conducted several impact assessments of value chain projects that focused on linking producers to markets in Asia and Africa. Results indicate positive impacts on project participants in terms of increased income, assets, yields, as well as improved food security and dietary diversity. Evidence demonstrates that when value chain projects have a focus on the following factors, they can result in better outcomes for producers.

The Coastal Climate Resilient Infrastructure Project (CCRIP) in Bangladesh improved market access for farmers living in remote areas by increasing the resilience of local markets and roads to extreme climate events. As a result, transportation costs were reduced for small farmers and consequently their income from crop sales increased by 70 per cent during the monsoon season, and by more than 100 per cent over a full year.

Connect producers to others in the value chain

Contractual agreements established between producers and others in the value chain regulate the supply of products to the market and the prices that farmers can expect. In the case of the Agricultural Value Chains Support Project (PAFA) in Senegal, contracts between producer organizations and market operators were part of a package that helped small producers diversify crops, and ultimately made production more profitable. This in turn led to increases of almost 50 per cent in crop income for producers.

The Coastal Community Development Project (CCDP) in Indonesia invested in fisheries and aquaculture in coastal and small island communities where poverty was endemic. At the same time, fish processing groups were established to enable local women to process and market fish, and fish smokehouses, processing warehouses and marketplaces were built.  Marketing support and engaging women in processing and marketing of fish products were pivotal. Income from fishing increased markedly. Connecting fishers with processors likely played an important role in this impact.

In Sao Tome and Principe, findings from the impact assessment of the Participatory Smallholder Agriculture and Artisanal Fisheries Development Programme (PAPAFPA) and Smallholder Commercial Agriculture Project (PAPAC) projects suggested that benefits for producers could have been enhanced by investments further along the value chain, for example, in processing facilities. This would have led to more sustainable increases in farmers' revenue from higher value-added products, such as cacao powder and chocolate.

What to do with these lessons?

Many of these findings are consistent with those of the AGRA report, which highlighted the benefits to smallholder farmers when they are connected to markets through SME businesses. However, despite their potential to benefit farmers, SMEs in value chains are often referred to as the "hidden middle" because they are largely overlooked by policy makers. The lessons emerging from IFAD's impact assessments are thus relevant for policymaking, and can be taken into account in the design of future value chain projects.