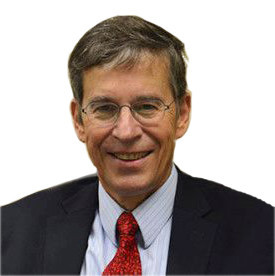 IFAD commemorates its 40th birthday next year. Since approving the Fund's first projects in 1978, IFAD’s members have assembled periodically to review its operations, provide guidance for the future, and replenish the financial resources of the Fund, which it in turn uses to support agricultural and rural development in its developing member countries. The replenishment consultation process lasts about a year and involves four meetings of some 50 government delegates. Currently the 11th IFAD replenishment consultation is under way and is expected to conclude with the last consultation session in December 2017 and the subsequent approval at the meeting of IFAD’s Governing Council in February 2018.

So why does the 11th Replenishment (IFAD11) matter?

At the most fundamental level, it matters because the world has a serious, persistent problem of poverty and hunger. The 2030 Agenda and Sustainable Development Goals, which were agreed by the international community in 2015, set ambitious targets for the eradication of extreme poverty and hunger in the world, but projections show that, with “business as usual”, these targets will be missed. And what’s worse, the recently released report on the State of Food Security and Nutrition in the World 2017 shows that “world hunger is on the rise: the estimated number of undernourished people increased from 777 million in 2015 to 815 million in 2016”.  Most of the world’s poverty and hunger are found in rural areas, and most of the solutions have to be found there too. This is why IFAD has a critical role to play.

IFAD11 also matters because IFAD is the second largest source of international funding for food and nutrition security (surpassed only by the World Bank). The Fund focuses primarily on support for smallholder farmers in the poorest, most remote and fragile areas of developing countries. Smallholder women and men, while among the poorest and most undernourished, also have great potential to contribute to food production in the developing world, provided they are given access to land, water, seeds, fertilizer, agricultural know-how and markets. This is what IFAD does in partnership with governments, the private sector, and other donor organizations. IFAD has demonstrated remarkable results through its thorough impact evaluations, which found that the ongoing portfolio of IFAD-supported projects in 2010-2015 would help 24 million rural people get out of poverty. Dollar for dollar, this is much more effective than what the average official development assistance (ODA) dollar has achieved over the same period.

But “business as usual” will not suffice. The Consultation is still ongoing, but intensive preparatory work by IFAD’s management and staff, guided by the delegates, has produced an ambitious agenda that will enable IFAD to scale up its impact significantly and thus make a major contribution to the achievement of the SDGs. This agenda has two main pillars.

The first pillar is to increase IFAD’s programme of loans and grants from US$3.2 billion in IFAD10 (2016-2018) to US$3.5 billion in IFAD11 (2019-2021). This would be the largest level of funding ever provided by IFAD. It would be made possible by a modest increase in members’ grant contributions from US$1.1 billion to US$1.2 billion, by repayments of outstanding loans made by IFAD in the past, and – very importantly – by IFAD borrowing some US$400 million from its wealthier member countries, thus leveraging the considerable equity (over US$6.5 billion) that IFAD has accumulated over the 40 years of its existence. During the IFAD11 period, the Fund will engage in an intensive process of preparing for the flotation of bonds in the international capital markets during IFAD12 (2022-2024), following the example of the World Bank’s International Development Association (IDA), since market borrowing would offer a more predictable funding source. Reliance on borrowed resources for some of its operations represents a fundamental transition in IFAD’s financing model from a revolving fund to a leveraged development finance institution, which will have to be accompanied by substantial enhancements of its prudential financial management capacity.

The second pillar involves leveraging of a different kind: IFAD plans to scale up the impact of each dollar it provides in traditional project finance by adapting its operational business model for greater efficiency and by doing even better on partnerships with others, on policy engagement, on capacity development and on gathering evidence and sharing knowledge. This will be supported by further decentralizing IFAD’s operational staff to recipient countries. One dimension of this type of leveraging is that IFAD’s programme of work (i.e., its own loans and grants, combined with cofinancing from domestic and international partners) will increase from US$7.04  billion three years ago to US$8.4  billion in IFAD11.

Achieving these scaled up impacts will not be easy. Member countries will be asked to ramp up their contributions at a time when many of them face tight budget constraints and when a strong US dollar exchange rate requires them to make additional efforts in their domestic currencies, just to keep the US dollar value of their contributions unchanged. And much will be demanded of IFAD management and staff: they will have to manage an intense period of institutional transition, in how they manage the Fund’s finances, and in how and where they do the Fund’s operational business.

But much will be gained from a successful conclusion of the IFAD11 replenishment consultation and from the implementation of IFAD’s ambitious strategy during IFAD11. Most importantly, IFAD will be enabled to make a greater contribution to the achievement of the 2030 Agenda goals of eradicating extreme poverty and hunger. At a time when the trust in multilateralism and multilateral institutions is threatened by many geopolitical and national political trends around the globe, a successful IFAD11 replenishment will demonstrate that multilateral approaches have a critical role to play in solving serious global issues.