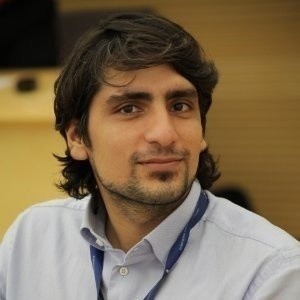 Four years ago, when the IFAD-supported S-RET project was first launched, the most common question was “what are RETs?” As we soon learned, many communities and policymakers were unfamiliar with the sector. Today, we have come a long way with integrating RETs – renewable energy technologies – into small-scale agricultural production.

Small-scale agriculture is vulnerable to climate change, and in turn, it poses its own risks to the environment. For example, activities like water pumping, post-harvest processing, and transport overwhelmingly rely on diesel engines. Many of these engines are old and inefficient, not to mention dependent on fossil fuels and their volatile prices. Nevertheless, very few institutions to date have considered integrating RETs in small-scale agriculture. Some of this reluctance is understandable – RETs are often perceived as too expensive or insufficiently tested.

S-RET, however, has convinced many stakeholders that these technologies are viable. To date, the project has implemented more than 4,500 renewable energy units throughout Cambodia and beyond, thanks to partnerships with renewable energy companies, technical institutes, and national- and provincial-level extension staff. Recently, the Global Environment Facility (GEF) selected S-RET as one of their Global Good Practice Projects.

A look at some of S-RET’s crucial partnerships

EcoSun, for example, is promoting a solar portable pump that provides access to water during the dry season for high-value crops. These pumps save each farmer an average of 2-3 litres of gasoline per day.

Lighting Energy Solutions (LES) has collaborated with an Indian company to promote solar dryers, now being used by many farmers to dry beef and fish. Traditional methods of sun-drying expose fish and meat to flies, dust and other contaminants. Adopting solar dryers improves hygiene (no flies, no dust); efficiency (seasonal barriers are eliminated, increasing drying capacity); and profitability (farmers now sell an average of 6 kg of dried beef per day, leading to average profits of US$20 per day).

LES uses an innovative buy-back approach, buying the dried products from the farmers and retailing them in supermarkets throughout Phnom Penh through an e-commerce platform. With no marketing necessary, numerous farmers have thus bought additional dryers to increase their production. LES’s next step is to localize their production to lower manufacturing costs.

Green Innovet Cambodia promotes solar poultry incubators through a holistic approach, training farmers along the entire value chain. Farmers purchase a package that includes the incubator system and everything they need to raise chickens. They also receive training on hatching chickens and caring for them throughout the life cycle, as well as operation and maintenance of the incubator. With incubator capacities of 300 or 500 eggs, depending on the model, chick hatching has become the main source of income for many farmers (the majority of them women), earning them US$300 to US$400 per month.

Looking ahead with government and institutional collaborators

In addition to these partnerships, S-RET continues to expand its long-standing collaboration with Cambodia’s National Biodigester Programme. To date, the project has installed over 2,600 biodigesters (units that break down organic matter such as food waste, reducing the amount sent to landfill). In total, these units have led to a reduction in greenhouse gases equivalent to 124,660 tons of CO2.

We have also piloted innovative applications of biogas energy, not only for cooking (and as an alternative to firewood and charcoal), but also for slaughterhouse waste management, granular production of bioslurry (a highly organic fertilizer), heating and warming chicks, as well as running small-scale machinery such as water pumps.

The adoption of RETs has directly improved women’s livelihoods, as well as their health. Many women are now enjoying greater productivity and increased incomes, as well as improved food and nutrition security through activities such as home gardening. Biodigesters have proved to be particularly helpful in this regard. The gas they produce can entirely replace firewood, thus avoiding the health consequences associated with its use – from the physical labour involved with collecting it to the incidence of respiratory and eye diseases caused by close-range exposure to burning wood.

The project has achieved these benefits through an innovative grant-based approach. In a first phase, grants were awarded to renewable energy companies for the purpose of testing RETs in the field. This also enabled companies to reach rural areas, where transaction costs of doing business are higher. In a second phase, once the RET was considered viable, companies had the option to apply for an additional rollout grant. These latter grants enabled them to establish supply chains in rural areas, including distribution and after-sales services.

Now, as we approach completion, Cambodia’s Ministry of Agriculture, Forestry and Fisheries is using its own resources to design a new proposal for the GEF’s next funding replenishment that would scale up S-RET with even greater private sector involvement – a clear indicator of how far IFAD has brought Ministry commitment to green clean tech.

Many countries are now placing greater emphasis on renewables, especially to avoid locking themselves into a highly carbon-intensive path to economic growth. We can see that renewable energy is also offering promising opportunities for new jobs, especially for young people. S-RET has made great progress in scaling up these technologies within Cambodia and scaling up the conversation around renewable energy – a conversation that now includes our small-scale partners.