The first meeting of the Farmers' Forum took place in Rome on 13 and 14 February 2006, bringing together 162 representatives at the ministerial level and more than 50 farmers’ leaders from all over the world who interacted with IFAD staff and selected partners.

On the first day of the three-day meeting, participants broke into three regional groups – Africa, Asia and Latin America – where discussions were held on improving and institutionalizing the partnerships between IFAD and farmers' organizations. On the second day, three thematic working groups were set up to discuss:

On the third day, participants discussed and endorsed a synthesis of deliberations from the Forum. It was then read to the Twenty-Ninth session of IFAD’sGoverning Council by Estrella Penunia, Secretary-General of the Asian Farmers’ Association for Sustainable Rural Development and Philip Kiriro, Vice-President of the International Federation of Agricultural Producers.

The main recommendations in the synthesis were: 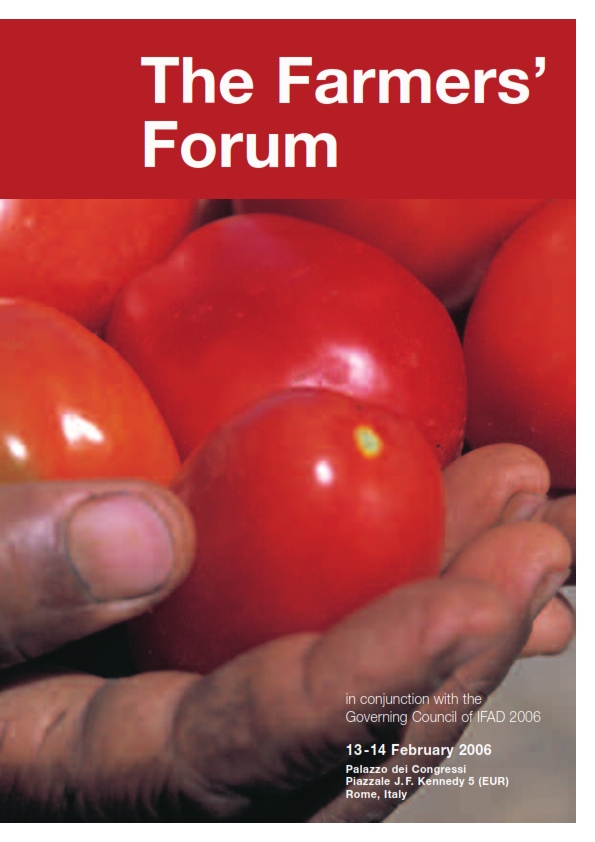