Why land tenure is crucial for sustainable food systems

Why land tenure is crucial for sustainable food systems 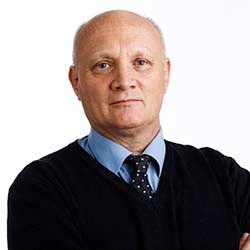 With nearly half of the world’s population living in the rural areas of low- and middle-income countries, tenure security – the right to access and use land and natural resources such as forests, communal grazing areas, fishing areas and other common-property resources – is fundamental for sustainable development.

However, in recent years, factors such as population growth, urbanization, environmental degradation, climate change, and land grabbing, among others, have created unprecedented pressures on tenure systems of all kinds. Tenure insecurity, in turn, contributes to social exclusion and conflict. It undermines people’s ability to invest in sustainable land management and agricultural production, resulting in food insecurity and vulnerability to climate change and a range of social shocks and crises.

This is especially true for the estimated 500 million farming households in the developing world, who produce at least a third of the world’s food and feed about eighty per cent of all people in these regions. For these farmers, achieving secure land tenure can help buffer against a range of shocks that threaten their livelihoods. In recognition of this, IFAD is committed to promoting equitable access to land and tenure security.

Tenure security is a cornerstone of resilient agricultural systems and healthy rural communities.
Having tenure security means more than possessing a formal record of one’s land rights. It directly influences the extent to which farmers are willing to invest in production and land management. It can open up pathways to accessing finance, thus allowing farmers to build their capacity to withstand shocks and stresses. It also contributes to a sense of stability that can positively influence societal relations, encouraging the sharing of benefits among individuals and groups.

Tenure security is crucial to scaling up agroecology and sustainable land use.

In the absence of tenure security, many farmers see little reason to adopt agroecology and other sustainable land use practices. This translates into missed opportunities for transitioning towards sustainable and resilient farming systems. Tenure security, meanwhile, is strongly associated with positive environmental outcomes, especially the adoption of sustainable practices. Many of these practices – e.g., increasing soil fertility and reducing erosion – require long-term planning, and therefore must be underpinned by tenure security.

Vulnerable people and marginalized groups are particularly prone to tenure insecurity.
Although they produce more than half of all grown food, women rarely own the land they work on, and they often have little decision-making power regarding how to use the land and its outputs. Young people also frequently have difficulties accessing land, due to scarcity and a variety of cultural factors. Meanwhile, most rural communities in the developing world – especially indigenous communities – rely on traditional tenure management systems that often lack legal recognition and protection. This leaves them exposed to the risks associated with investments in infrastructure development, extractive industries and large-scale commercial agriculture, which often negatively impact their livelihoods.

In recent years, there has been a growing recognition of the importance of tenure security and good land governance for achieving the Sustainable Development Goals (SDGs). International regulatory frameworks, such as the Committee on World Food Security’s Tenure Guidelines, have been developed to guide the formation of more sustainable and inclusive policies. Moreover, a set of tenure indicators has been included in the SDGs themselves. They are directly implicated in the goals of poverty eradication (SDG 1), sustainable agriculture (SDG 2), and gender equality (SDG 5), and they touch upon at least 10 of the remaining SDGs.

Despite these efforts, the need for secure tenure rights has yet to gain widespread recognition in national law and practice. One of the key challenges in this regard is the need to develop robust policy frameworks and implementation strategies, and to build institutional capacity, at the community and local government levels.

IFAD contributes to this effort by supporting a range of measures for improving poor rural people’s tenure security and access to land and natural resources. This includes, among other activities: working to record and register community, group, familial, and individual use and ownership rights; supporting conflict resolution; improving equitable access to land; enhancing access to and management of common resources; strengthening women’s and young people’s land access and tenure security; helping its target groups secure land rights as part of inclusive business arrangements with the private sector; and supporting multi-stakeholder dialogue in policy formulation.

Equitable access to land and tenure security is key for the successful outcome of IFAD’s efforts to transform food systems and eradicate poverty. Through its partnerships with government ministries and civil society organizations, IFAD works to strengthen its engagement in land policy formulation and implementation and to support the strengthening of community-based and decentralized institutions involved in land governance.