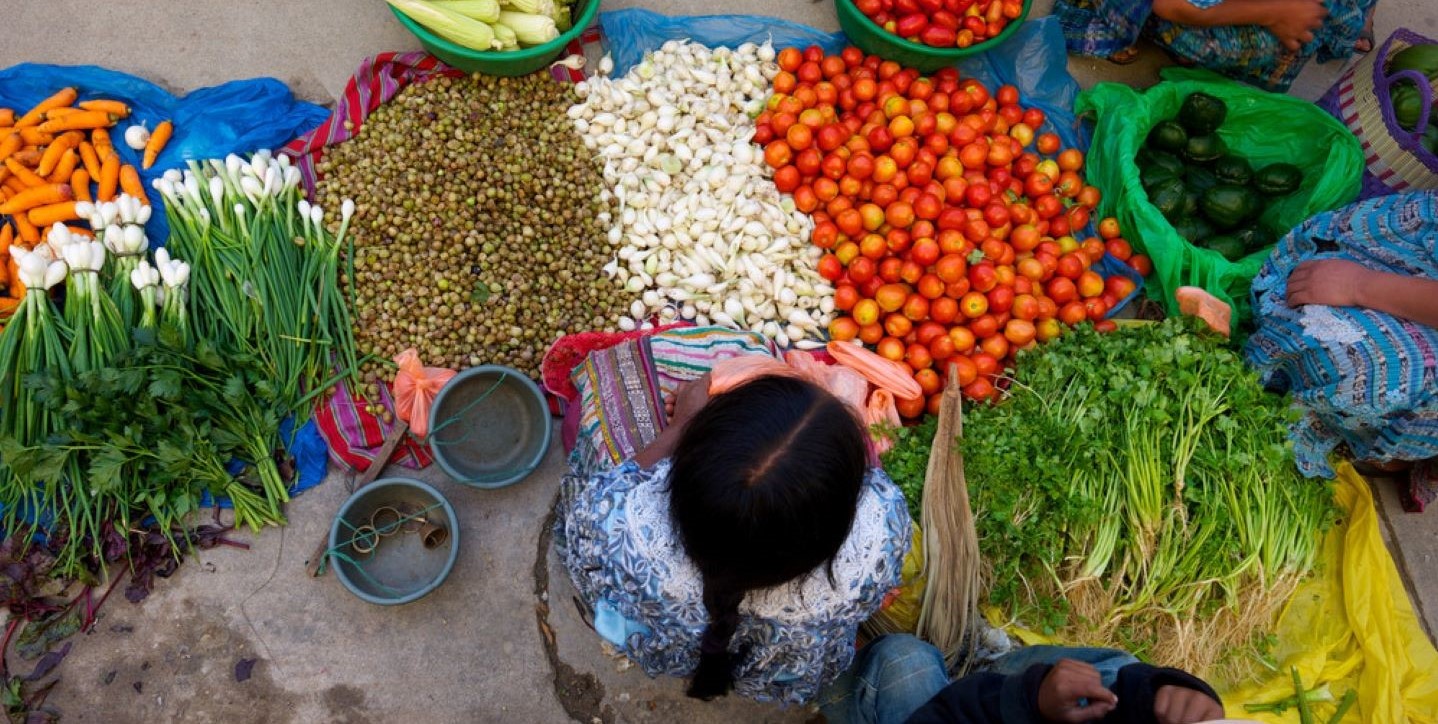 Ten years ago, in Paraguay’s Capiíbary district, a group of women came together to form an association of market-sellers. They named themselves Dos de Oro, sharing the name with a local landmark: a steep little hill that rears up from the flat terrain. Their goal was to pool their resources, gather the fruits and vegetables they grew, and establish a market in Capiíbary. And so, the Asociación de Feriantes Dos de Oro was born.

In the decade since its establishment, the 29 members of the association have transformed their lives and livelihoods.

Nilda Rosa Benítez de Martínez, a mother of nine, recalls the difficulties her family experienced before the association came into being. She used to make cheese and sell it from door to door, or take a cart into town and sell her products there. Meanwhile, her husband cultivated manioc, maize, beans and cotton. The family’s fortunes mostly depended on the prices he was offered.

“When the prices were good, we were all happy. But farm products don’t always get a good price,” she says.

San Pedro department, where Capiíbary is located, has one of the highest poverty rates in Paraguay, with 37.3 per cent of its residents below the poverty line and 8.3 per cent classified as extremely poor. While Paraguay’s economy is heavily dependent on agricultural products from large-scale enterprises producing beef, wheat, maize and soya, small-scale producers are largely disconnected from the country’s economic performance. Nationally, around two-thirds of farming families are poor, a situation which is being exacerbated by declining livelihoods due to climate change, deforestation and soil degradation.

IFAD and Paraguay’s Ministry of Agriculture and Livestock have been helping small-scale farmers and indigenous families earn decent livelihoods through the PPI project. To date, almost 7,000 producers across Paraguay have participated in the project’s first phase.

In San Pedro, the project focuses on grass-roots associations seeking to access markets. It helps members of community organizations pool their resources, access training, inputs and credit, and learn how to establish profitable rural enterprises. In doing so, they improve their livelihoods and supply diverse, nutritious foods to local and national markets. They also learn how to farm sustainably, conserve soil and water, and reduce waste.

Having already participated in earlier Ministry projects, Nilda Rosa and her fellow association members knew PPI would offer them the perfect opportunity to reinvest into their business. Through PPI, they took classes in accounting, banking and tax matters, as well as in marketing strategies and product presentation. The programme also helped them gather and organize the documentation needed to operate at the market, and helped them build new chicken coops and pigsties.

They then turned their focus to creating a better offer for consumers. They reached out to new customers through social media and went on marketing trips. As their business skills improved, the association successfully negotiated with the municipality to construct a warehouse. They now have their own vehicles, too.

Today, the Asociación de Feriantes Dos de Oro is a local institution. Each woman’s income has grown by an average of US$30 in the low season, and can increase three- or five-fold during the high season between October and December. What started as a small cluster of stalls in front of the district hospital is now integral to local food systems.

And it has plans to grow further. The association has just finished implementing the Micro-Capitalization Plan, part of the second phase of PPI. This initiative helped them create business plans to sell their products both locally and at national markets organized by the Ministry.

“Our growth has been gradual but constant,” Nilda Rosa says. “We have counted on the support of the project to help us to organize our documentation and investments, and to familiarize ourselves with banking and formal procedures. That was a great advance and guarantees that we can keep on growing.”

As the treasurer, Nilda Rosa herself manages the association’s finances, purchases, sales and taxes, as well as hiring staff when help is needed. On top of all that, she looks after the four children still at home. It’s a lot of work, but you wouldn’t know it from her smile.

The entire family comes together to prepare for the market visits – every Friday to the district market, once a month to Asunción, the capital. “I can make 3–4 million guaraní (US$400–500) a month from sales,” she says. “Previously, it took us a year to earn that much. Now, we can control how much we earn by how hard we work.”

No longer dependent on fluctuations in cotton prices, Nilda Rosa can save. “Now I can even separate out my piggy banks. In one pot I put the coins, and in another the bills to buy important things. And I manage it.”