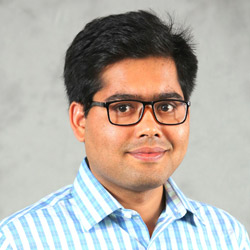 Conventional wisdom has long held that giving grants to small-scale farmers produces temporary gains at best. But recently, our research into a grants-based intervention employed by PRICE, an IFAD-funded initiative in Rwanda, found benefits that have lasted for five years and counting.

How do grants work, and what can they do?

Grants-based interventions (or, more simply, “grants”) usually take the form of cash or in-kind contributions to small-scale producers (farmers and other value chain actors) in need of financial assistance. The intent is to help them start or increase their economic activity – e.g., launching a new business or investing in an existing one.

However, grants are generally difficult to implement, and their effectiveness depends partly on who receives the grant and whether it is invested into productive activities. If, for example, recipients already have access to financial services, giving them grants has little benefit.

Instead of giving grants directly, the PRICE project sought to work around these constraints through the use of a criteria system. PRICE asked its participating entrepreneurs to fill out business proposals and evaluated them according to certain criteria. Those whose proposals “passed” were given a letter of endorsement that they could bring to a bank or microfinance institution and use as supporting documentation when applying for a loan. For those who successfully got a loan, PRICE paid off the outstanding amount once the entrepreneur had repaid 50 per cent.

But how exactly did this translate into long-term gains – and might it have had other benefits too?

A closer look at the PRICE project

Naturally, these results raise many questions about the circumstances in which grant interventions can meet with such success. One possibility is that, in situations where small-scale farmers have limited access to finance (as is the case in Rwanda), even one-time access to capital can make a marked difference. Another is that, in situations where small-scale farmers have capital but are hesitant to take a risk, grants can be just the support they need to take on risky but high-reward investments (since grants guarantee a partial recovery of costs).

Notably, there was also an increase in wage and service income alongside agricultural income. This aligns with the overall employment dynamics in Rwanda, which has seen a shift away from self-employment toward wage and service jobs in recent years. Further investigation shows that this could have happened because the PRICE program enabled households to hire laborers for their horticultural activity, allowing the household members to work in wage and service jobs. Moreover, involvement in multiple economic activities suggests that households expand their economic activities (i.e., diversify their income) whenever there is an opportunity to do so.

Another factor, much less well studied, is the role the grants may have played in fostering a relationship between small-scale farmers and financial institutions. It is possible that, by enabling endorsed entrepreneurs to work directly with these institutions, the project created an opportunity for a long-term business relationship to develop.

Among those general observations, we took away three key lessons that may be of use to other researchers and project designers:

First, one of the key challenges we faced was a low rate of successful grants disbursement. In our study, only about a third of endorsed businesses ended up with grants. Meanwhile, many participants described the selection procedure as too long, and also noted a long gap between proposal submission and grant disbursement. Here, a more efficient verification stage (e.g., conducting the proposal evaluation and field verification simultaneously) might help increase the overall quality of applications and raise the approval rate. We expect it would also shorten the payment window and increase the rate of successful grant disbursement.

Second, about half of all endorsed businesses were able to get loans. Although this is an improvement over the typical take-up rate of microfinance programmes, it is not a significant boost overall. When we investigated further, we found that participants reported strict screening procedures, while the financial institutions pointed to low liquidity to explain their low loan approval rate. We therefore see plenty of opportunities for international development organizations to work with local financial institutions to broaden their capital base and coverage. In particular, flexibility with loan repayments that are adapted to each business’ cash flow (especially accounting for the pre-harvest season), along with quick and easy loan validation procedures, could work to boost loan demand and supply from local financial institutions.

Third, although we selected participants based on their proposal scores, be aware that there is a rather weak relationship between a small-scale business’s scores on measures like these and its overall potential profitability. As has been found in other contexts, it is indeed difficult to predict economic outcomes (e.g., income) by a single variable (e.g., scores). Therefore, when identifying entrepreneurs with good potential for success, it is vital to include other indicators, such as demographic and infrastructural variables (including age, sex, number of household members, education level, housing quality, and access to electricity and road infrastructure), in the overall assessment.