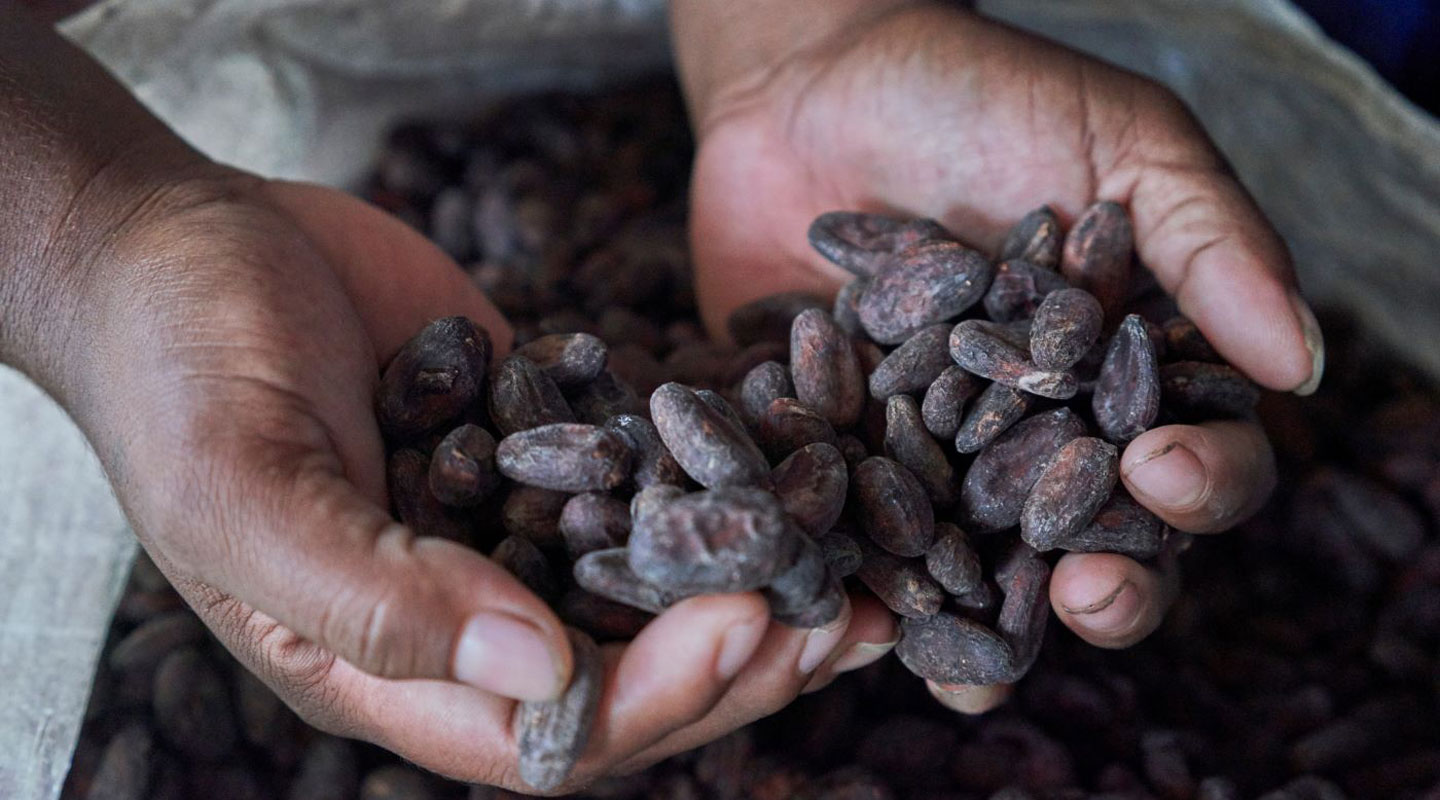 Coffee and chocolate can do much more than give us a boost of energy in the morning.

For the last seven years, the NICADAPTA project, financed by IFAD and implemented by Nicaragua’s Ministry of Family, Community, Cooperative and Associative Economy (MEFCCA), has improved the incomes and quality of life of more than 45,000 families in Nicaragua through the sustainable development of coffee and cocoa production.

NICADAPTA works closely with producer cooperatives and their members, many of them women and youth, to help them access lucrative coffee and cocoa markets and increase their resilience to climate change. The results are making their lives not only sweeter, but also better. In every sense. 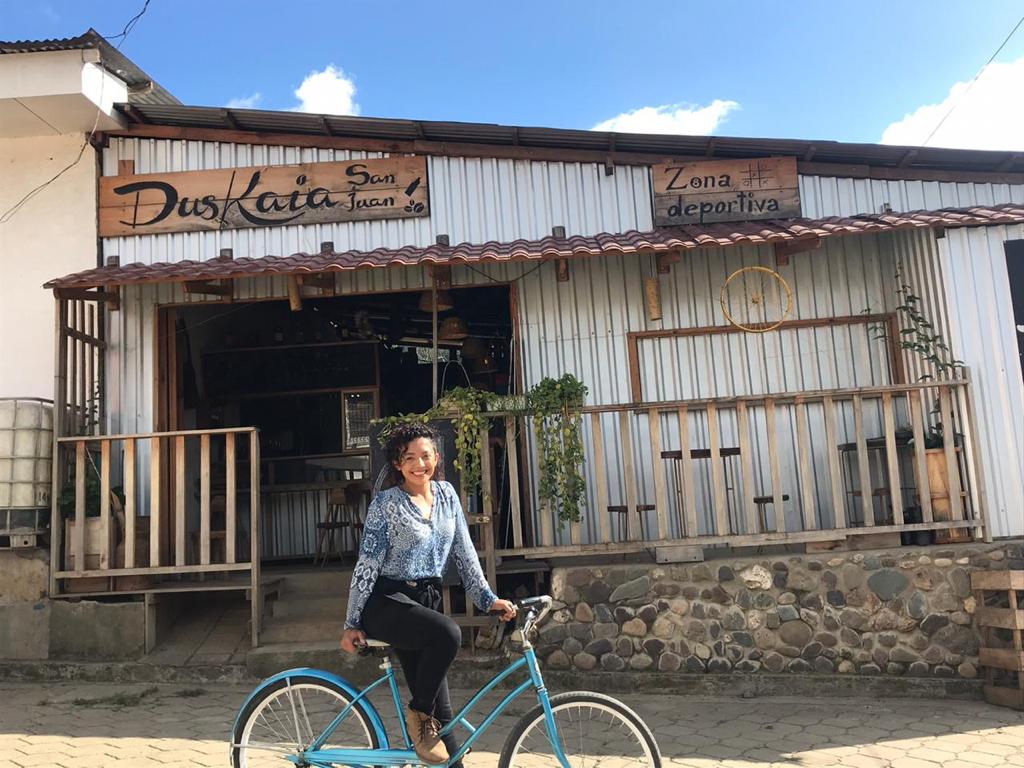 Meylin arrives at the café.

Wellness for the community – and the earth

Duskaia is a Miskito word that means “the well-being of the Earth.” It’s also the name of the café run by a group of 10 young entrepreneurs in San Juan del Río Coco, a small town in northern Nicaragua’s Madriz Department. The project was born from the idea of uniting two of their passions: conversation and coffee.

Meylin Moreno, a young architect, moved back to her hometown from the capital city of Managua to join the group and pursue her dream. “Most of us were born surrounded by coffee,” she explains. “The passion for coffee drives us. We want not only to serve coffee, but to do it in a pleasant atmosphere.”

Duskaia is more than just a coffee shop – it’s a place where culture and tradition are honoured every day. The café also offers a full-service menu featuring typical local dishes made with produce grown by the Coagroalianza agricultural cooperative, of which all 10 entrepreneurs are members.

The group now receives support from both Coagroalianza and NICADAPTA. In particular, the project has helped the 10 business partners – five men and five women – receive training in everything from good agricultural practices and environmental sustainability to accounting, marketing and public relations.

“We have changed a lot,” Meylin says. “Now we are more motivated and innovative, more grateful and with a greater sense of humanity. We do this for ourselves, but also for our families and our community. We want our parents to know we’re ready to take up the baton.”

The Duskaia project is proof that when innovation meets tradition, when enthusiasm meets discipline, young people can be the protagonists of rural development. Their hard work and dedication can improve not just their own incomes, but also the quality of life and the horizons for their communities. 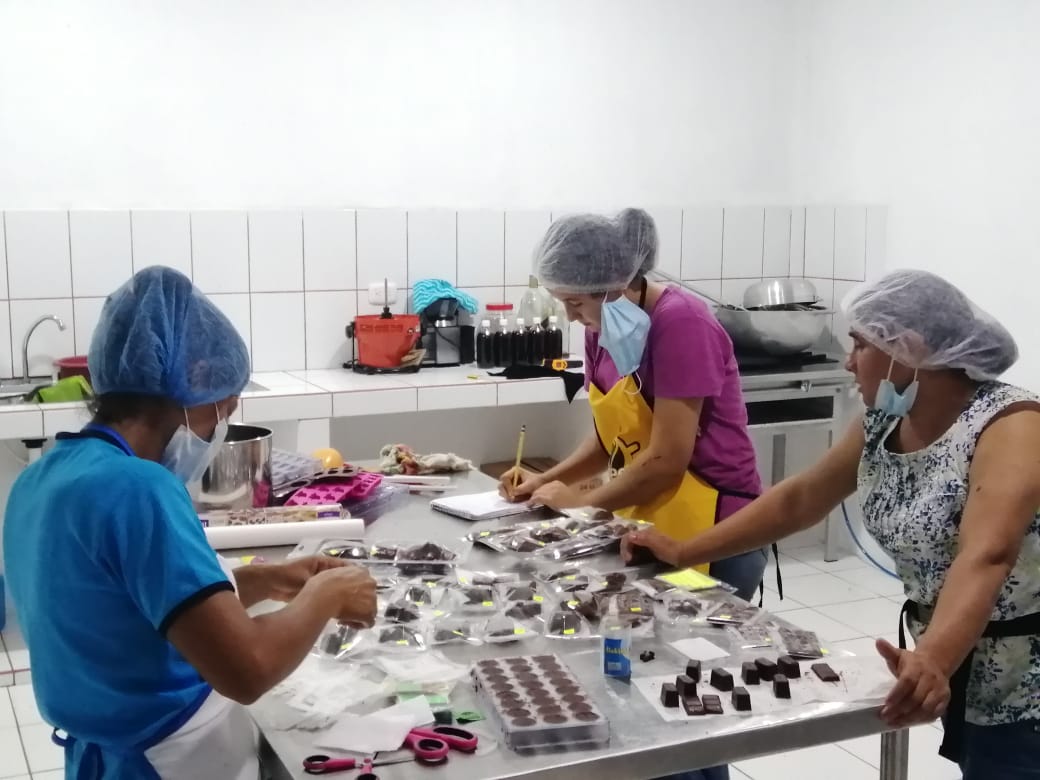 Members of the Caribbean Women and Youth Solidarity Group at work in the chocolate-making facility.

The chocolate paste has just come out of the mill. The 15 women gathered in the room each take a portion of the paste, weigh it, and form it into shapes (today it’s stars, rectangles and bells). Then they bag up the sweets and prepare them for sale.

Not too long ago, the women would have had little use for a chocolate mill. Cocoa had always been a minority crop in their hometown of El Rama, a small municipality in Nicaragua’s Autonomous Region of the South Caribbean Coast. But not too long after COOPROCAR (the local agricultural cooperative) introduced it as a deterrent to the pests and diseases that were affecting their other crops, they realized it had the potential to do much more.

At first, the idea of forming a group didn’t come easily to them. They didn’t know anything about cocoa or chocolate-making, and for most of them, it was their first time working outside the home. Working with the cocoa also meant officially joining COOPROCAR, and they faced some pushback at first – especially from the male members of the cooperative.

“But we stayed firm and united until we became part of the organization,” says group member Coralia Cortéz.

Once officially formed, the group – now known as the Caribbean Women and Youth Solidarity Group – jumped straight into the chocolate business. With NICADAPTA’s support, they learned how to handle and process the cocoa and also gained the skills they needed to organize themselves and manage the business.

Today, their business is a “dream project,” as group member Leda Guido describes it. They hope to earn a reputation for their high quality and establish themselves in local, national and – why not? – international markets.

“Although our production is still low, the demand for our products is growing,” says group member Julissa Massiel. “We send chocolate, cocoa and cocoa liquor to Managua and it is distributed the very same day.”

The NICADAPTA managers share the group’s confidence, too: they increased their investment from US$10,000 to US$40,000.

“With this new funding, we are increasing our production and marketing opportunities,” Julissa adds.

Even as the group continues to dream big, they’re already reaping the rewards – in many different ways.

“We feel liberated here,” says group member Nanci Obregón. “We can do something useful beyond taking care of our elders and children, and we get recognition from our families and the community.”

And she, like everyone else, knows how fundamental the group effort has been to their progress. As she says, “Only teamwork puts us on the road to success.” 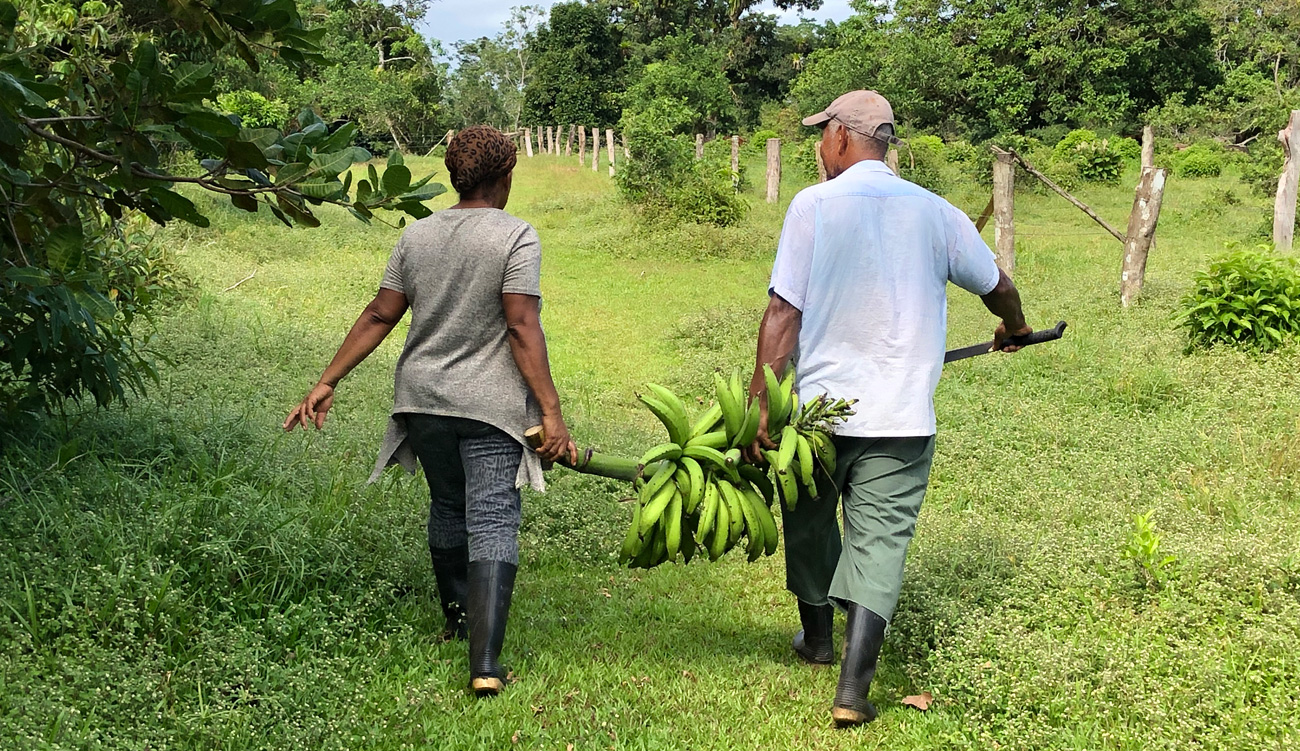 Coffee for a change

Like El Rama, the indigenous and Afro-descendant territory of Laguna de las Perlas is also part of the Autonomous Region of the South Caribbean Coast. Here, too, coffee had never been very popular – the inhabitants have long subsisted on other crops and artisanal fishing.

In 2015, however, NICADAPTA staff demonstrated to local farmers that growing coffee beans could diversify their production and improve their incomes. Soon after, NICADAPTA launched an initiative with 205 families from 15 communities to strengthen their productive capacities of robusta coffee.

One of those families is headed by Merling Joines, an Afro-descendant woman from the local community of Manhattan. When the project began, Merling was a municipal official. But as a single mother of seven, she’d always found that her salary wasn’t quite enough to make ends meet, so she had always cultivated her fields on the side.

NICADAPTA trained participating families on everything from sustainable coffee cultivation to disease control to the preparation of organic fertilizers. The trainings incorporated environment-friendly practices designed to increase family farmers’ resistance to climate change – a key component of the NICADAPTA project. They also gave farmers the tools to address social issues such as gender inequality and food and nutritional insecurity.

“The trainings gave great results,” Merling says. She especially valued the chance to speak with community cooperatives in the inland municipality of Nueva Guinea that had already implemented the same system.

The project created coffee-growing areas under the protection of taller trees, a practice that allows farmers to avoid the intensive application of agrochemicals, as is the norm in other parts of the country. It also distributed plants such as fruit and timber trees, which achieve the dual purpose of shading the coffee plants and diversifying available crops.

Today, Merling’s family is one of about 20 families who want to take their efforts further. They’re hoping to form an association of their own to further increase their production, add value to the coffee they produce, and market it everywhere they can.

Merling, too, is eager to keep going. She doesn’t hesitate for a second when she says, “At my age, being able to learn new things that make life easier is a great chance.”