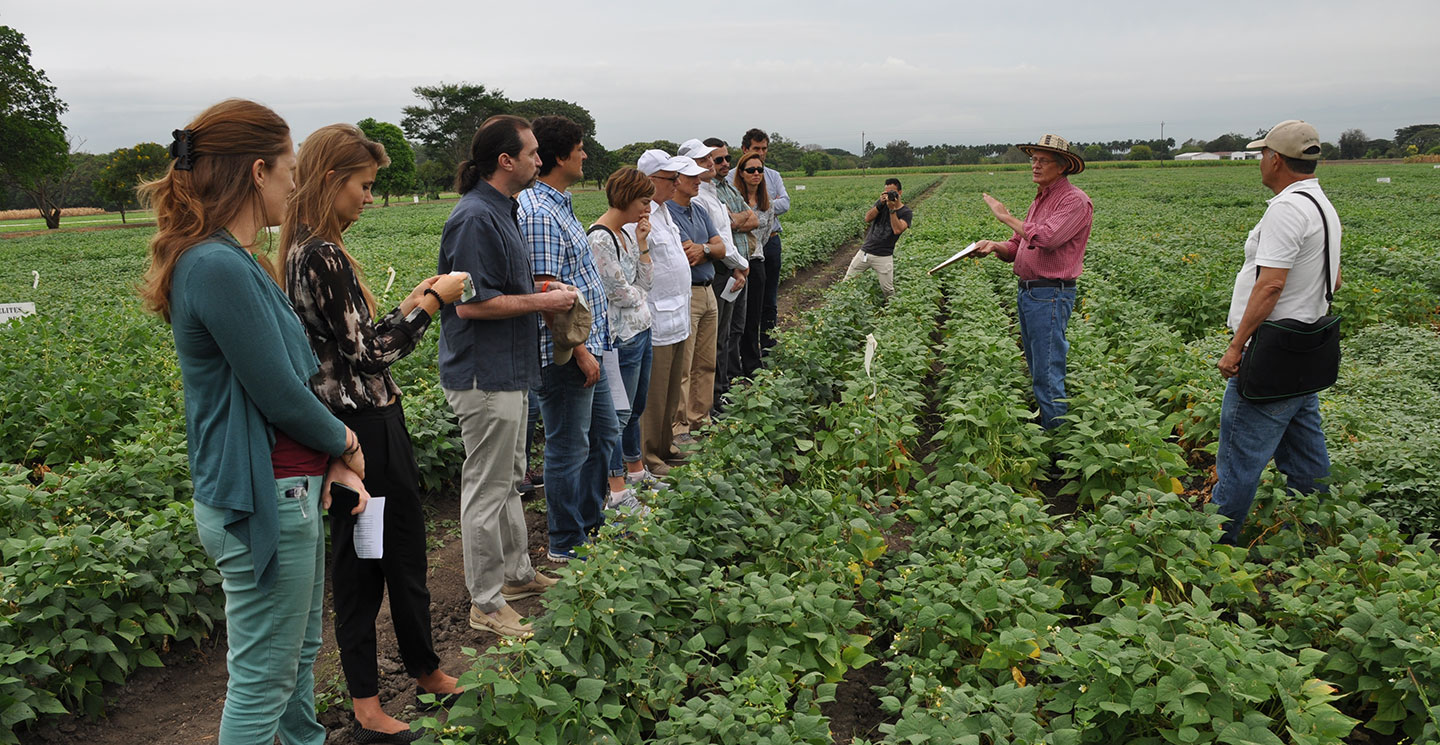 Rome, 13 February 2017 – A statement of intent between the International Center for Tropical Agriculture (CIAT) and the International Fund for Agricultural Development (IFAD) promises to boost resilience to climate change and improve the livelihoods of thousands of smallholder farmers around the world.

The partnership will serve to maximize the work of both agencies by making new climate-smart technologies and innovations developed by CIAT research available to the smallholder farmers participating in IFAD-supported projects in developing countries.

The statement of intent was signed today by Kanayo F. Nwanze, President of IFAD, and Ruben Echeverria, Director-General, CIAT, ahead of IFAD’s annual Governing Council meeting which begins tomorrow, 14 February, in Rome.

“This is an exciting moment for all of us in the development sector,” said Echeverria, prior to the signing. “By uniting CIAT’s innovative research with the reach and influence of IFAD, we should be in a much stronger position to reach increasing numbers of the world’s most vulnerable people,” he added.

“Like IFAD, CIAT understands that small-scale agriculture, especially in tropical areas, must become more robust, resilient, efficient and sustainable, so that it can meet the growing demand for food and resources, while offering profitable pathways out of poverty. This agreement sets the stage for closer collaboration between CIAT and IFAD to achieve exactly that,” he stated.

“As a scientist, I cannot overemphasize how important scientific research is in contributing to increased food security. We have to continue to invest in agricultural research for development if we want to meet the Sustainable Development Goals devoted to ending poverty and hunger by 2030,” said Nwanze.

Two new projects will be launched following the signing and will lay a strong foundation for the partnership. They will promote climate-smart agriculture in Central America, and improve dairy production in East Africa through the use of improved, drought-resilient forage grasses. These projects will demonstrate the value that science and scientific research can bring to IFAD’s work on the ground, as well as the support and opportunities that IFAD can offer CIAT to deliver scientific breakthroughs directly to smallholder farmers.

Since 2001, IFAD has collaborated directly with CIAT on 23 grant projects by providing a total of US$18 million in funding.  Additionally, joint European Commission and IFAD funds have financed seven grant projects, implemented by CIAT for approximately $25.5 million since 2007.

Following the signing, CIAT will hold a special anniversary event, Banking on Science: a pathway to prosperity, to celebrate its 50 years of operation. The event will feature a presentation by CIAT climate change specialist Andy Jarvis, who will outline the role that science can play in supporting the work of development banks.

The International Center for Tropical Agriculture (CIAT) – a member of CGIAR – develops technologies, tools, and new knowledge that better enable farmers, especially smallholders, to make agriculture eco-efficient – that is, competitive and profitable as well as sustainable and resilient. Eco-efficient agriculture reduces hunger and poverty, improves human nutrition, and offers solutions to environmental degradation and climate change in the tropics. With headquarters near Cali, Colombia, CIAT conducts research for development in tropical regions of Africa, Asia and Latin America. www.ciat.cgiar.org

CGIAR is a global research partnership for a food-secure future. Its science is carried out by 15 Research Centers in close collaboration with hundreds of partners across the globe. www.cgiar.org

The International Fund for Agricultural Development (IFAD) invests in rural people, empowering them to reduce poverty, increase food security, improve nutrition and strengthen resilience. Since 1978, we have provided nearly US$18.4 billion in grants and low-interest loans to projects that have reached about 464 million people. IFAD is an international financial institution and a specialized United Nations agency based in Rome – the UN's food and agriculture hub.