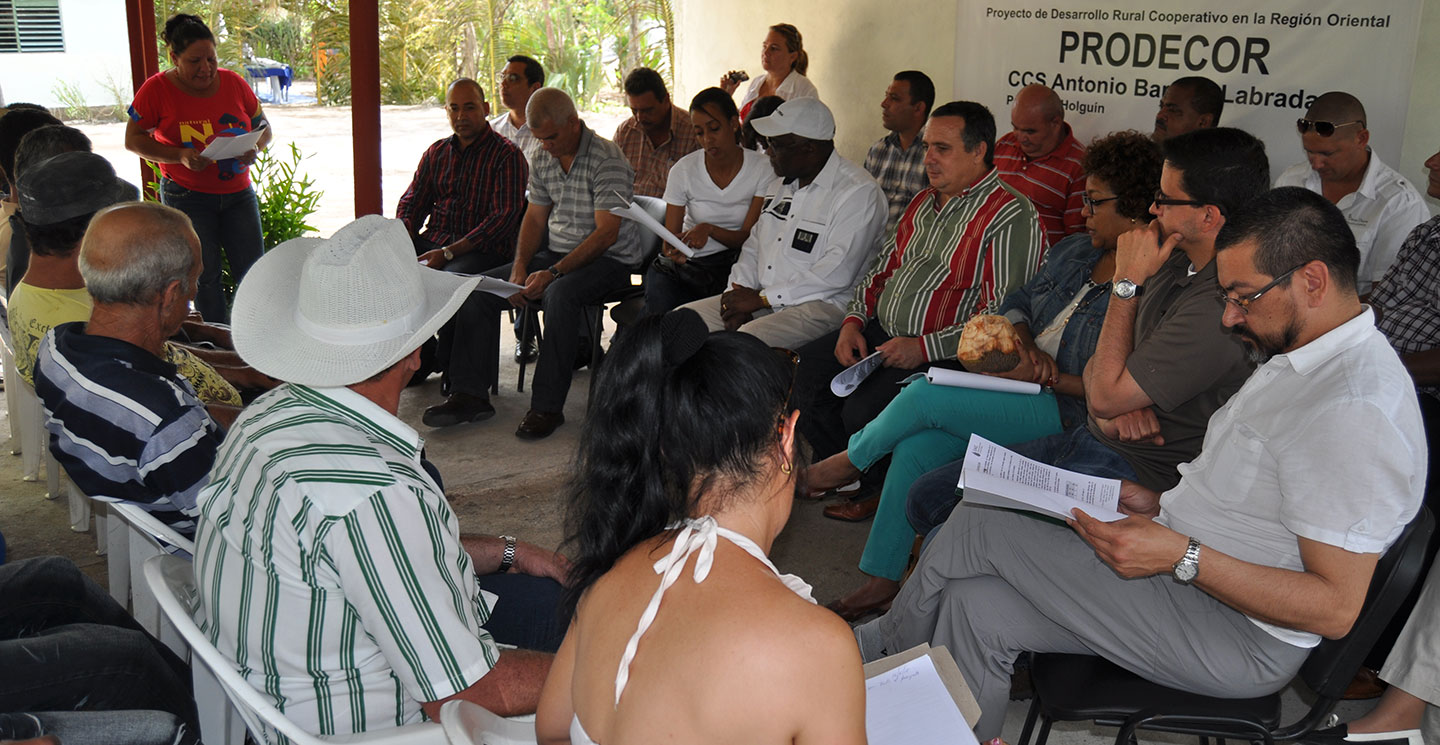 Rome, 23 January 2017 – Promoting the sustainable growth of the livestock sector to raise incomes and provide employment opportunities to families in livestock cooperatives is the aim of a financial agreement signed today between the International Fund for Agricultural Development (IFAD) and Cuba.

The agreement for the Livestock Cooperatives Development Project in the Central-Eastern Region (PRODEGAN) was signed in Rome by IFAD President Kanayo F. Nwanze and Alba Beatriz Soto Pimentel, Ambassador of Cuba in Italy and Permanent Representative of the Rome-based United Nations agencies.

The total cost of the project is US$50 million, of which IFAD is providing a $11.9 million loan. In addition, Agence française de développement (AFD) will contribute $28.1 million while the remaining $10 million will come from the Government of Cuba.

“IFAD can play an important role in supporting the transformation of Cuba's agricultural sector by supporting smallholder farmers organized into private cooperatives, who represent the productive backbone of the sector,” said Lars Anwandter, IFAD Country Programme Manager for Cuba.

In recent years, there has been a decline in Cuba's livestock sector because of reduced investments and the country's agricultural production is well below its potential. As a result, local food production doesn’t meet local demand and Cuba is highly dependent on food imports. Growth in the tourism sector has also contributed to an increased demand for food.

PRODEGAN will attempt to address and reverse the situation by supporting private livestock cooperatives and helping smallholder farmers increase the production and sale of milk and meat.  In addition, the project will improve the managerial and organizational capacities of the cooperatives while placing special emphasis on the empowerment of women and youth.

The project will directly benefit 11,500 rural families in 105 cooperatives, reaching a total of 34,500 beneficiaries. It will be implemented in the province of Camagüey, in the municipalities of Guaímaro, Sibanicú, Camagüey and Jimaguayú. Once a flourishing livestock production area, the municipalities identified have a high concentration of milk and meat producing cooperatives, and include 45 per cent of the province's cattle population and 57 per cent of its milk production.

Since 1980, IFAD has financed three rural development programmes and projects in Cuba for a total cost of $117 million, including an IFAD direct investment of $37 million.