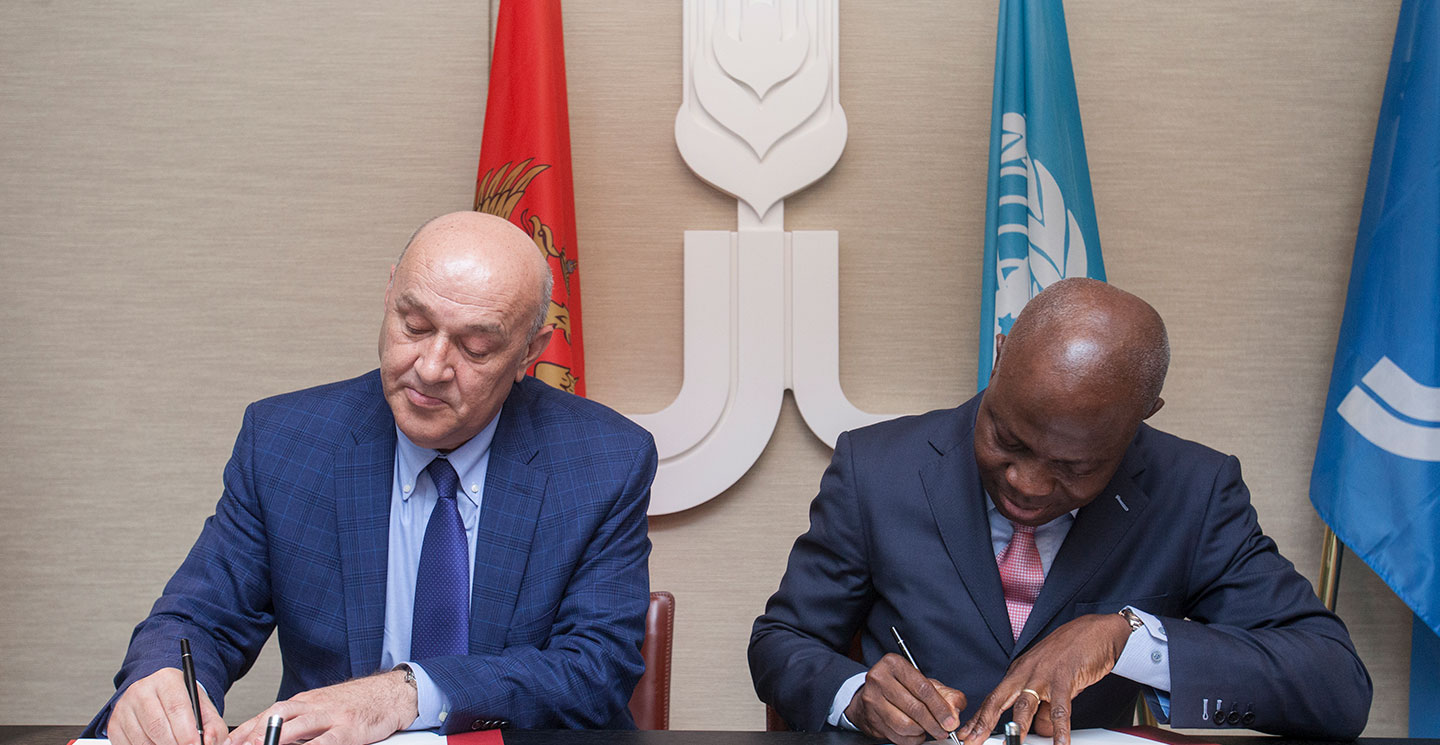 Rome, 12 May 2017 –The International Fund for Agricultural Development (IFAD) and Montenegro signed a financial agreement today to launch a project to transform the lives of over 16,000 smallholder farmers.

The Rural Clustering and Transformation (RCTP) project will be the first that IFAD has supported since Montenegro became a Fund member in 2015. The agreement was signed today by Gilbert F. Houngbo, President of IFAD, and Darko Radunovic, Minister of Finance of Montenegro.

In recent years, Montenegro’s economy has seen growth in some regions, while others have been left behind. For example, tourism and construction sectors have grown in coastal and central areas, while northern mountainous areas languish with higher poverty, depopulation, limited employment opportunities and poor infrastructure. Agriculture, the key economic activity in the region, suffers from low productivity which has been even further impacted by climate change.

The aim of the new project is to help farmers become more competitive economically and resilient to the effects of climate change. In addition to financing, poor rural people need experience, skills and knowledge management which will be the focus of IFAD's intervention.

Environmental sustainability will be the key guiding principle of the project, which seeks to leverage some of the unique characteristics of the mountainous area (the relative purity of the environment, the absence or limited use of pesticides) as a commercial benefit for farmers.

The total cost of the project is Euro 13.61 million, of which IFAD is providing a Euro 3.88 million loan and a Euro 1.88 million grant under its adaptation for Smallholder Agriculture Programme (ASAP). Other cofinanciers are: the Government of Montenegro (Euro 4.3 million), the beneficiaries themselves (Euro 1.33 million) and participating small and medium enterprises (Eur 0.6 million).

"Transforming rural areas and providing new opportunities is key to addressing inequality and migration," said Annabelle Lhommeau, IFAD’s Country Programme Manager for Montenegro. "Small farms are important to Montenegro and the project will help them increase productivity and adapt to climate change.”

The project will focus on rural areas in the northern mountainous region, where farmland is mostly over 600 metres above sea level. Berane, Bijelo Polje, Mojkovac, Niksic, Petnijica, Svnick and Zabljak are the counties that will initially be involved.

IFAD invests in rural people, empowering them to reduce poverty, increase food security, improve nutrition and strengthen resilience. Since 1978, we have provided US$18.5 billion in grants and low-interest loans to projects that have reached about 464 million people. IFAD is an international financial institution and a specialized United Nations agency based in Rome – the UN’s food and agriculture hub.