Paris, 11 January 2021 – Millions of poor farmers living in the world’s most climate-impacted parts of the Sahel have cause for hope today because of their governments’ support for accelerating Africa’s Great Green Wall (GGW), an area covering 11 countries from Senegal and Mali in the West to Ethiopia and Djibouti in the East.  A new investment programme is planned to support Sahelian governments through a partnership between the Green Climate Fund (GCF) and the International Fund for Agricultural Development (IFAD) in order to boost climate finance for these rural populations.

At the request of Sahelian Ministers in September 2020, IFAD and other GCF accredited entities will submit projects for funding consideration by the GCF’s Board, under this new Great Green Wall Umbrella Programme (GGW Up). IFAD will lead the set up of the programme and ensure its coordination with other partners. Project activities will aim to restore ecosystems and tackle the interlinked issues of climate change, job creation, poverty alleviation, food security and peacebuilding.

Yannick Glemarec, the Executive Director of the Green Climate Fund, pointed out that “GCF is committed to scaling up the efforts of Sahelian countries to establish and develop the Great Green Wall, combating the effects of drought, deforestation and climate change. With an expanded focus on strengthening sustainable agricultural value chains across the region and increased private sector investment in decentralized renewable energies, this innovative programme will boost climate adaptation and resilience of millions of people, as well as supporting local ecosystems and biodiversity.”

Although IFAD is a new partner to the GGW initiative, it brings 40 years of experience working with vulnerable rural populations in the Sahel and a proven track record of greening Sahelian areas, with ongoing investments amounting to $480 million in the GGW area. To scale up these efforts, IFAD and other GCF accredited entities will also submit projects and programmes to the GCF Board, which together will aim to leverage up to a total of $1 billion in multi-partner resources for the GGW in 2021 and 2022.

Climate change is a driver of hunger. In the Sahel, rural people who depend on rain-fed agriculture and pastoralism are already experiencing higher temperatures, shorter wet seasons and more frequent storms which damage crops and lands. Last year, in Sub-Saharan Africa, about 22 percent of the population suffered from hunger, with a increase of 60 million more hungry people since 2010. With the population set to double by 2050, millions of rural youth in the Sahel face an uncertain future due to falling agricultural yields, and a severe lack of investments and jobs in rural areas, fueling migration and conflicts over a shrivelling natural resource base.

The GGW Up will support land restoration and the sustainable management of natural resources, scaling up existing investments in the GGW by other partners over the last 12 years. Small-scale farmers and agribusinesses will have better access to markets and strengthened value chains, creating economic opportunities and jobs, through the development of climate-resilient infrastructure and expanding the use of solar energy.

The umbrella programme will enhance synergies between projects, increase their impact, and ensure harmonised monitoring and evaluation. It will support the Sahelian countries in the achievement of their Sustainable Development Goals over the next decade.

“The GGW Up of the GCF and IFAD is a significant boost for rural communities. Not just because it targets small holder farmers fighting to save their lands, but because, from the UNCCD perspective, it’s the kind of ambitious economic stimulus that, at once, can help to rebuild livelihoods devastated by COVID-19 and build the food security of households threatened by the worst effects of climate change,” says Ibrahim Thiaw, Executive Secretary of the United Nations Convention to Combat Desertification.

The GGW Up initiative contributes directly to the Great Green Wall Accelerator, a wider initiative led by France to realise the GGW targets by 2030.

Note to the editors

Endorsed by the African Union in 2007, the GGW is one of the earliest international land restoration initiatives that brings together African countries and international partners, under the leadership of the AU and the Pan-African Agency of the Great Green Wall (PAA). A broad set of African and international partners are involved in the initiative through project implementation and development, or through the funding of several ongoing and future projects in all GGW countries. The GGW goes through Senegal, Mauritania, Mali, Burkina Faso, Niger, Nigeria, Chad, Sudan, Ethiopia, Eritrea, Djibouti.

The Green Climate Fund (GCF) is the world’s largest dedicated climate fund. GCF’s mandate is to foster a paradigm shift towards low emission, climate resilient development pathways in developing countries. GCF has a portfolio of over USD 7 billion (USD 23 billion including co-financing) delivering transformative climate action in more than 100 countries. GCF is an operating entity of the financial mechanism of the United Nations Framework Convention on Climate Change (UNFCCC) and serves the 2015 Paris Agreement, supporting the goal of keeping average global temperature rise well below 2 degrees Celsius. 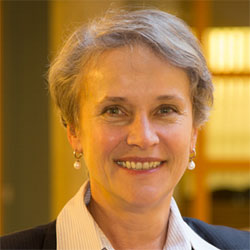