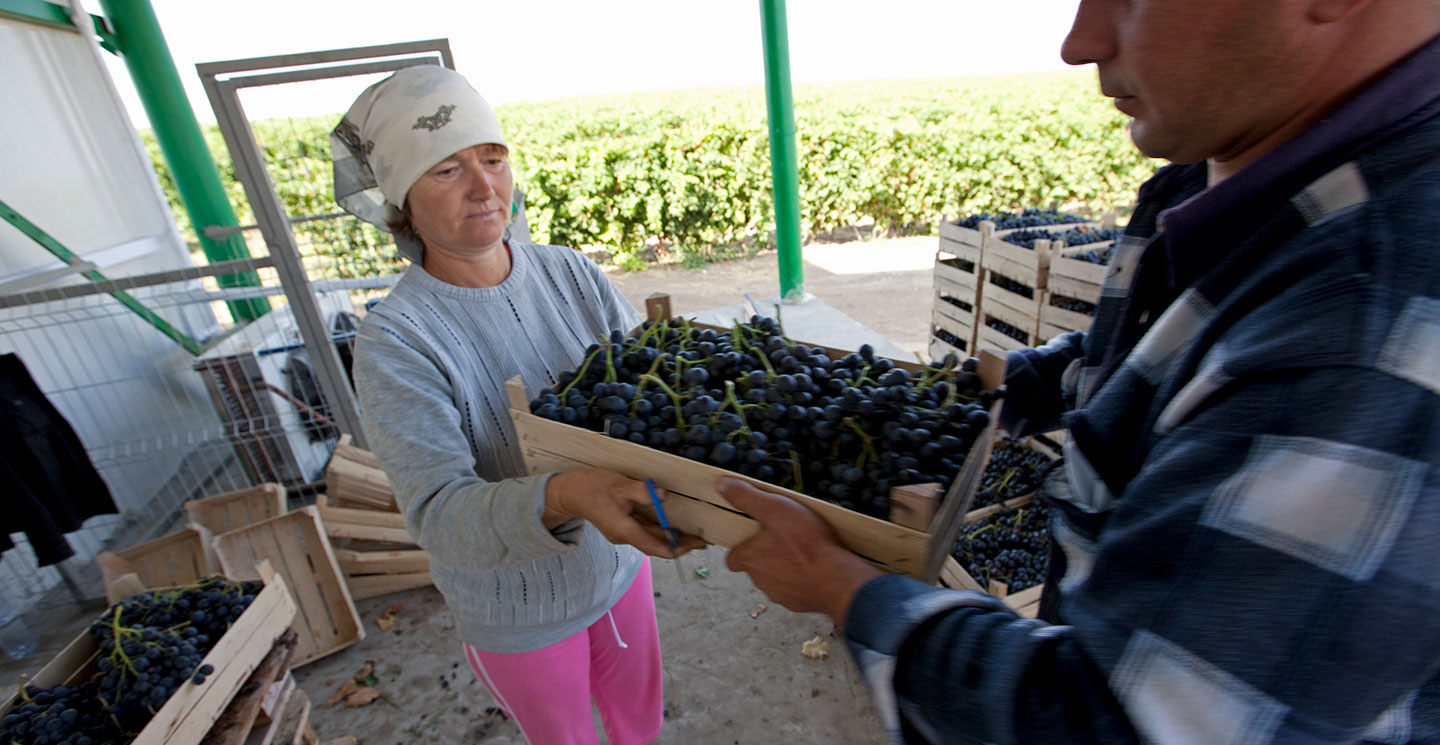 Rome, 11 April 2017 – The International Fund for Agricultural Development (IFAD) and Moldova today signed an agreement to fund a new project aimed at driving the transformation of the country's rural economy and helping to generate employment for over 44,000 poor rural people.

Through improved access to irrigation, productive agricultural lands and business planning, the Rural Resilience Project will create full time and seasonal employment for agricultural workers, especially women, in cultivation of high value crops as well as jobs in construction and agribusiness.

The total cost of the project is US$38.7 million of which IFAD is providing an $18.2 million loan, a $500,000 grant and an additional grant of $5 million financed through IFAD’s Adaptation for Smallholder Agriculture Programme. The project is co-financed by the Government of Moldova ($2.9 million) the beneficiaries themselves ($9.5 million) and other participating financial institutions ($2.6 million).

The agreement was signed by Gilbert F. Houngbo, President of IFAD, and, Iurie Usurelu, Deputy Minister of Agriculture and Governor of Moldova.

Moldova is a small country where more than 61 per cent of the people live in rural areas. Although it is one of the poorest countries in Europe, poverty is steadily decreasing thanks to the country's economic growth, increased remittances and modernization of agriculture.

“The agriculture and agribusiness sector is a driver of growth and a vehicle for poverty reduction in Moldova, but there are constraints of access to financial services and to climate-resilient infrastructure,” said Tarek Kotb, IFAD Country Programme Manager for Moldova.

“By strengthening resilience, improving economic opportunities and upgrading rural people’s skills, IFAD is aiming  to improve the well-being of the population and contribute to poverty reduction,” he added.

The project will cover the country's rural areas, giving priority to climate-vulnerable farmers to help them gain ground in commercial agriculture. It will also focus on agribusinesses, particularly small and medium-sized enterprises to drive this group towards more productive and profitable business practices. Young entrepreneurs will be targeted with tailor-made strategies to address their unique challenges and opportunities, and at least 30 per cent of the recipients will be  smallholder women farmers.

Since 2000, IFAD has extended loans to Moldova for seven programmes and projects totalling $109.2 million reaching over 134,808  of the poorest rural households.