International Day of Family Remittances: IFAD President calls for more support of the families of migrants to help them build a more secure future

International Day of Family Remittances: IFAD President calls for more support of the families of migrants to help them build a more secure future 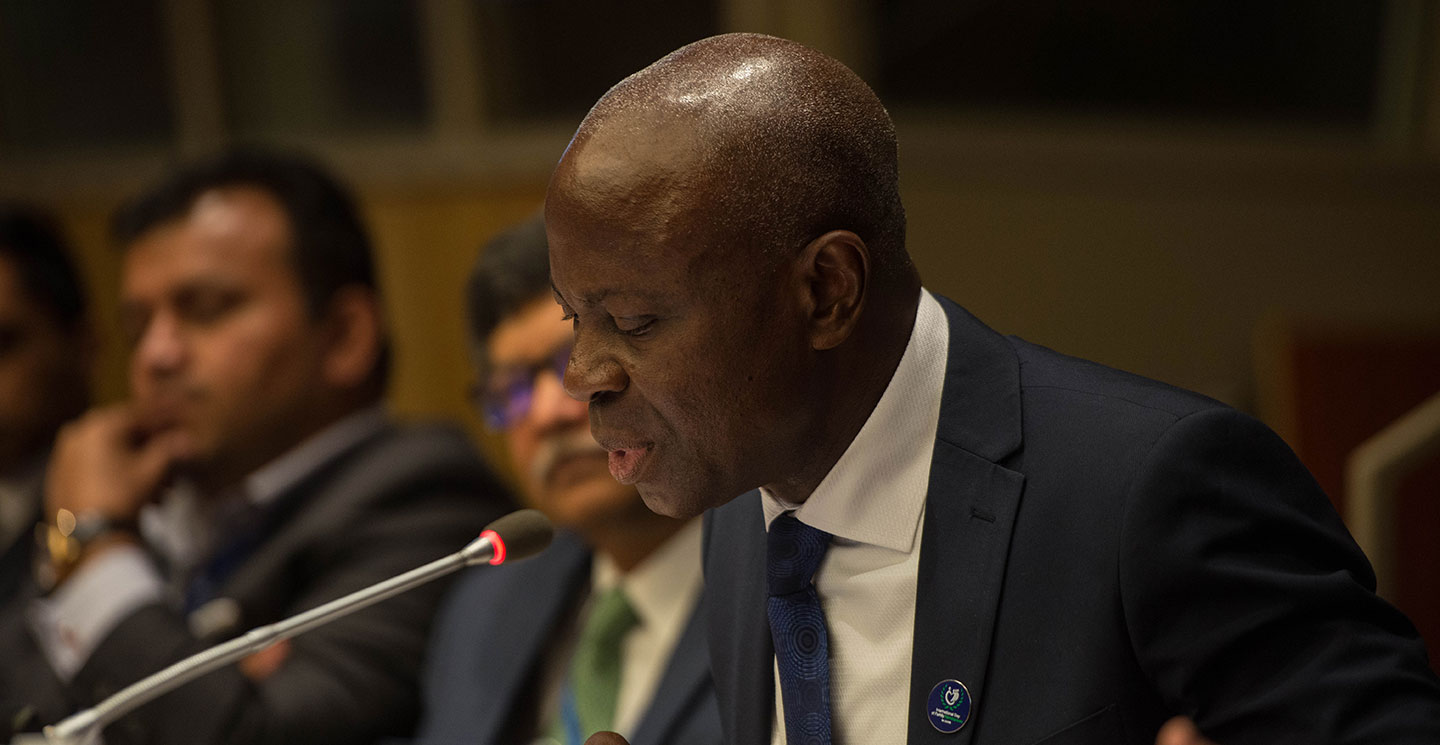 New York, June 16 2017 - Marking the third International Day of Family Remittances on June 16, the President of the International Fund for Agricultural Development (IFAD) reminded more than 400 policymakers, private-sector stakeholders and civil-society representatives of the key role they play to support the more than 200 million migrants who send money home.

“We must work together to leverage and optimize the power of remittances,” said IFAD President Gilbert F. Houngbo at the Global Forum on Remittances, Investment and Development 2017. “We need to pay much more attention to the people who receive remittances and what they do with them. We need to reduce the costs of sending money, and provide many more opportunities for families receiving money to use it productively. Better financial services and financial education should be central to our efforts.”

The forum, a two-day event, is cohosted by IFAD, the World Bank and the United Nations Department of Economic and Social Affairs. Taking place at UN Headquarters in New York, it includes representatives from 40 countries and features 17 panels exploring ways to help more migrant workers and their families maximize the impact of their remittances.

The forum comes on the heels of a new IFAD report that estimates migrants will send back US$450 billion this year to better the lives of 800 million family members in their countries of origin. The report also shows that while most migrant earnings will be injected into the economies of the countries where they live and work, of the amount sent home to family members, 40 per cent will be directed to rural areas. Houngbo said it is in the rural areas where remittances can help the families of migrants build a more secure future, making migration for young people more of a choice than a necessity.

“We need to recognize that remittances are especially critical in rural areas,” Houngbo added. “This is where most poor and hungry people live, and given the lack of infrastructure and rural financial institutions, these areas deserve a special focus.”

But at the same time Houngbo cautioned that “remittances are private money, going directly into the pockets of recipient families. They know best what they need, and how best to achieve it, at the lowest cost. Our job is to help them.”

The International Day of Family Remittances recognizes the significant financial contribution migrant workers make to the wellbeing of their families back home and to the sustainable development of their countries of origin. It also helps to strengthen current partnerships and create new synergies among sectors to promote the development impact of remittances worldwide. The international day was unanimously proclaimed by all 176 member states of IFAD's Governing Council at its 38th session in February 2015, and was noted in the UN General Assembly’s Resolution on International Migration and Development.

IFAD invests in rural people, empowering them to reduce poverty, increase food security, improve nutrition and strengthen resilience. Since 1978, we have provided US$18.5 billion in grants and low-interest loans to projects that have reached about 464 million people. IFAD is an international financial institution and a specialized United Nations agency based in Rome – the UN’s food and agriculture hub.For more about IFAD, visit www.ifad.org.