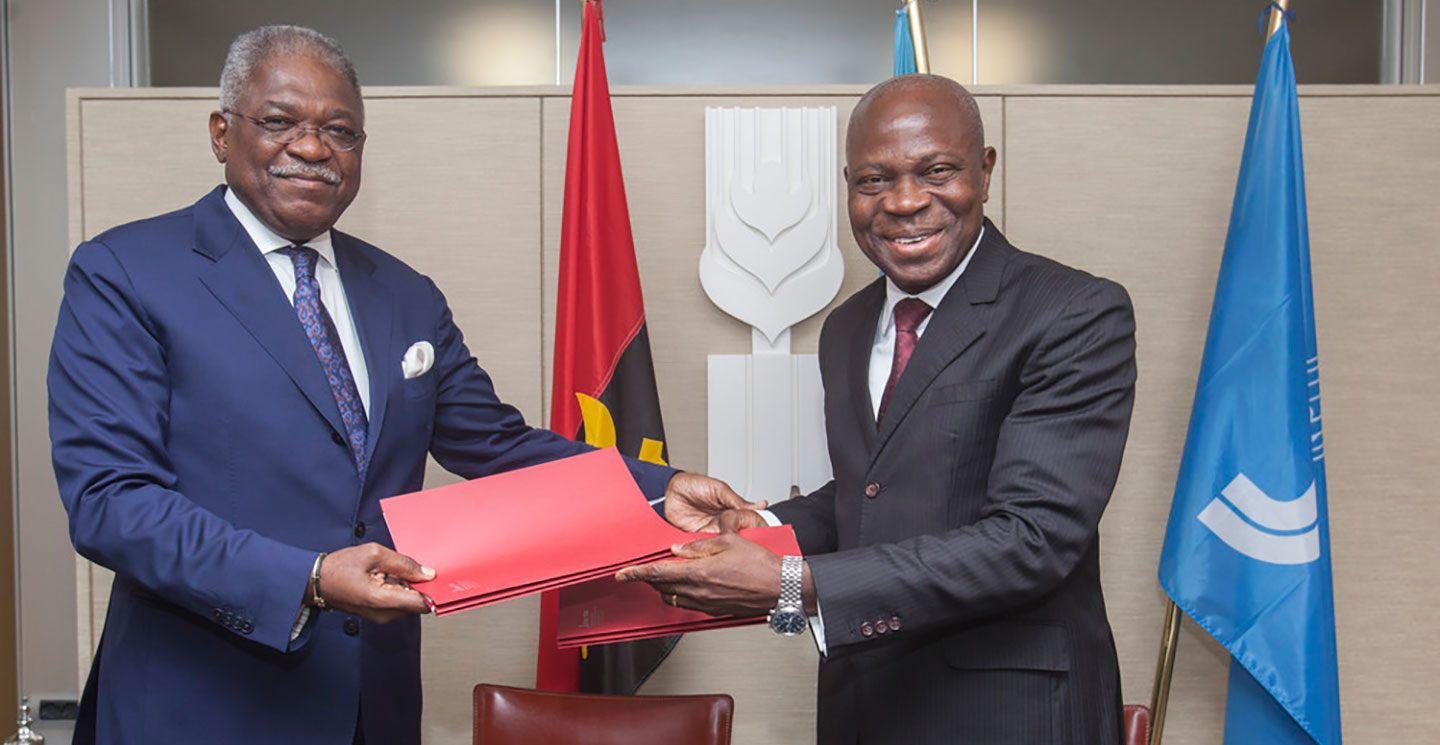 Rome, 9 August 2017 – A total of 60,000 Angolan rural households in Cuanza Sul and Huila provinces will benefit from a financial agreement, signed today between the International Fund for Agricultural Development (IFAD) and Angola, that will generate revenue and boost food and nutrition security of poorer households. The project will increase smallholder agriculture productivity, production and marketing for selected crops and will place a special focus on women and young people.

The financing agreement for the Smallholder Agriculture Development and Commercialization Project in Cuanza Sul and Huila Provinces (SADCP-CH) was signed in Rome by Gilbert F. Houngbo, President of IFAD, and Florêncio Mariano da Conceição de Almeida, Ambassador and Permanent Representative of Angola to IFAD.

The total cost of the project is US$38.2 million, including a $28.8 million loan from IFAD. The project will be cofinanced by the Government of Angola ($8.2 million) and by the beneficiaries themselves ($1.1 million).

During Angola’s 26-year civil war, the agriculture sector was devastated and productivity plummeted. Due to instability, many smallholder farmers reverted to subsistence farming to feed their families. What minimal surplus they had, they sold in local markets. SADCP-CH will help subsistence farmers increase agricultural production and productivity through improved agricultural practices and technologies. Farmer field schools will strengthen the skills of smallholders and their organizations.

With most agriculture in the region dependent on rainfall, SADCP-CH will also enhance access to water and more efficient water use. It will develop small-scale irrigation systems, focussing on the rehabilitation of existing schemes that cover about 500 hectares in the project area.

Support will be provided to farmers’ organizations to promote climate resilient agriculture for key priority food and horticultural crops, while working to promote investments aimed at reducing post-harvest losses and strengthening market linkages.

For example, the project will pilot and promote low-cost technologies for storage and processing of perishable products. This will help farmers capitalize on the market, rather than being subject to opportunistic traders that are well aware of product perishability. The expectation is that the increased demand for goods and services in rural areas will spur the creation of non-farm jobs, in particular for the young people.

Since 1991, IFAD has financed six rural development programmes and projects in Angola for a total cost of $139.7 million, with an IFAD investment of $76.0 million directly benefiting 261,600 rural households.