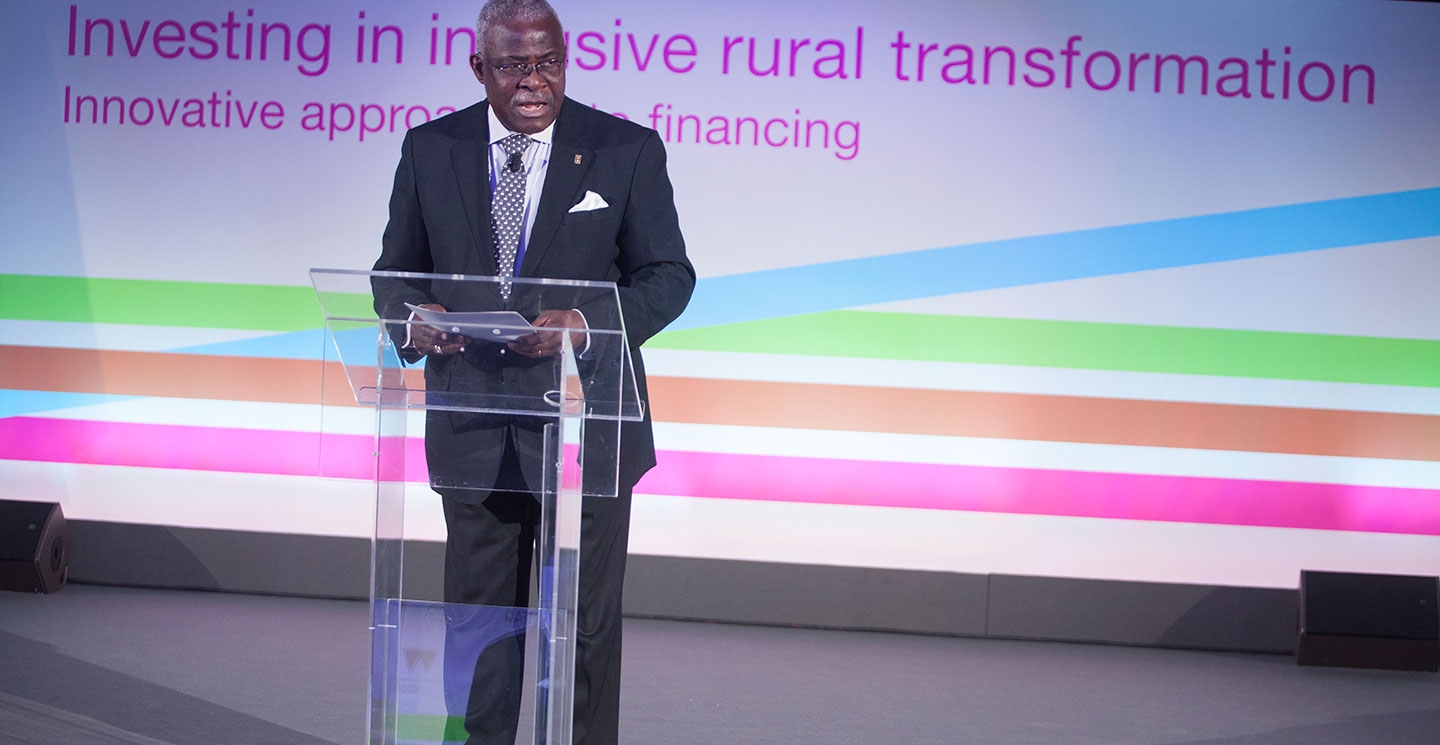 Rome, 27 January 2017 – The establishment of a new network to help bridge the estimated US$150 billion financing gap that prevents small rural producers and businesses in developing countries from growing their operations and strengthening rural economies, was announced today.

The announcement, made by Kanayo F. Nwanze, President of the International Fund for Agricultural Development (IFAD) and Enrico Morando, Italy’s Deputy Minister of Economy and Finance, came at the end of a three-day international conference in Rome focused on finding new ways to finance rural development.

Poverty and lack of economic opportunities in rural areas result in migration to cities and beyond, contributing to global instability and food insecurity. The Smallholder Agriculture Finance and Investment Network (SAFIN) will bring together private, public and philanthropic sectors and rural farmers and enterprises to resolve rural financing challenges with coordinated action and investment.

“It is not just more finance that is needed, but smarter and more targeted finance,” said Nwanze. “The result will not only improve the lives and livelihoods of rural people, it will truly be a greater global good – contributing to a world of greater prosperity, well-being and security,” he added.

“The setting up of SAFIN is an important step,” said Morando. “For the very first time, high level representatives of governments, international institutions, NGOs, civil society and private partners will work shoulder-to-shoulder to share good ideas and best practices to make finances and financial services available to smallholder farmers.”

The announcement to create SAFIN comes at a critical time, with political changes and humanitarian crises - such as war, migration and natural disasters - reshaping global priorities and potentially diverting money away from rural development.

Three quarters of the world’s poorest people live in rural areas of developing countries, with the majority of them dependent on smallholder farming and associated industries for their livelihoods. A lack of access to financial services prevents them from growing their businesses, earning decent incomes and developing their communities and economies.

Often referred to as the “missing middle”, small- and medium-sized enterprises in rural areas are often considered too big to access micro-finance and too small to receive loans from commercial banks, who view smallholder farming and rural enterprises as risky investments.

“With such a network, the problems of smallholders will be told to the world and solutions will be found,” said Rupinder Singh Sodhi, Managing Director of Gujarat Co-operative Milk Marketing Federation in India, who spoke in support of the network.

The conference “Investing in inclusive rural transformation: innovative approaches to financing” was co-organised by IFAD, the Italian Ministry of Economy and Finance, the Brookings Institution and the University of Warwick.