IFAD President at IITA in Nigeria 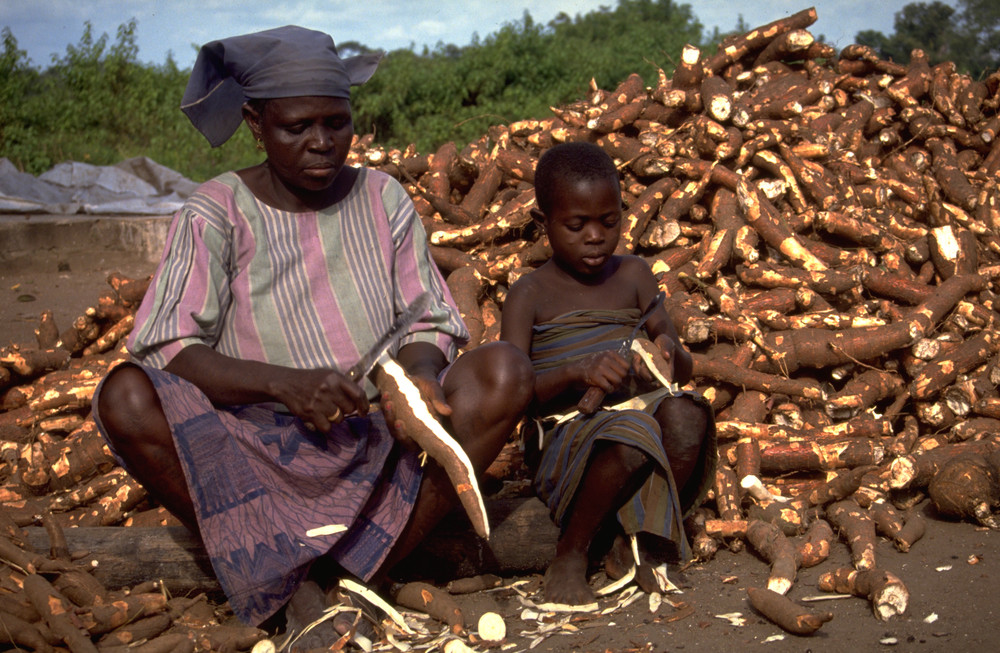 Rome, 16 August 2012 – Kanayo F. Nwanze, the President of the International Fund for Agricultural Development (IFAD) will deliver a keynote speech at the International Institute of Tropical Agriculture (IITA) in Ibadan, Nigeria on 21 August about the critical role of research in obtaining food security for the country and beyond.

"No one is better placed to know conditions on the ground in Nigeria, and to discover solutions to the country's challenges, than Nigerian scientists themselves," Nwanze said prior to his departure. "We cannot and should not rely exclusively on research done in developed countries to address the needs of developing countries." Nwanze, a scientist by training, was previously Director-General of the Africa Rice Center for a decade.

Headquartered in Nigeria, IITA is an international research center that works on enhancing crop quality and productivity for tropical countries. It is a member of the CGIAR research consortium, which aims to increase food security and reduce rural poverty. Last month, the Nigerian government and IITA announced the release of two new hybrid maize varieties that are high in Vitamin A. In March, they announced a similar initiative with cassava. Development of the new varieties were carried out in partnership with local farmers.

Food self-sufficiency in Nigeria received a significant boost last year, when President Goodluck Jonathan pledged to end rice importation by 2015. The country spends about US$3 billion a year to import rice. The government also plans to boost cassava production by 17 million tons during the same timeframe. Nigeria was once a net exporter of major food and cash crops including rice, groundnuts, cassava, cocoa, cotton and palm oil. Currently, the agricultural sector accounts for about 40 per cent of the country's Gross Domestic Product.

As the largest producer of cassava, Nwanze said the country's agricultural sector has immense potential, and that research and development of rural areas are vital to its development. He said that scientists must understand the environment where their innovations and breakthroughs will be used, and the needs of the people who live there. If they don't, their research will never get beyond the lab.

"For research to move from the lab to the field, it needs to be supported by a strong extension system and enabling policies that link research to products and markets so that the applications benefit both the public and private sectors."

IFAD has worked in Nigeria since 1985, and today is partnering with the government on three programmes to strengthen the country's rural sector, with a special focus on women and young people. The new Value Chain Development Programme, which was approved by IFAD's Executive Board in April 2012, will help strengthen the existing extension system in Nigeria. A strong extension system ensures the link between research and farmers, taking new technology from the lab to the farm. Through its interaction with small farmers, extension feeds back information to the scientists to adapt research results to the farmers' needs. The programme will take a holistic approach, driven by demand, to address constraints along cassava and rice value chains. Through an inclusive strategy, it will strengthen the capacity of producers and processors as well as public and private institutions, service providers, policy-makers and regulators.

The International Fund for Agricultural Development (IFAD) works with poor rural people to enable them to grow and sell more food, increase their incomes and determine the direction of their own lives. Since 1978, IFAD has invested almost US$14 billion in grants and low-interest loans to developing countries through projects empowering about 400 million people to break out of poverty, thereby helping to create vibrant rural communities. IFAD is an international financial institution and a specialized UN agency based in Rome – the United Nations’ food and agriculture hub. It is a unique partnership of 168 members from the Organization of the Petroleum Exporting Countries (OPEC), other developing countries and the Organization for Economic Co-operation and Development (OECD)