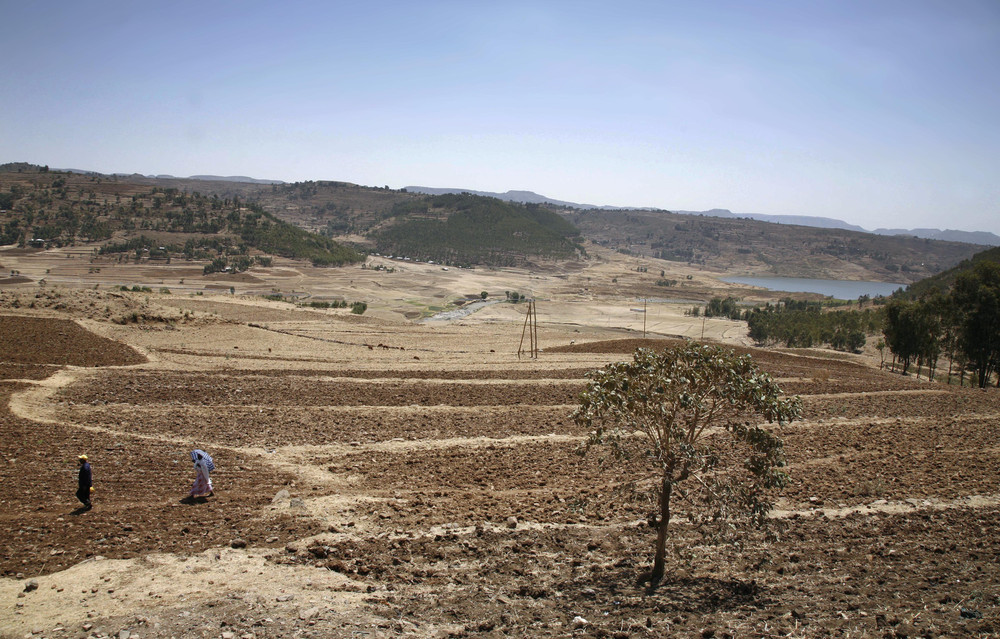 30 August 2017, Rome/Addis Ababa – The heads of the three UN food agencies will visit Ethiopia to highlight the critical food and nutrition security situation. Consecutive climate shocks have resulted in back-to-back droughts, which have caused hunger to soar and malnutrition rates to rise to alarming levels. The agency chiefs will discuss how best to strengthen their support to the Government and its systems so that Ethiopia can continue meeting its development goals while simultaneously addressing humanitarian challenges along the way.

In the worst-affected parts of the country, in the south and south-east, rains have failed for the third consecutive year. More than 8.5 million people require food assistance in the second half of 2017. The response led by the Government has begun to stabilize the situation, however additional efforts and support is urgently needed to prevent the situation deteriorating further.

The agency heads will witness first-hand the scale of the crisis during a field mission to Somali region where the drought has killed many heads of livestock, causing a breakdown in pastoral livelihoods and a jump in malnutrition. The trio will meet drought-affected people who are receiving food rations, visit nutrition centres treating malnourished children and see distributions of essential support to keep the remaining livestock alive.

The current food security and nutrition crisis cannot be resolved by emergency assistance alone. The longer-term solution lies in building communities’ resilience to better withstand shocks and avoid being plunged back into crisis. In Tigray region, the agency chiefs will see the dividends of investing in resilience. They will visit communities where the agencies’ complementary projects have boosted productivity, strengthened livelihoods and improved nutrition.

In Addis Ababa, the three representatives will hold high-level discussions with Government representatives, and UN and other partner organizations, on the life-saving response and the need for greater collaboration and investment in resilience.

Journalists are invited to attend a press briefing to be held at the conclusion of the visit.