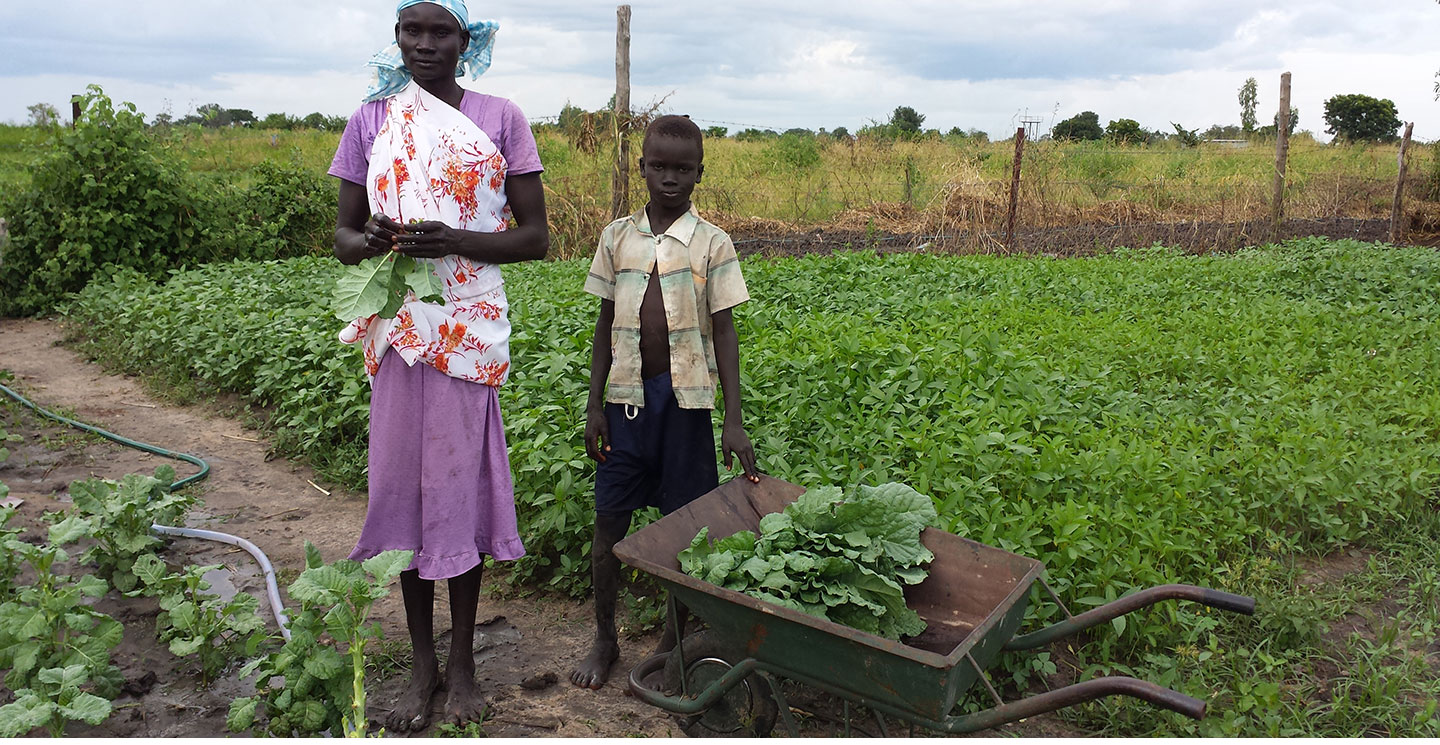 Rome, 26 January 2017 –  Some 128,000 people, including pastoralists, women and youth, will benefit from a new financial agreement between the International Fund for Agricultural Development (IFAD) and Sudan aimed at intensifying an existing project’s efforts to improve livelihoods and resilience in the drought-prone Butana region.

The agreement to provide additional financing for the Butana Integrated Rural Development Project (BIRDP) was signed in Rome by Kanayo F. Nwanze, President of IFAD, and Badreldin Mahmoud Abbas, Minister of Finance and Economic Planning, of The Republic of the Sudan

This financing, which will allow for the expansion of ongoing project activities, totals US$16.47 million and includes a  $10.3 IFAD grant, $3 million from IFAD’s Adaptation for Smallholder Agriculture Programme (ASAP) and $3.15 million from the Government.

"The additional financing would be used to further intensify and consolidate achievements and scaling up of the most successful activities under the initial phase of BIRDP. This entails  promoting the natural resources governance framework to ensure regulated access to land and water for all, and supporting the completion of the rural roads network and crossings,” said Mohamed Abdelgadir, IFAD Country Programme Manager for Sudan.

The original eight-year project was designed in partnership with the Government in 2008 and, over the years, made considerable progress in terms of food security, drought resilience and poverty reduction. For example, improvements were made to water infrastructure to address the impacts of climate change and drier climatic conditions, and rangeland and forests were rehabilitated. At community level, dispute cases over natural resources decreased by 50 per cent, and there has been a 77 per cent increase in access to markets. At the individual level, households have increased their resilience to drought and developed innovative coping mechanisms such as establishing 291 irrigation systems to develop home vegetable gardens, and strengthening indigenous village poultry systems which included training 878 people in livestock production technology. Because of the projects' activities related to vegetable gardens, today's diets are more diverse and in some communities consumption of vegetables has multiplied five times over. The expansion of rehabilitated terraces and the sustainable intensification of sorghum are also contributing to food and nutritional security.

Due to the magnitude and challenges facing those living in the area, however, it became clear that with additional funds the projects successful interventions could reach more people in more remote parts of the region.

Since 1980, IFAD has financed 20 rural development programmes and projects in Sudan for a total cost of $758.2 million, with an IFAD investment of $299.3 million directly benefiting 566,000 rural households.