Don’t count your chickens before they hatch

Don’t count your chickens before they hatch

The second Friday in October is World Egg Day. A day to recognise the vital role of eggs in feeding people around the world.

Many people in developing countries keep a small number of poultry for home consumption, either for meat or eggs, and as a source of income from the sale of these products. There is minimal investment needed to keep poultry, with most of the inputs generated in the farm and labour provided by family members. Even though production may be quite small, a big advantage of family poultry egg production is a frequent provision of nutrients of high biological value.

The scale and type of poultry rearing varies greatly from scavenging to small-scale intensive. IFAD-supported projects also look at the conditions and requirements of these systems, such as the type of genetic resources used, feeding practices, disease prevention and control, flock management and how these factors interact. 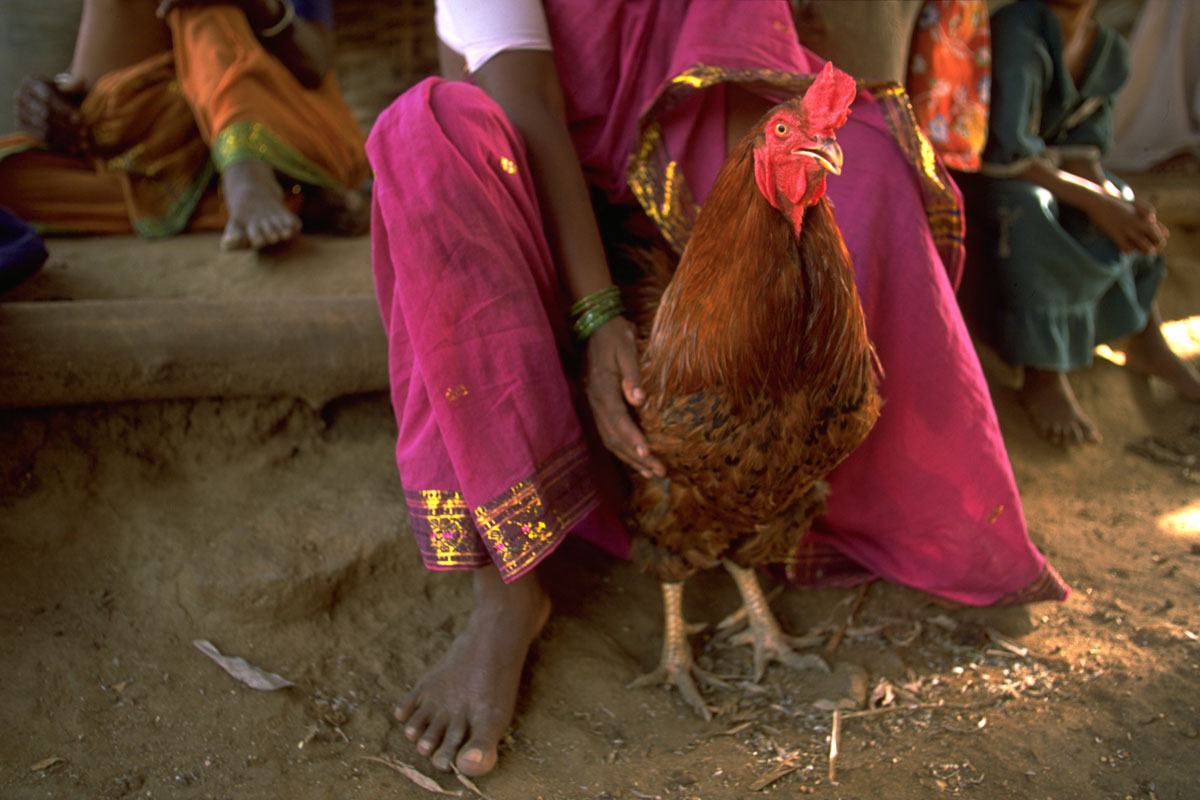 A Vanaraja chicken in India is larger than native birds and produces more eggs. Eggs are an important part of the tribal diet and chicken meat is eaten mainly during religious festivals. The majority of tribal families keep between six and eight chickens. 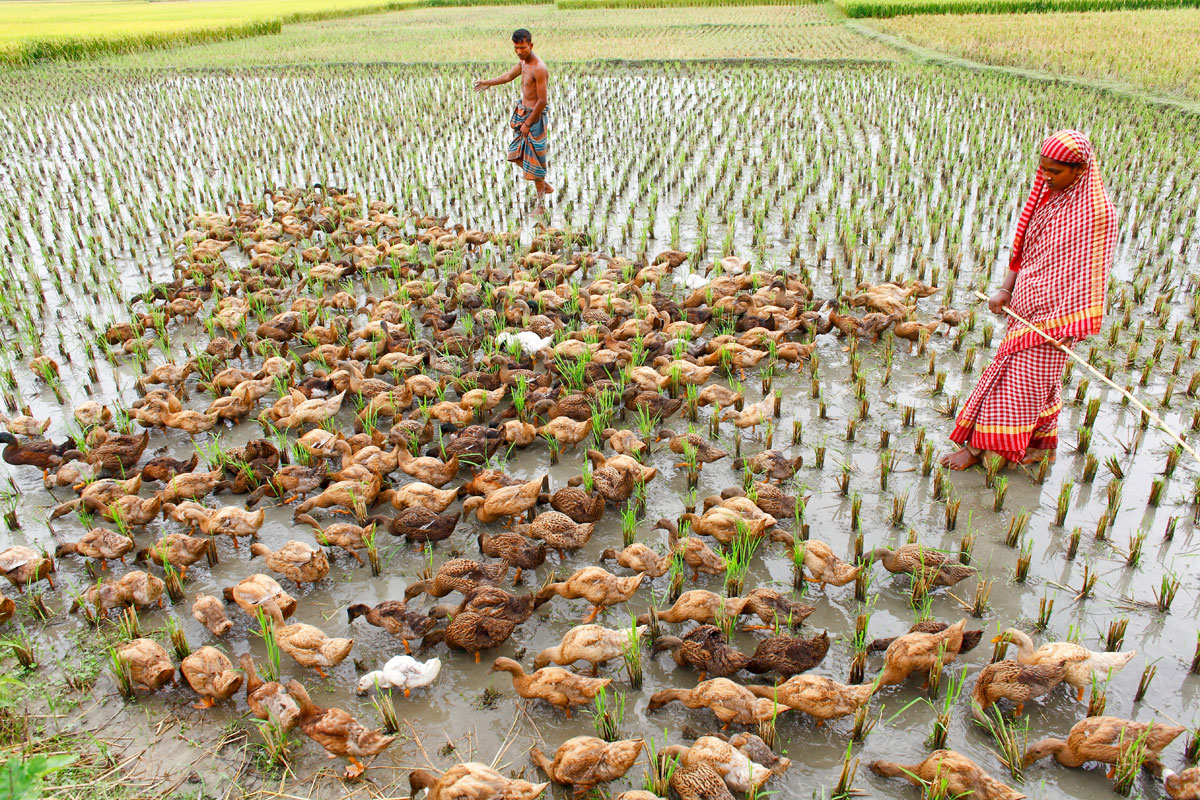 Apart from providing eggs and meat, poultry also have other important roles. In Asia, village poultry manure is used as feed for fish as part of an integrated system where poultry are raised on top of ponds. Family poultry can be part of a crop production rotational system where they can help reduce pathogens and pests. Having access to a variety of insects, weed seeds, crops and even minerals also helps the nutritional value of the birds and eggs. In Bangladesh, Morjina keeps over 300 ducks on her rice paddies to eat pests, fertilise the paddy and provide eggs. 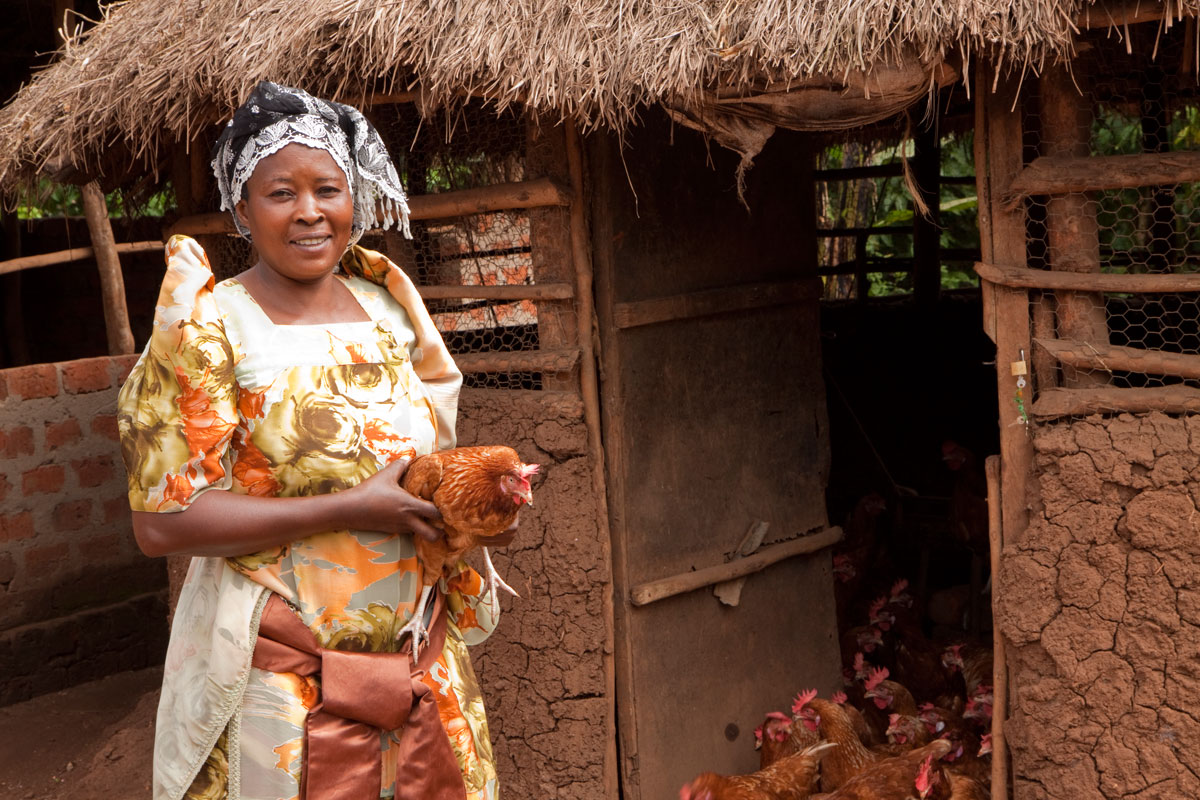 Najiemba raises poultry in Uganda. With a loan from an IFAD-supported project she started with 100 ‘layers’ and 100 ‘breeders’. She now has 600 chickens. She sells eggs and chickens to support her family and send her children to school. 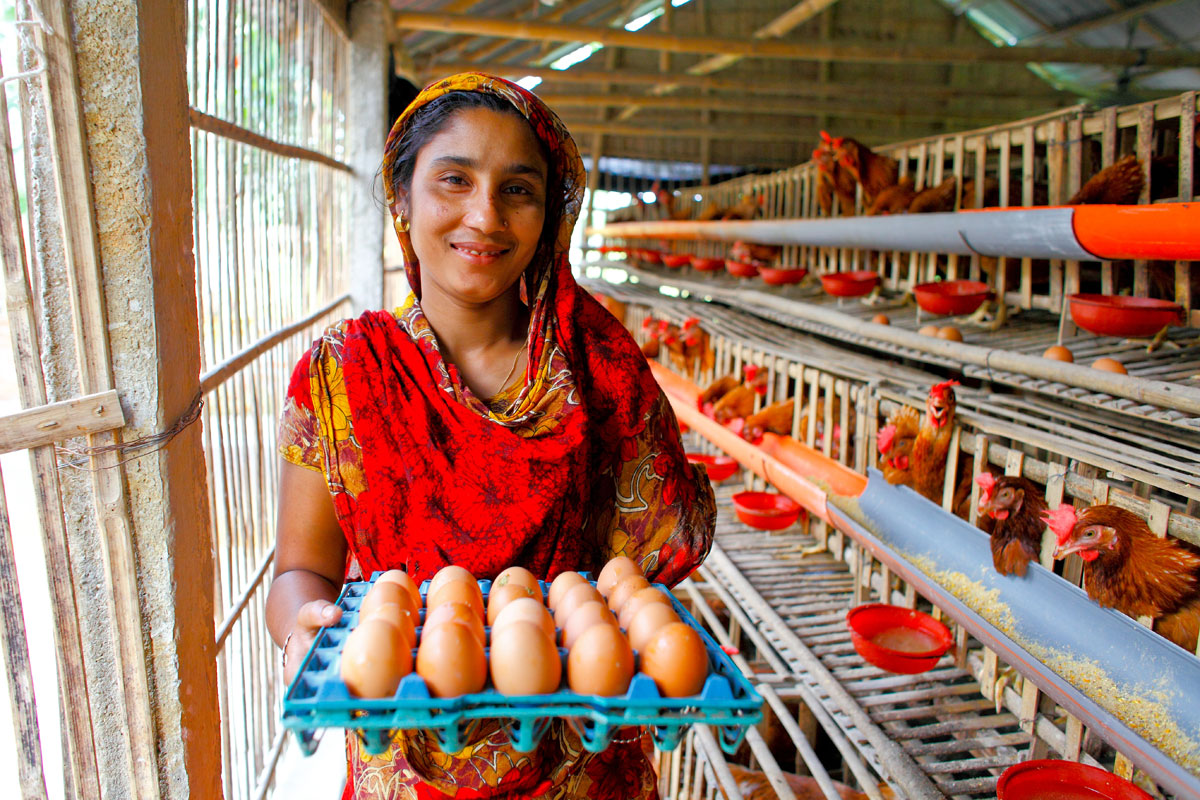 Morium works on a chicken farm she runs with her husband in Bangladesh. They have over 900 chickens on their farm which produce almost 900 eggs per day. 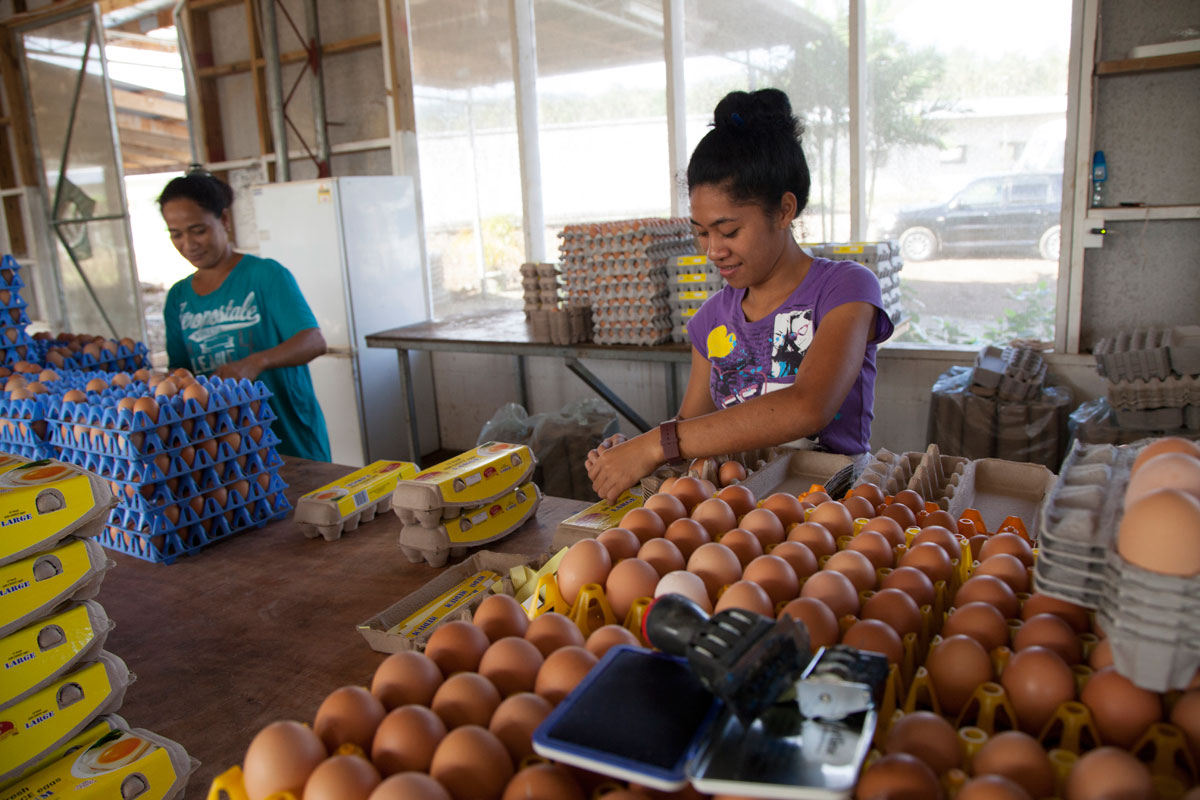 Workers package eggs on a chicken farm in Samoa. They produce around 40,000 eggs a day and they sell 80 per cent of the eggs in Samoa and export the rest to New Zealand, which is six days away by boat.