15 October, 2015 - IFAD has been working with women of the Uygur people in a mountainous region of China to enable them to earn an income from their daily bread production. Naan bread is a staple in the local diet and is traditionally baked by the female members of the household.

Building on the women's skills and experience as bakers, the IFAD-supported Xinjiang Uygur Autonomous Region Modular Rural Development Programme has given training and micro loans that help the women set up home-based businesses. Crucially, the programme has also helped them to establish an association that expands their market reach and makes technical advice and support available.

As members of the Yanchi Naan Women's Association, the women are making their own money, often for the first time in their lives, and seeing the benefits of economic empowerment.

With the money they earn, the bakers are able to buy essentials such as nutritious food, healthcare and education for their children. In addition, their increased incomes also bring less tangible things like hope, self-respect, choice, security and status.

Economic empowerment is the first objective of IFAD's gender policy and its importance to gender equality and women's empowerment overall cannot be overstated. 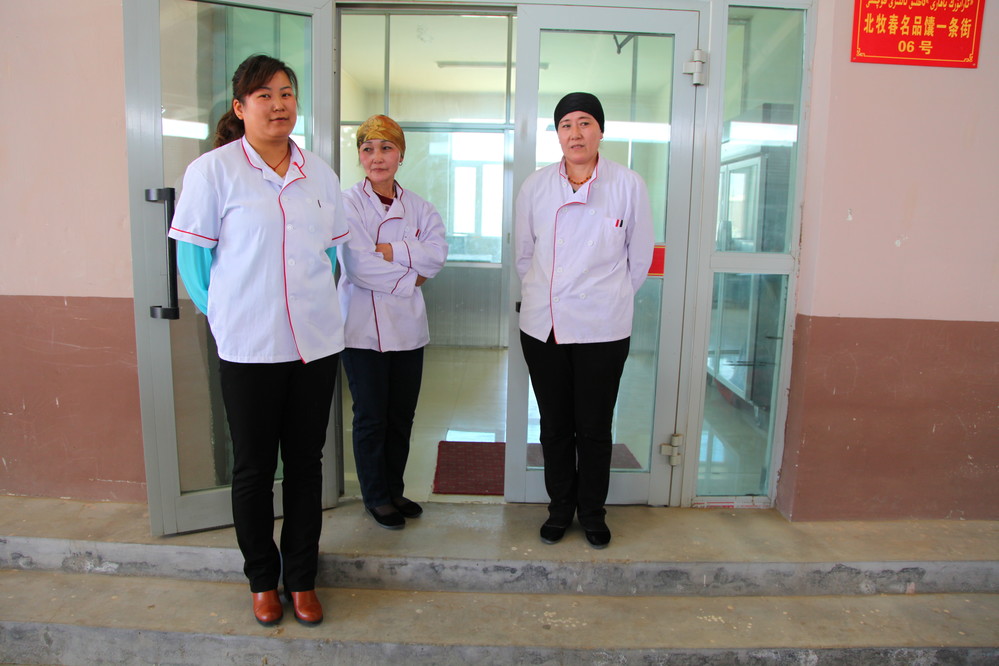 Members of the Yanchi Naan Women's Association stand outside their small, industrialized naan factory in Yanchi town. The IFAD-supported project has provided the women with training and commercial baking equipment.

Yan Rong Wu (left) is the business manager hired by the women's association. She runs the small bakery. She also works with members of the association who make naan in their own homes, setting quality standards and supervising production.

"I used to have my own business," she says. "Now I am able to use my experience to run this women's naan making business. I am very happy to do this work." 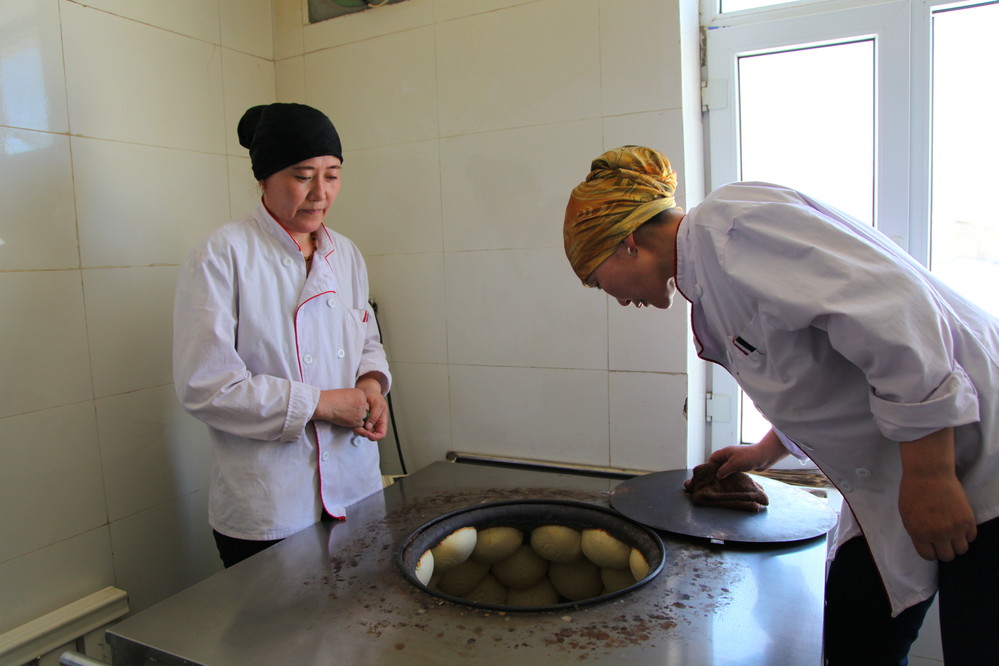 The electric oven in the naan factory mimics the traditional wood-burning stone oven that is used by local Uygur women in Yiwu county. With the new oven they bake 200 naan per day. The women are also able to prepare fancier versions of decorative bread for special occasions such as weddings. 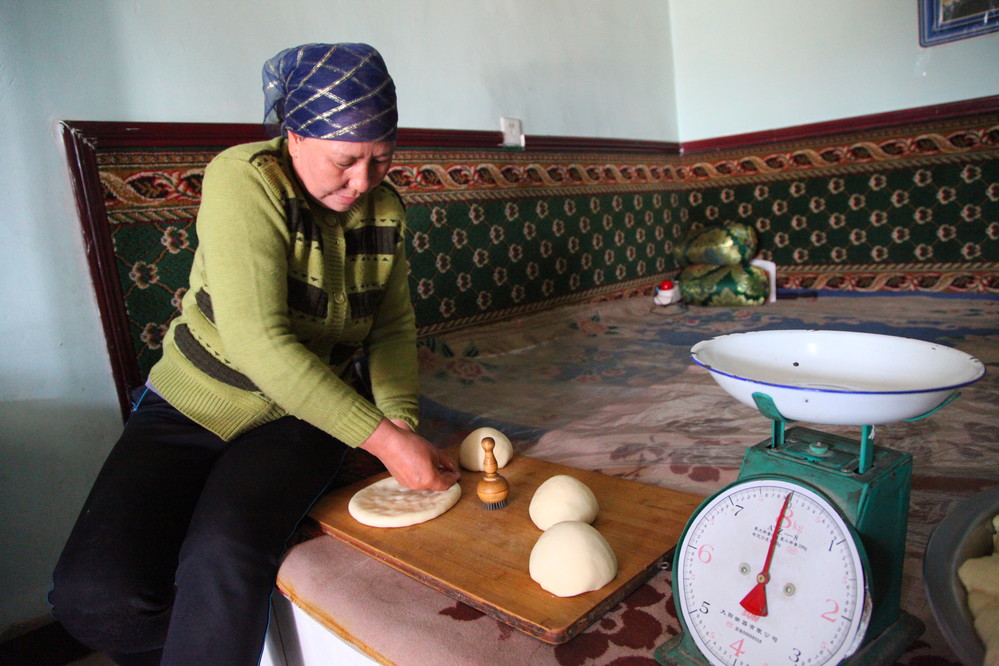 Turcunhan Hojamniyaz, 50, sells naan bread from her home in Yanchi town. Turcunhan also belongs to the Yanchi Naan Women's Association. She has taken training and been given guidelines on the standard recipe for selling naan to the group for resale.

Turcunhan is lucky because she lives alongside a main road and is able to attract many retail customers as well. She sells between 500 and 700 naan per day. She runs a traditional wood burning stove to make 5 batches of bread with 140 pieces per batch. 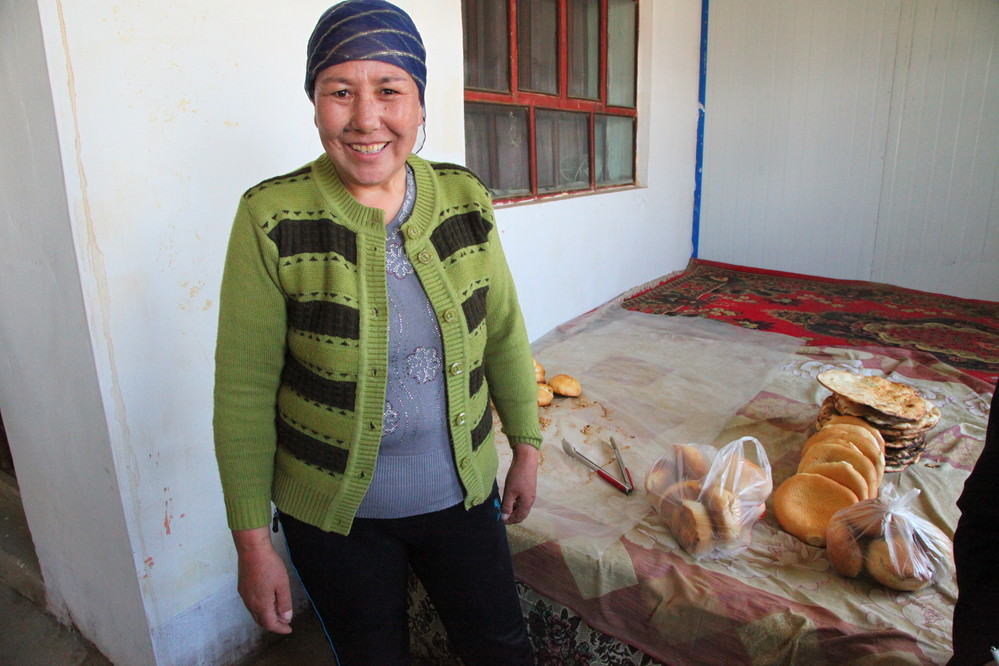 Turcunhan has an excellent reputation as a naan baker in the town. When she is working to fulfill contracts provided by the women's association, she follows a standard recipe which includes flour, oil, salt, milk and egg in specific proportions. For bread that she bakes for her own customers, Turcunhan uses her own secret recipe and earns extra praise from local customers.

"I can use my knowledge to perfect my recipe and sell my bread to my customers," she says. "By changing quantities of the ingredients, you can change the flavour and consistency of the bread." 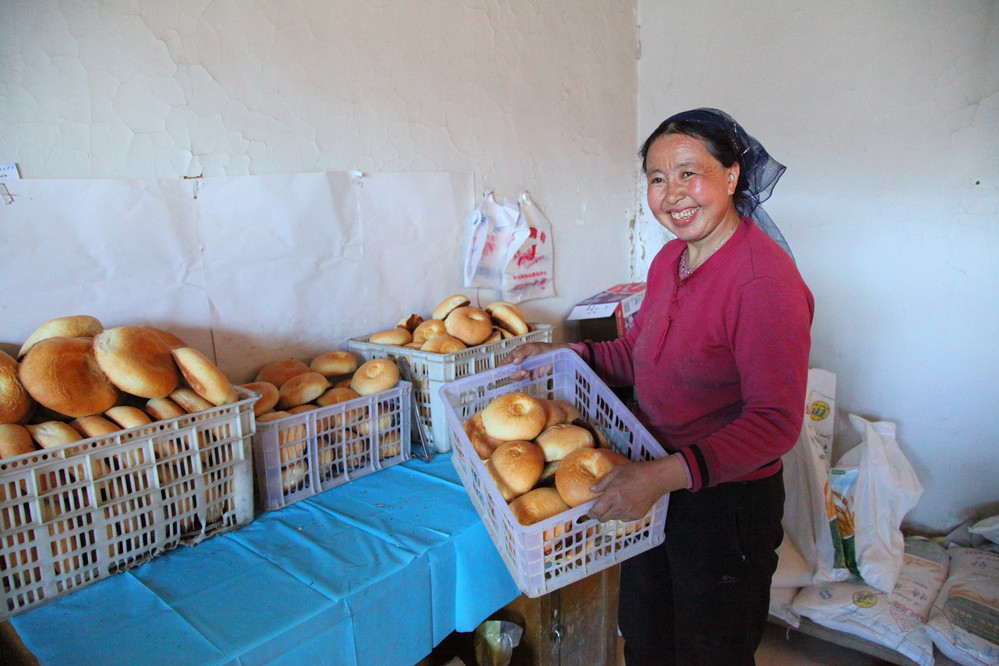 Rushangul Yakya, 48 also shown in the top picture, is a naan baker in Yanchi town. She uses a traditional clay oven in her own home to make 800 to 1200 bread rolls per day. She has been making naan for 12 years. Yakya is a member of the women's association and has received training on how to bake for them. She now gives training to other women so that they too can reap the benefits of economic empowerment.

Yakya also raises goats. She currently owns 80 goats and 10 cows. She uses some milk from her own cows to make the bread but still has to buy some as it is not enough.

"I already knew how to bake bread," says Yakya. "But by receiving training, I can now train other women to participate and earn extra income." 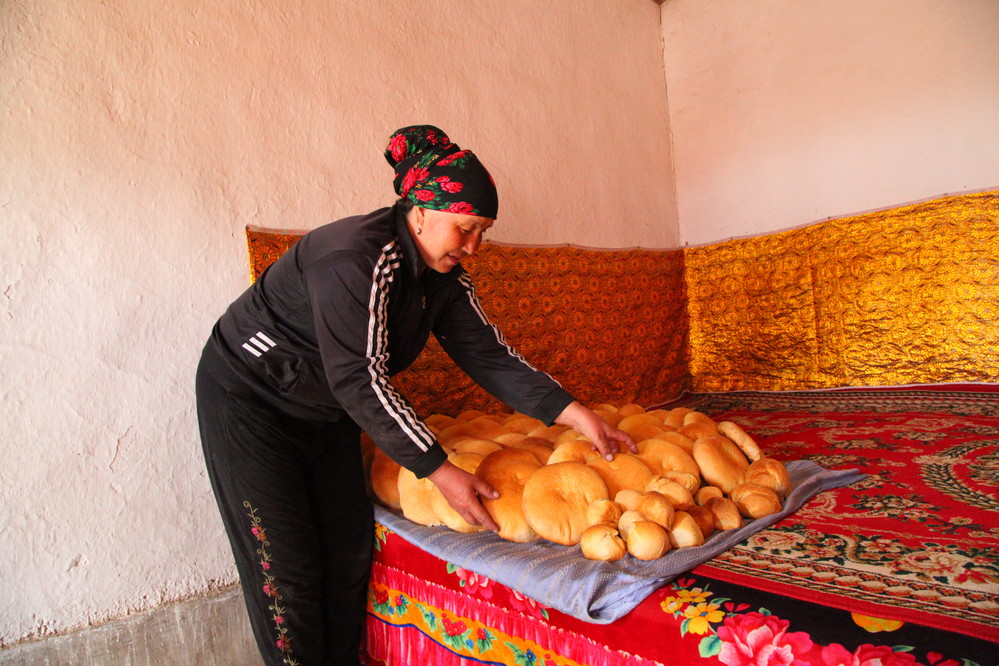 Tohtehah Aziz, 46, is a member of the women's association who bakes naan at home to sell in Yanchi town. She makes about 120 large buns a day. Some are for local customers and some are to fulfill contracts for local weddings.

She has benefit from the project, though not directly. When Aziz saw some of her neighbours baking naan and increasing their household income, she wanted to take part. She had a friend introduce her to the women's association and she requested training from them. She has been able to increase her income by 4000 yuan (US$645) per month. In addition to baking, she also raises goats.

"I hope to start my own women's group some day," says Aziz. "I am using the extra income to set aside money to send my two children to college. They begin this fall." 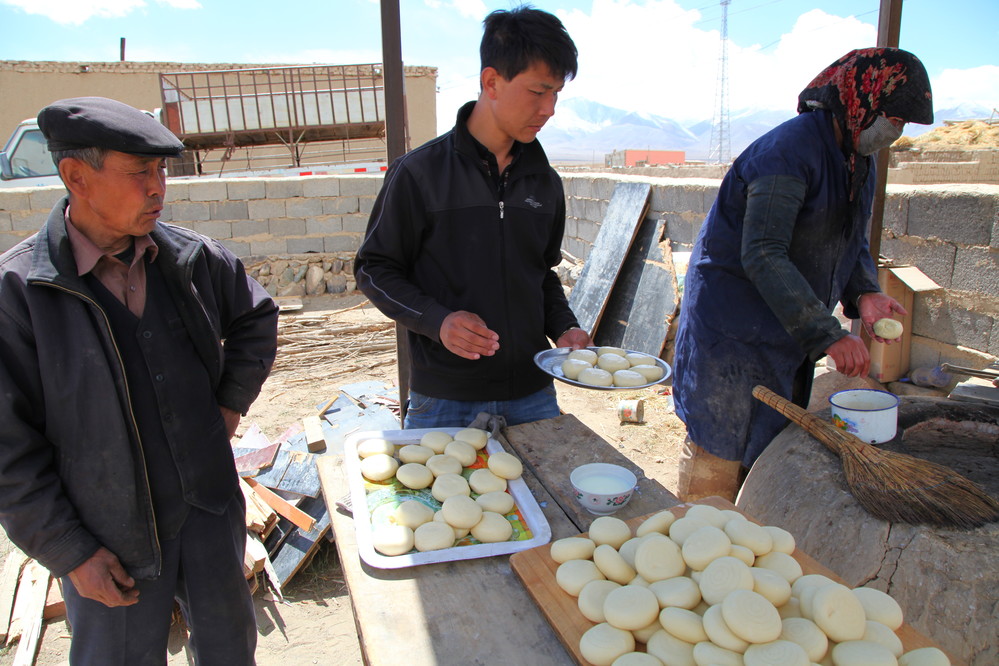 Today Ipakhan Adili is making 300 small buns for a wedding order with help from her family. She has been making bread for two years. She received training from the project and is a member of the women's association in Yanchi town. She has three children and her daughter is currently enrolled in university.

"I tried to grow mushrooms, but it wasn't for me," says Adili. "The greenhouse was wet and cold and it was a lot of work. I like making bread because it is warm and smells good." The additional income Adili brings home from making naan bread has gained her respect and status in the family. Her husband and son are now working with her in naan baking, a task traditionally carried out by women.